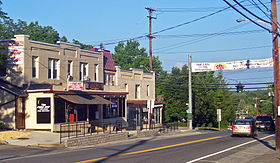 Bloomingburg Jewish Education Center v. Village of Bloomingburg, 2015 WL 3604300 (S.D.N.Y.) involved the purchase of property and moving in of Hasidic Jews in Bloomingburg, the adjacent defendant community of Mamakating, the resistance of existing community members, and their elected officials to these efforts, allegedly in violation of the First Amendment, the Equal Protection Clause, the federal Religious Land Use and Institutionalized Persons and Fair Housing Acts and New York law. Defendants seek dismissal of those claims. Specifically, Plaintiffs allege Defendants obstructed a housing development marketed to potential Hasidic buyers, impeded a private Hasidic religious school and mikvah (a Hasidic ritual bath used for purification), and engaged in a program of harassment and discriminatory code enforcement aimed at Hasidic Jews.

Plaintiffs alleged that the housing development at issue was proceeding well until it became known it was being marketed to Hasidic Jews, at which time the Rural Community Coalition (RCC), which opposed that development and the entry of Hasidic Jews into the community, became influential and a number of opponents to the development were elected. A moratorium on existing residential development (almost all of which was associated with the Hasidic community) was passed. A site plan application went through three hearings before a planning board with angry crowds before it was rejected to audience cheers. A court annulled that decision, but the village dissolved the planning board and delegated its duties (including the subject application) to the Town, which allegedly stalled on processing the application. After the suit was filed, the application was approved. The town building inspector approved the mikvah as an allowed use, but neighbors appealed that decision to the Town Board of Zoning Appeals, which denied it without a reasoned decision. An appeal was pending. There were numerous examples of anti-Hasidic remarks, electioneering, public employee hiring choices, and discriminatory administrative and other public entity decisions (including an effort of the village to dissolve itself). The court now had before it Defendants’ motions to dismiss for failure to state a claim.

Turning first to Defendants’ abstention response, the court found the pending Mikvah appeal to raise different issues and remedies, as federal relief, if appropriate, would be more comprehensive on the federal constitutional and statutory issues raised. However, the court did agree that the issuance of the school site plan mooted that issue, as those claims are no longer “real and live” or ripe. There is no ground for finding future steps for the school will be futile.

Next, the court dealt with Plaintiffs’ Article III standing, suggesting there was no “case or controversy” before the court as no individual had suffered an actual, particularized injury which may be redressed by court action. The court agreed, finding no such injury clearly alleged regarding administration of the building code or the efforts towards dissolution of the village. In addition, because the state constitution has been interpreted to be coextensive with the same rights guaranteed by the federal constitution and involves the same facts and requested relief, Plaintiffs do not gain anything in that regard.

Turning next to claims under section 1983 of the Civil Rights Act, a Plaintiff must allege a violation of the constitution or laws of the United States through Defendants’ official policies or customs to deny a constitutional right. Plaintiffs have alleged violations of their First Amendment rights to free exercise of religion and freedom of association. The court found a viable claim regarding the process to deny the mikvah without reasons, but not for the residential development, which it termed too tenuous a connection with the practice of religion for constitutional consideration. While there were allegations that the moratorium was instituted to prevent installation of kosher kitchens, there were no claims that such kitchens were otherwise precluded, nor that Plaintiffs were prevented from observing kosher laws while living in town.

Plaintiffs also alleged equal protection violations from the denial of the mikvah, the moratorium and the failure to issue certificates of occupancy. Such a claim may be advanced through pleading and proof of intentional discrimination, through allegations that a facially neutral policy was applied in an intentionally discriminatory manner, or that a facially neutral policy was motivated by a discriminatory animus and had an adverse effect. The change of position on the mikvah, the stop work order and failure to issue certificates of occupancy provide a plausible basis for equal protection claims, especially in the light of comments made by public officials and those campaigning for office.

As to Plaintiffs’ due process claims over the moratorium, only the developer could bring those claims and must show Defendants acted in an arbitrary and irrational way over the deprivation of their property interest in the development. The fact the moratorium was justified by “a substantial number of complaints” had no apparent basis (as the complaints occurred after the moratorium was enacted). The court concluded that there were sufficient factual allegations to allow this claim against public officials and entities to proceed.

The court also held that claims under the Fair Housing Act by the developer could proceed against public agencies and individual officials. Such a case may be made under a discriminatory intent or disparate impact theory, even if the Plaintiff is not in a protected class. In this case the developer alleges it is prevented from realizing a profit because of a bias-motivated moratorium. That is sufficient.

The court then turned to individual Defendants’ immunity claims, alleging that their actions are legislative. That defense is viable for these officials acting in their individual capacities, but not as acting officially. As to acting in their official capacities, immunity only applies to legislative acts, but not to administrative or enforcement activities. In this case, it did not involve policymaking. Thus, as the passage of the moratorium was legislative in nature, these officials are immune. A citizen organizer of the RCC was entitled to qualified immunity because the allegations against him do not show he violated a clearly established constitutional right as to those claims that remained. While he did trespass onto Hasidic property, that single act is insufficient for liability. His abhorrent words and views are not actionable.

This case relates to controversial uses of government power against a religious minority and the remedies that may be used if such power is abused. It also demonstrates the need to plead well and have a command of the facts.