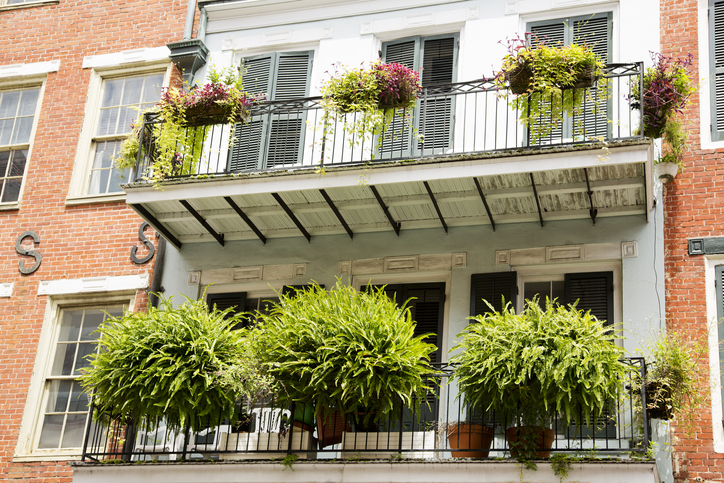 Portland Threatens to Tighten the Reins on Unpermitted Rentals
("Portland drafts ordinance to crackdown on short-term rentals," Seattle Times - Seattle News on May 20, 2019)
The City of Portland in Oregon has been working for over a year to reach a compromise with Airbnb to police unpermitted rentals. Apparently the latest offer made by Airbnb was deemed a step backward by the City, which has resulted in the City considering adoption of a punishing ordinance similar to what has been passed in Santa Monica, California and, importantly, recently upheld by the Ninth Circuit. The draft ordinance would prevent Airbnb from collecting booking fees on unpermitted rentals. We will continue to monitor to see how this plays out.

STRs Expand to Camping (and Glamping!)
("The 'Airbnb of Camping' Is Bringing Glamping To State Parks," Forbes on May 29, 2019)
We were excited to learn about new-to-us Tentrr this week, which offers a platform for private landowners to share their land with adventure-seeking short-term renters who want to try glamping (including fully-rigged canvas tents or domes with a bed, basic cooking tools and Adirondack chairs) or traditional camping (you bring your own tent and supplies).

Airbnb users getting scammed with fake rentals, account closures
USA Today - Top News Stories on May 19, 2019
Airbnb users may want to check their accounts even if they aren't planning a trip anytime soon – some fellow customers on the rental site have been scammed with reservations they didn't make. Account holders have been charged for non-refundable reservations at fake destination homes...

Airbnb adds former Apple exec Angela Ahrendts to its board
Fast Company News on May 16, 2019
Angela Ahrendts, Apple’s former head of retail, is joining Airbnb’s board of directors. She is the second woman to join the board of the home-sharing company. Ahrendts left Apple in April but shared few details about her departure.

New Study Finds Airbnb Cannibalizes the Hotel Business While Bolstering Demand
Commercial Observer on May 15, 2019
It comes as no surprise that Airbnb steals business from hotels, but a new research paper published last month argued that the home-sharing platform also drives demand in a way that helps traditional hotels, especially during peak travel season.

Tel Aviv’s Flirtation With Airbnb Has Turned Into a Full-Blown Love Affair
The Algemeiner News on May 14, 2019
The percentage of short term rental apartments has risen sharply in Tel Aviv in recent years, taking a large bite out of the city’s available housing, according to a new report.

Raleigh votes on Airbnb, VRBO 'compromise'
Biz Journal - Technology on May 21, 2019
After literally years of debate, Raleigh has finalized a decision on “homestay” regulations – rules to govern the use of short-term residential rental services such as Airbnb and VRBO.

Judge orders Airbnb to partially comply with NYC subpoenas seeking user data as legislators mull bill regulating home-sharing
NY Daily News - Bronx on May 20, 2019
A Manhattan judge gave the city a partial win over Airbnb — ordering the home-sharing site to hand over some of its user data as officials investigate potentially illegal rentals.

Providence moving to regulate short-term home rentals
Providence Business News on May 20, 2019
Short-term home and apartment rentals such as Airbnb will be restricted in Providence, particularly in residential neighborhoods, under a proposed ordinance moving through the City Council. The changes are part of a larger zoning package and would restrict short-term rentals in residential zones to owner-occupied buildings.

Portland drafts ordinance to crackdown on short-term rentals
Seattle TImes - Seattle News on May 20, 2019
Portland’s mayor is planning to introduce an ordinance that would force online short-term rental companies like Airbnb to take down unpermitted rentals.

St. Louis Airbnb hosts to pay increased taxes after city reclassifies residential properties to commercial
St. Louis Fox 2 Now News on May 15, 2019
Play by the rules. That’s what the City of St. Louis will require owners of short-term rental properties to abide by. More than 200 of those rental property owners were sent a letter from the assessor’s office telling them that their property rate tax will be increasing...

Mint House raises $15m to give business travelers a better hotel
Tech Crunch on May 9, 2019
Hotels are convenient but rarely homey. Short term rentals through Airbnb or HomeAway are often comfy but can be a pain to book and check-in. Business travelers often have to pick the best of two lousy options.