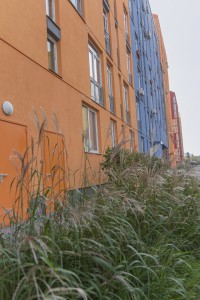 Every year or so LUBA issues a decision reminding local governments of their obligations under state law to apply only “clear and objective” approval criteria to applications for “needed housing.” Although local governments may use a dual-path review system that includes a discretionary track, (often containing incentives to encourage developers to pursue this course), a local government must under state law have a clear and objective path in which the local procedures and standards “may not have the effect…of discouraging needed housing through unreasonable cost or delay.” Group B, LLC v. City of Corvallis decided this fall is such a case.

It is important to point out that “needed housing” includes not only housing provided at below market rates, but also all housing identified as necessary to meet projected 20-year housing needs within an urban growth boundary. In this case, LUBA found that no party disputed that the subject development was “needed housing.”

The city contended that a condition of a previous development approval served to preclude this apartment building from occupying the previously identified setback space. The city denied the application because petitioner could not satisfy Condition 12 and had not demonstrated that a modification to Condition 12 could satisfy a discretionary “compatibility” standard. No party disputed that the modification standards were not “clear and objective.”

Group B argued that Condition 12 was not “clear and objective” because, although it clearly prohibited development adjacent to an assisted living facility, it did not specify that it prohibited other development, such as the multi-family apartment currently proposed. Because Condition 12 was ambiguous on that point, Group B argued that it cannot be applied as a basis to deny the proposed needed housing. LUBA agreed and found that the state law governs the city’s application of the challenged condition, even though it was a condition to a prior approval, or as an approval standard, because the city treated it as one. Condition 12 did not reference other development or buildings, nor did it necessarily infer that no other building could be allowed. LUBA also found no indication that the city did not intend to restrict all development from within the setback area and, given that two diametrically opposed interpretations of the condition were possible, LUBA found that the condition was not “clear and objective."

The city argued that state law does not preclude the city from interpreting the condition to require Group B to obtain a modification or nullification of the 1981 condition pursuant to meet a compatibility standard. In other words, the city argued that the applicant had the option of proceeding under a clear and objective setback requirement or under discretionary standards to modify the requirement. Group B argued, and LUBA agreed, that at no time has the city offered a “clear and objective” path for approval for needed housing on the area subject to development.

The city also argued that Group B was bound by the choices of its predecessor-in-interest when the property was designated for planned development, rather than pursue other development options.  LUBA said it would agree with the city if the 1981 proposal had involved needed housing and the applicant chose the planning development process to gain approval of that needed housing, in lieu of a clear and objective path. Even though the clear and objective requirement had not yet been enacted in 1981, the two-track framework would still control. However, the 1981 approval was for an assisted living facility -- a use that did not qualify as “needed housing.”

In a separate assignment of error, Group B challenged the city’s denial based on a local code section identifying street designs that “shall be considered,” including a suggestion restricting cul-de-sacs to serving no more than 18 dwelling units. The subject property was served from a cul-de-sac that already served 17 dwelling units not including the proposed apartment building. Group B argued, and LUBA agreed, that the local standard was highly discretionary because it applied to the design of local streets, and not to approval of development that is served by streets that were already designed. Further, the regulations were hortatory, and only required that the city consider various street designs and that cul-de-sacs should not serve more than 18 dwelling units.

Based on these reasons as well as those relating to a road access issue, LUBA reversed the decision and approved the application. The City of Corvallis has sought review by the Oregon Court of Appeals. The case has been briefed and oral argument took place in November. The central challenge is whether LUBA erred by failing to defer to the city council’s interpretation that the area subject to development was included within the planned development, bound successors in interest and therefore, is not subject to the “clear and objective” review standards limitation. The city also claimed that LUBA erred by concluding the setback area was “needed housing” without identifying evidence that the setback area was included within the City’s Buildable Lands Inventory.

This case serves as an important reminder that where “needed housing” is proposed, all of the review criteria, even those that may apply by virtue of previous approvals, must be “clear and objective.”