Looking Beyond Goal 1: The Ever Changing Role of Public Participation
By Foster Garvey on 7.15.16 Posted in Land Use, Land Use in Oregon, LUBA, Washington Land Use
PDF 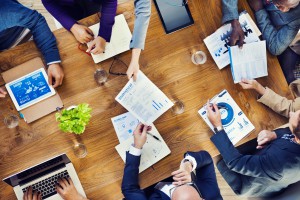 Oregon’s Planning Goal 1, Citizen Involvement, requires citizen involvement “in all phases of the land use planning process.” The Goal requires local governments to provide for public input when land use plans and regulations are adopted and amended. Oregon law also requires, among other things, notice and opportunity to be heard during land use proceedings. Although one of the original land use goals, Goal 1 is rarely used or relied on by LUBA or the courts as a basis to overturn a local government decision; however, efforts to change its scope are constant. Oregon and Washington courts have recently had an opportunity to consider some creative efforts to alter the scope of public participation.

For some, the public participation program is too robust. The Oregon Legislature often considers proposals to curtail existing appeal rights, for example, amendments granting attorney fees for a prevailing party fees as a disincentive for appeals, or limitations in the judicial scope of review that proponents argue will result in greater efficiency in the land use system. In Jensvold v. Clatsop County, the County adopted a resolution to discontinue operation of the design review advisory committee for the Arch Cape area of the county, and instructed staff to proceed with amending the comprehensive plan to make it consistent with the resolution. The county moved to dismiss Petitioner’s LUBA appeal on jurisdictional grounds arguing that the resolution was not “final” and did not apply any comprehensive plan provisions. LUBA disagreed. The direction to discontinue a citizen involvement committee was a “final” decision. LUBA went on to explain that the citizen involvement committee was named in the county’s comprehensive plan as the “officially recognized body to represent the community” on land use matters. Although LUBA did not conclude that the resolution was a de facto amendment of the plan, at the very least, it concerned the application of plan policies and, for these reasons, was a land use decision. Presumably realizing the futility of continuing to defend this resolution, the county moved for a voluntary remand.

Taking the other extreme, some argue that the existing structure for participation does not go far enough, placing too much control over land use in the hands of development interests or local government decision-makers. These individuals have come up with their own series of creative solutions. Two recent Washington cases are worth mentioning.

First, Spokane Entrepreneurial Center v. Spokane Moves to Amend the Constitution involved an initiative to adopt a “Community Bill of Rights,” as an amendment of the Spokane Charter. Among other things, the initiative required large developments to receive voter approval by their neighborhoods and gave the Spokane River the legal rights to “exist and flourish,” giving city residents rights to access and use that river. The Washington Supreme Court found county and water utility companies had standing to challenge the initiative and that the existing statutory schemes, particularly state laws allocating water (especially arrangements with the neighboring state of Idaho) prohibited placing the initiative on the ballot. Similarly, state law already provides an exclusive statutory scheme for city development approvals.

Second, in Neighbors for Notice LLC v. City of Seattle, appellant challenged dismissal of a property boundary line decision, alleging that the failure to give public notice violated the appellant’s due process rights. Appellant argued that it had a protect property interest in challenging the City’s land-use decision under Washington’s Land Use Petition Act (LUPA). The Ninth Circuit Court of Appeals disagreed, concluding that LUPA was enacted to provide uniform, expedited appeal procedures and uniform criteria for reviewing local land use decisions to provide consistent, predictable, and timely judicial review; however, it did not create a substantive property interest entitled to constitutional protection.

The wording and structure of the Washington Constitution controlling initiatives differs from Oregon and it is questionable if such a community-wide vote would be possible in the light of the 120 or 150 day time limitations provided by Oregon law. Like LUPA, the laws governing judicial review, particularly regarding LUBA, are procedural in nature and do not create any sort of substantive property interest. In any event, all of these cases serve as a reminder that the citizen’s role in the Oregon land use process is always in a state of flux, even if the broad text of Goal 1 remains unchanged.