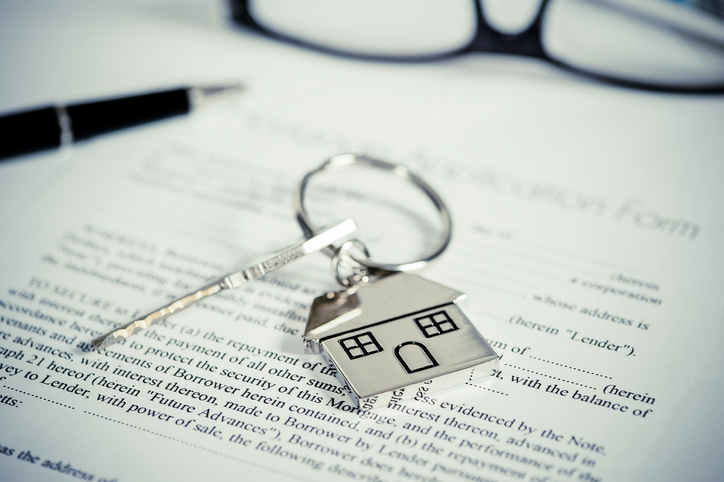 In our Short-Term Rental Update this week, we focus on developments in the industry.  New regulations in Los Angeles, which are expected to go into effect in July 2019, will prohibit “rogue hotels” but allow limited home-sharing. The Las Vegas City Council has restricted the number of legal home-sharing units by limiting the number of new permits that are available to owner-occupied homes. In a very close vote, the only areas in South Lake Tahoe that will allow short-term rentals include commercial zones and the tourist core. Additionally, as the cannabis industry continues to benefit from legalization efforts across the globe, we can expect to see more short-term rental owners market their rental units as cannabis-friendly. Cannabis Air has opened in Toronto, which is not exactly a hotel concept, but instead presents as a short-term rental to guests. We look forward to continue sharing with you the vast number of ways this industry is revolutionizing the way people travel.

Airbnb’s Grand Travel Ambitions Could Be Taking a Detour
Skift Travel News on Dec 19, 2018
Airbnb executives have talked about the company becoming a “superbrand of travel” and a new-age online travel agency as it mulled launching flights, debuted a tours and activities product, Trips, partnered with Resy on restaurant reservations, and started a campaign to add boutique hotels. The company, which hopes to go public in 2019, may eventually broaden its offerings in a more full-service sort of way, but two developments in the last week or so show Airbnb may be focusing instead on vertical integration in terms of getting deeper into the property management space. The Information reported Tuesday that Airbnb may lead a $75 million investment round into Lyric Hospitality, which manages multifamily apartment complexes, and rents units on a short-term basis on Airbnb, Booking.com, HomeAway, and other platforms.

Airbnb, HomeAway and Others Form International Vacation Rental Group in Japan
Hospitality Net - Latest Industry News on Dec 13, 2018
The big vacation rental players have formed an association in Japan, with the blessing of the Japan Tourism Agency. It may be a model for other Asian countries to follow. It's been in the works for six months and finally a Japan Association of Vacation Rental will be incorporated in January, comprising nine founding members that aim to boost Japan's tourism through vacation rental businesses, including homesharing, ryokans that use residential facilities, and event vacation rentals.

Airbnb making new push for smoke alarms, carbon monoxide detectors after recent deaths
USA Today - Travel News on Dec 19, 2018
Airbnb wants more of its rental properties to have smoke alarms and carbon monoxide detectors. Starting Wednesday, the San Francisco-based company will alert guests before they book a property if the host hasn't reported having a smoke or carbon monoxide alarm. Airbnb stopped short of requiring the devices at its 5 million properties. They're only required at higher-end Airbnb Plus rentals and where local laws demand them. Airbnb won't say how many of its properties have smoke or carbon monoxide alarms, but it has encouraged hosts to install them. The company has shipped them to hosts for free since 2014.

West Hollywood sues Korman and Brookfield over extended-stay rentals
Real Deal - LA Real Estate News on Dec 14, 2018
The City of West Hollywood has fired its latest salvo in a spat with the owners of the 8500 Sunset condominium complex. The city has sued the owners — Korman Communities and Brookfield Property Group — over short-term rentals at the 190-unit development, according to WeHoville. The parties have been battling it out since mid-2017, when Korman converted the property under its AKA brand into an extended-stay hotel. That type of hotel is banned under the city’s short-term rental ordinance. In September, the owners filed a claim against the city for $40 million in damages that it said the ban would cost them. That claim was filed a week after the West Hollywood City Council recommitted to its stance that the owner was violating the ordinance, which limits corporate landlords from renting out units for anything less than 31 days at a time.

New Orleans weighs banning Airbnb, 'whole home' vacation rentals
USA Today - Top News Stories on Dec 14, 2018
A ban on "whole home" short-term vacation rentals in New Orleans was proposed Thursday by a City Council member, a move long-awaited by critics who say investors were helping drive up housing costs and marring the character of historic neighborhoods by buying up properties and renting them to out-of-towners. Kristen Gisleson Palmer’s measure had also been awaited with dread by some property owners who own short-term rental properties. And it drew rebukes from Airbnb and HomeAway, two of the best known online platforms for short-term rentals. Airbnb’s emailed statement said the plan would “devastate” some New Orleans property owners who depend on short-term rental revenue. HomeAway spokesman Philip Minardi said the proposal was an “extreme” measure that would penalize property owners who have invested in the community. “

Aimco and Airbnb settle and dismiss all legal battles, agree to 'discuss opportunities' in future
Biz Journal - Accounting News on Dec 12, 2018
The fight between a Denver apartment company and Airbnb has come to a close. Apartment Investment and Management Company (NYSE: AIV; "Aimco") and the online short-term real estate rental company have been involved in many legal battles over accusations that Airbnb was "brokering illegal short-term rentals" at Aimco properties. In one such legal battle in Southern California, Aimco's Keith Kimmel, executive vice president of operations, asserted in January that "our residents do not want to live…

LA approves regulations for short-term rentals
LA Daily News - Local News on Dec 11, 2018
The regulations, green-lighted following three years of debate by the City Council, are set to go into effect next July 1.

Judge reverses ruling that allowed Airbnb rentals in Miami
Biz Journal - Southeast News on Dec 7, 2018
Judge Beatrice Butchko has reversed an order handed down last year that stopped the city of Miami from enforcing its ban on short-term rentals in residential neighborhoods. The temporary retraining order, which sought to keep the city from writing citations and fines for residents using home-sharing giant Airbnb Inc. to rent out their properties, was deemed as "too broad" this week by the Third District Court of Appeal. Currently, city ordinance Miami 21 is used to justify limiting Airbnb's activity…

Most Airbnb, vacation home rentals to be banned in South Lake Tahoe
Reno Gazette-Journal Business News on Dec 6, 2018
Fifty-eight votes. That’s the razor-thin margin that determined the fate of a large swath of vacation home rentals in South Lake Tahoe as voters approved a measure to ban most Airbnb and VHRs from residential neighborhoods. The ballot initiative, Measure T, received 3,517 “yes” votes vs. 3,459 “no” votes. The vote margin was less than 1 percent. Measure T has been ahead slightly in the unofficial vote counts following the November elections. Measure T, which was spearheaded by the Tahoe Neighborhoods Group, will phase out an estimated 80 percent of the 1,752 short-term rentals in South Lake Tahoe by restricting VHRs to commercial areas and the city’s tourist core.

Las Vegas council new rule called ‘a ban in disguise’ on Airbnb
Las Vegas Review Journal - Business on Dec 6, 2018
Proponents of tightening restrictions on short-term residential rentals in Las Vegas were given a narrow victory Wednesday after the City Council approved limiting new permits to owner-occupied homes, likely significantly reducing the number of legal home-sharing units in the future. By 4-3 vote, elected officials signed off on the bill that also requires such dwelling units, where rooms are rented for fewer than 30 days, to have no more than three bedrooms and be at least 660 feet from the nearest other short-term living unit. No waivers exist to request an exemption. City officials say existing rentals and those in the process of seeking special use permits required to operate will not be affected by the new regulations, which drew at least five hours of testimony from advocates on both sides.

Facebook gave data on user's friends to certain companies: documents
Reuters News on Dec 5, 2018
Facebook Inc let some companies, including Netflix and Airbnb, access users’ lists of friends after it cut off that data for most other apps around 2015, according to documents released on Wednesday by a British lawmaker investigating fake news and social media. The 223 pages of internal communication from 2012 to 2015 between high-level employees, including founder and Chief Executive Mark Zuckerberg, provide new evidence of previously aired contentions that Facebook has picked favorites and engaged in anti-competitive behavior. The documents show that Facebook tracked growth of competitors and denied them access to user data available to others. In 2014, the company identified about 100 apps as being either “Mark’s friends” or “Sheryl’s friends” and also tracked how many apps were spending money on Facebook ads, according to the documents, referring to Zuckerberg and Chief Operating Officer Sheryl Sandberg.

Renters feeling effects of Airbnb tax call for change in law
New Jersey Biz Blog - Burn the Boats on Dec 14, 2018
Lawmakers want to revise the Airbnb tax, signed into law as part of the 2019 budget package, after operators of many summer shore rentals said they were hit by the tax as an unintended consequence after it took effect Oct. 1.

The Wing gets $75M from Sequoia, Airbnb
TechCrunch on Dec 19, 2018
The Wing, the owner of several co-working spaces and social clubs designed for women, has garnered the support of Sequoia Capital in its latest funding round. The startup has announced a $75 million Series C led by the storied venture capital firm, with support from Airbnb and Upfront Ventures, as well as existing investors NEA and WeWork. Headquartered in New York, The Wing was founded by Audrey Gelman and Lauren Kassan in 2015. To date, the pair have raised $117.5 million, including a $32 million Series B in November 2017 led by WeWork, a co-working giant presumably interested in an eventual acquisition of its female-friendly counterpart.

Airbnb’s Deal for French Firm Could Signal Entry Into Property Management
Skift Travel News on Dec 12, 2018
Airbnb isn’t known for making many investments or acquisitions, but its newest purchase may reveal a major shift in the company’s strategy toward homesharing. The San Francisco-based company announced this week it had acquired a French concierge services/property management company called Luckey Homes for an undisclosed sum. France is one of Airbnb’s top markets in the world, with more than 500,000 listings and a total of 13 million guests and hosts. Paris is Airbnb’s No. 1 destination in the world, but also one where the company is facing regulatory battles with the city.

WhyHotel raises $10 million to expand service that turns empty apartments into hotels
HousingWire on Dec 12, 2018
WhyHotel, a company that works with developers to turn newly built unleased luxury apartments into hotels, is set to expand thanks to a new capital raise. The company announced this week that it raised $10 million in its Series A funding round. The news comes just a few months after the company raised just shy of $4 million in its seed funding round. WhyHotel sets up shop in luxury buildings with 100 or more unleased apartments and creates a full-service hotel within the property using those unleased units as hotel rooms.