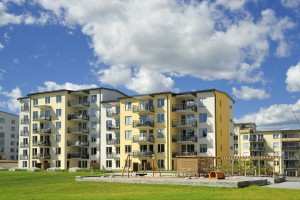 The Department of Housing and Urban Development (HUD) wasted no time in finalizing the new affirmatively furthering fair housing rules the day after the U.S. Supreme Court upheld disparate impact claims under the Fair Housing Act in Texas Department of Housing Affairs v. Inclusive Communities Project, Inc. (see last week’s post for a summary of that case). Disparate impact results from governmental policies that may not have been intended to create segregation, but do in fact result in segregation. The Supreme Court’s ruling upholds the Fair Housing Act’s prohibition on discrimination caused by policies or practices that have an unjustified disparate impact because of race, color, religion, sex, familial status, national origin, or disability.

The new rule requires certain public entities (“entitlement jurisdictions” that receive federal funding for housing) that have, under previous HUD rules, been required to prepare an Analysis of Impediments to Fair Housing (AI) to prepare an Assessment of Fair Housing Report (AFH). The AFH meets standardized reporting requirements, and is drafted to assist program participants in reducing disparities in housing choice, and to provide access to housing opportunities, particularly for those with protected status.  The overall goal of the new reporting requirement is to expand economic opportunity and enhance quality of life.

These rules are a game changer for land use planning. HUD is proactively getting involved in the business of zoning for fair housing, not just financing units. HUD recognizes that fair housing issues may arise from factors such as zoning and land use, including the proposed location, design, and construction of housing; public services that may be offered in connection with housing (e.g., water, sanitation); and related issues. According to HUD, the AFH approach focuses primarily on assisting program participants in being better informed, and better able to set goals and priorities.  In particular HUD wants to ensure that the following conditions will be taken into consideration when making funding decisions in a particular jurisdiction - patterns of integration and segregation; racially or ethnically concentrated areas of poverty; disproportionate housing needs; and housing-related barriers in access to education, employment, and transportation, among others.

While local jurisdictions will remain in local control of land use decisions and adoption of zoning regulations under the new rules, entitlement jurisdictions are called on to provide a specific analysis of land use programs that may inhibit affirmatively further fair housing. In addition to HUD’s final rule, HUD’s Assessment Tool, adopted in 2014, and guidance to be issued in the near future, will assist recipients of federal funding to use that funding and, if necessary, adjust their land use and zoning laws in accordance with their existing legal obligation to affirmatively further fair housing.

Zoning and land use laws that are barriers to fair housing choice and access to opportunity can be quite varied and the determination of whether a barrier exists often depends on the factual circumstances in specific cases.  One example is zoning and land use laws that were intended to limit affordable housing in certain areas in order to restrict access by low-income minorities or persons with disabilities. The City of Black Jack took egregious zoning actions in the 1970s that prevented construction of low-income multifamily housing that had a racially discriminating effect and was found to violate the Fair Housing Act.  U.S. v. City of Black Jack, 508 F.2d 1179 (1974).  An example of a positive zoning action that would further fair housing would be the removal of such an ordinance. HUD intends to include additional examples in its guidance for its affirmatively furthering fair housing regulations.

Closer to home, Oregon’s 2015 legislature had a clear path to a remove a barrier to affirmatively furthering fair housing, but the Oregon Senate would not even take a public vote on House Bill 2564 to remove the constitutional ban on mandatory inclusionary zoning. Instead, the bill died in committee after having passed the House. Inclusionary zoning is a tool that requires new developments of housing to construct a particular percentage of new units for qualifying low-income home seekers. While the Oregon Senate failed to move forward, the State’s Draft Fair Housing Report 2016-2020 contains a finding that the state’s ban on inclusionary zoning “limits housing choice for persons of color and low income persons.” The AI included in the report states:

With the fuel from the Supreme Court’s decision, as well as the new HUD regulations, Oregon’s leaders would be wise to avoid potential challenges and pick off low-hanging fruit like overturning the ban on inclusionary zoning.  Such action is an easy first step to remove barriers for protected classes and avoid disparate impact challenges.