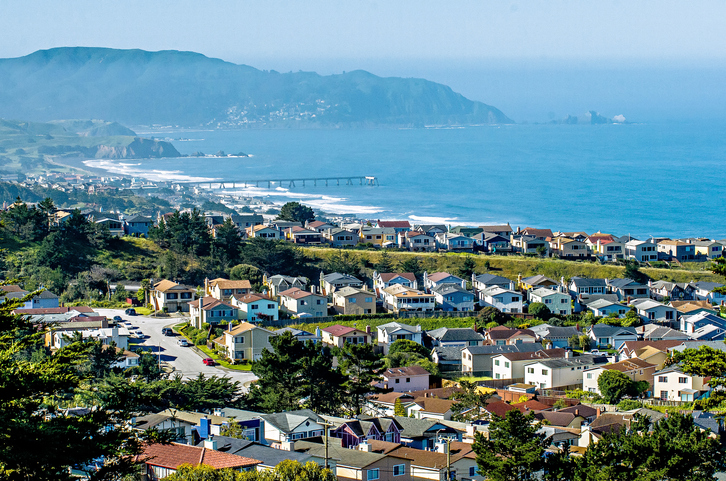 HomeAway and Airbnb Lose the Battle Against Santa Monica
("Airbnb Loses Major Fight Over California City's Rental Law," Bloomberg Quint - Stories on Mar 13, 2019)
On March 13, the Ninth Circuit ruled against HomeAway and Airbnb in a closely-watched lawsuit the two short-term rental platforms filed against the City of Santa Monica. The lawsuit alleges that Santa Monica’s ordinance regulating the short-term vacation rental market is preempted by the Communications Decency Act and impermissibly infringes upon each company’s First Amendment rights. The ordinance authorizes licensed “home-sharing” (rentals where residents remain on-site with guests) but prohibits all other short-term home rentals of 30 consecutive days or less. It also requires the platforms to collect and remit taxes and regularly disclose listings and booking information to the city. We expect that this decision will bolster the confidence of some local governments that have been watching from the sidelines to determine if strict short-term rental regulations will hold up in court. An obvious corollary is that the industry is likely to invest more resources in jurisdictions that have shown greater hospitality to these platforms. In our view, some regulation is both necessary and reasonable if short-term rentals wish to stake a permanent claim in the travel industry. We will continue to monitor where that line of reasonableness is drawn as the arguments play out in the courts and local legislative bodies.

No Shock or Awe at Booking Holdings About Airbnb’s Buy of HotelTonight
Skift Travel News on Mar 12, 2019
Booking Holdings’ Glenn Fogel, whose background is in mergers and acquisitions, was undoubtably not surprised when Airbnb bought HotelTonight. We’d be shocked if he and others hadn’t kicked the tires. When it comes to Airbnb’s more than $400 million acquisition of HotelTonight, Booking Holdings CEO Glenn Fogel said it was hardly a secret that Airbnb would be expanding its hotel business since it already “brought on boutique hotels.” Referring to HotelTonight as a “very, very small company,” Fogel said Tuesday he’s not sure that adding the hotel-booking startup represents anything different than what Airbnb previously discussed. Fogel was speaking at a Bank of America Merrill Lynch retail technology conference. “And we should’ve known that Airbnb had wanted to expand out beyond just doing home, and they’re going to do that,” Fogel said.

Two Montreal renters' groups are calling for a ban on Airbnb
Montreal Gazette - Local News on Mar 8, 2019
Two tenants’ organizations are calling a ban on short-term rental platforms like Airbnb. The Comité logement du Plateau-Mont-Royal and the Comité logement Ville-Marie say existing efforts to regulate platforms where tourists can rent homes for short-term stays in the city aren’t working. “Airbnb is a real problem in the central neighbourhoods,” said Gabrielle Renaud, a community organizer at the Comité logement du Plateau-Mont-Royal. Around five per cent of Plateau apartments are now being listed on short-term rental sites full-time, rather than being rented to residents, according to a study commissioned by the Comité Logement and released on Thursday. “We’re talking about 1,500 to 2,000 apartments,” Renaud said. “It’s a lot.” Vacancy rates in the Plateau are currently around 1.5 per cent, according to the report, making it hard for people to find places to live, Renaud said.

Lawmakers vote to strip cities of power to ban Airbnbs
Lexington Herald Leader - Business on Mar 1, 2019
Nebraska lawmakers have passed a bill to strip cities of their power to ban short-term rentals such as Airbnb. The measure won final approval Friday with a 46-0 vote. It now goes to the governor. The bill by state Sen. Adam Morfeld, of Lincoln, still allows cities to tax short-term rentals and regulate them for health and public safety purposes. It also gives online short-term rental companies to enter into an agreement with the state to collect and pay sales taxes that are owed.

Milpitas: Airnbnb rentals could soon be taxed, regulated
Mercury News - Business on Feb 27, 2019
Following the lead of several other Bay Area cities, Milpitas is considering taxing and regulating short-term Airbnb rentals booked in the city. While it could be a few months before it’s finalized, the city council on Tuesday directed staff to explore a deal with San Francisco-based Airbnb to automatically collect a 14 percent tax for any stays booked in Milpitas, and pay it to the city, as standard hotels in the city already do. Several other Bay Area cities have already struck similar tax agreements with Airbnb, including San Jose, Union City, Oakland, Santa Clara, San Francisco and Cupertino. Milpitas could see a revenue bump of about $260,000 annually if the tax was in place, as city staff estimates that about 341 short-term rentals were available within city limits during November 2018, about 220 of which were listed on Airbnb.

‘Airbnb Tax’ in N.J. Opens New Front in Battle Over Internet Economy
New York Times Front Page on Mar 12, 2019
The Jersey Shore, a storied summer vacation spot, has become the newest national battleground over regulating and taxing the internet economy. New Jersey is one of the first big states to adopt a surcharge on short-term rentals — a so-called Airbnb tax. It kicked in Oct. 1 and is causing vacationers to rethink their summer travels and stirring anxiety among the homeowners who rely on them. The fallout over the 11.6 percent tax has inserted New Jersey into a broader debate as states and communities grapple with the explosive growth of the online home-sharing economy. A patchwork framework of local ordinances has failed to keep pace with the rapid rise of Airbnb, the largest home-sharing site, which was valued at $31 billion two years ago and has upended the rental market around the world. Much like Uber’s dominance has caused a regulatory challenge for cities and Amazon’s ascent has prompted states to adopt internet sales taxes, the popularity of Airbnb has begun to push lawmakers to impose new rules even as they find ways to tap the enormous revenue it generates.

Huge fines, midnight busts: Inside Miami Beach’s war on short-term rentals
Miami Herald News - Miami Dade on Mar 11, 2019
In apartment 9A of a two-story 1920s Miami Beach building, a sunburned couple from Charlotte was staying the weekend after booking the apartment on Hotels.com. In 6A, three generations of women from Argentina were visiting via Despegar.com. In 4B, two young women from Amsterdam were celebrating a 21st birthday; they found the listing on Booking.com. In 9B, a young woman from Colombia insisted she had rented the place from a friend for the long weekend. The apartment building — 1518 Drexel Ave. — is in an area of the city where short-term rentals of six months or less are illegal. Yet two years after the city enacted steep fines to prevent owners from renting apartments to tourists — $20,000 for the first violation, $40,000 for the second, and so on — a thriving short-term-rental market persists.

Small homeowners are getting caught up in the Airbnb crackdown
The Real Deal - New York on Feb 28, 2019
As the city seeks to tackle unregulated hotels with its crackdown on short-term rentals, one- and two-family homes are facing enforcement measures, too. Owners of 139 single and two-family homes received 718 violations from the city in 2018, Politico reported. In the previous year, the city issued 781 penalties at 162 sites. While that figure pales in comparison to the number of tickets issued to multifamily buildings, it illustrates how small homeowners have not been exempt from the city’s approach — despite Mayor Bill de Blasio’s comments about “not trying to go after the little guy.” Those who only “occasionally” rent out apartments or individual rooms are not the city’s targets, he previously said.