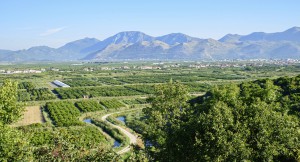 Bridge Aina Le’a v. Hawaii Land Use Commission, 2016 WL 797567 (D. Haw.) grew out of Defendant Commission’s decision to reclassify a parcel from urban to agriculture, an action that may be taken only by the state agency. Ultimately the Hawai’i Supreme Court invalidated this action. In this separate federal action claiming just compensation for a regulatory taking, Defendants Commission and its members moved for summary judgment.

The Commission originally approved a reclassification from agriculture to urban with a condition that 60% of the housing be affordable. Plaintiff was a successor to the applicant and attempted to develop the same over several years. Ultimately, the Commission ordered Plaintiff to compete 16 affordable units by a certain date; however, Plaintiff was three months late and the commission voted to reclassify the parcel to an agricultural designation. Plaintiff both appealed that action and brought this regulatory takings action in state court. This case was removed to federal court and was stayed until the appeal was decided.

Defendants’ motions contend there was no taking because the affordable housing condition does not amount to an unconstitutional condition as a matter of law, is time-barred in any event and is not ripe because Plaintiff did not file an Environmental Impact Statement (EIS) (which is a prerequisite for a claim).

The court agreed with Defendants on the failure of the unconstitutional conditions claim, based on issue preclusion. The Commission imposed the condition, disregarding contrary advice from its expert, Professor David Callies of the University of Hawai’i Law School and a noted land use authority. However, the Hawai’i Supreme Court upheld the condition. The federal court saw this claim as an attempt to relitigate that decision. Plaintiff contended that this matter was not directly decided by the state supreme court; however, the federal court noted that the contentions were raised in Plaintiffs’ answering briefs and, given that the parties were the same and the matter was decided on the merits, the issue could not be relitigated a second time. This disposition avoided the court having to address whether the conditions were unconstitutional exactions, the issue raised in Construction Building Industry Ass’n .v City of San Jose, 371 P3d 974 (Ca., 2015) cert. den. February 29, 2016.

However the federal court did not agree that two takings claims, alleging that the Commission wrongly reclassified its property based on substantive due process grounds (as opposed to the imposition of the conditions) should be dismissed on summary judgment, as that issue had not been litigated previously.

The federal court then turned to the statute of limitations issue and determined that the action did not accrue until after the state court had completed its decision making process and all remedies available by right had been exhausted. Under the circumstances of this case, the action was timely filed.

Finally, the court found that Plaintiff need not have filed an EIS in order to bring its takings claim. Defendants claimed that the “background principles of nuisance and property law exception from Lucas v. South Carolina Coastal Com’m, 505 U.S. 1003, 1028-29 (1992) applied and that filing the EIS was one of those principles. However, the federal court said that this defense could only be used if the use was always unlawful under common law or the state’s property law, i.e., that there was no property right to begin with. A newly enacted requirement did not fall into this category. Moreover, the EIS statute only requires an assessment of impacts and is not, on its face, a substantive regulation, although it may result in certain uses, otherwise authorized under land use regulations, being discarded and thus affect damages. That assessment process, however, was not then before the court.

This case demonstrates that it is important to segregate unconstitutional conditions from takings claims and that the latter are timely filed when state court proceedings on the validity of the underlying decision have been completed.