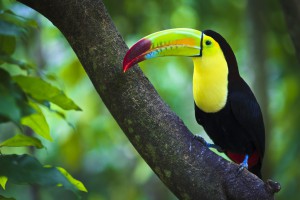 Foley v. Orange County, 2016 WL 361399 (11th Cir.) involved a zoning enforcement action taken against Plaintiffs by Defendant County for having unpermitted accessory buildings that housed a toucan-raising operation, which was upheld through the local administrative process and state courts. Plaintiffs then filed a federal action making various state and federal law claims against county employees in their individual and official capacities, challenging the denials and the county authority to regulate and asserting various civil rights claims. Both parties moved for summary judgment and the court granted partial summary judgment on one state claim to plaintiffs, while granting summary judgment to the county on the remaining claims and finding immunity for county employees. Plaintiff appealed summary judgment on their substantive due process, equal protection, compelled and commercial speech and illegal search and seizure claims. The court reviewed the summary judgment decisions de novo. The court said it would dismiss a claim, inter alia, if it were wholly insubstantial or frivolous, i.e., if had no plausible foundation or a prior Supreme Court decision clearly forecloses the claim.

Regarding substantive due process, the court found that property rights are not created by the constitution and are thus not fundamental; but are reviewed instead under a “rational basis” standard. Thus distinctions are given “minimal scrutiny” and need only be rationally related to a legitimate government purpose. The court concluded that it was so related and also that zoning enforcement was an executive, rather than a legislative act, which is not subject to substantive due process jurisdiction.

As to the equal protection claim, plaintiffs brought a “class of one” claim and thus must show that they have been intentionally treated differently from those similarly situated and there is no rational basis for that different treatment. To be “similarly situated,” the court said that the comparators must be prima facie identical in all respects to support the class of one claim. Because plaintiffs have failed to identify a similarly situated comparator that was intentionally treated differently, they cannot prevail on this claim.

As to their free speech claims, whether “compelled commercial speech” or not, did not cross the constitutional threshold. No government regulation compelled them to express a message with which they did not agree; more relevant was the fact that such speech was not commercial in nature.

This case seems to illustrate the usual futility of pursuing remedies for real or imagined land use wrongs in federal court.