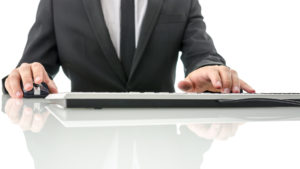 Folsom v. Zoning Board of Appeals of Milford, 160 Conn. App. 1 (2015) involved the appeal of an unrepresented plaintiff who had successfully appealed a zoning enforcement officer’s issuance of a certificate of zoning compliance to his neighbor who wished to build a structure on adjacent property.  Plaintiff then sought reimbursement for his incurred for that appeal, plus interest.  On motion, that complaint was struck.  Plaintiff filed another suit, alleging the zoning enforcement officer was personally liable to plaintiff for failure to enforce the zoning ordinance, that the Board of Zoning Appeals was liable for failing to disqualify itself from the underlying case over a conflict of interest, and the defendant city was liable to plaintiff for reimbursement of his costs.  That complaint was also struck and plaintiff appeals the grant of both motions to strike.

The court said it would treat the facts alleged in the complaint as true and would construe the pleading in the manner most favorable to sustain its legal sufficiency.  The court then quoted from Edgerton v Clinton, 86 A3d 437 (2014) setting out the reasons as to why courts do not generally find liability when public agencies act in the use of discretion:

Discretionary act immunity reflects a value judgment that -- despite injury to a member of the public -- the broader interest in having government officers and employees free to exercise judgment and discretion in their official functions, unhampered by fear of second-guessing and retaliatory lawsuits outweighs the benefits to be had from imposing liability for that injury.  * * * In contrast, municipal officers are not immune from liability for negligence arising out of their ministerial acts, defined as acts to be performed in a prescribed manner without the exercise of judgment or discretion. * * * This is because society has no analogous interest in permitting municipal officers to exercise judgment in the performance of ministerial acts.” (Internal quotation marks omitted.)

The court added that, where it is apparent on the face of the complaint that the act was discretionary in nature, it need not be pled as a defense, but may be raised by a motion to strike. The discretion at issue was whether the certificate were lawfully issued.  Even though there is a general legal injunction to enforce the law, the manner of that enforcement is not “rigidly prescribed manner” that would support a determination that a ministerial act occurred.  The appellate court agreed with the trial court that the issuance of the certificate of zoning compliance was a discretionary act and there was no liability for the same if that act were unlawfully undertaken.

Similarly, the alleged failure of the Board of Zoning Appeals to identify a conflict of interest was also a discretionary act, for which it is given immunity by law, as the question is usually a factual one.  The motion to strike in that instance was also appropriate and also affirmed.  The court noted that the bias claim arose out of a Board decision in an unrelated case, adding:

[W]hen analyzing whether an alleged conflict of interest exists, we are mindful that ‘[l]ocal governments would * * * be seriously handicapped if any conceivable interest, no matter how remote and speculative, would require the disqualification of a zoning official.  Anderson v. Zoning Commission, 253 A2d 16 (1968).

Finally, the court determined that Connecticut law did not authorize a motion to disqualify an entire Board, the allowance of which would subvert immunity.  The decision of the trial court was thus affirmed.

While this case was decided on Connecticut statutory grounds and case law, it is reasonably probable that most courts would come to a similar conclusion and not find public agencies liable for the acts of its boards and commissions and would not find the entire zoning board disqualified from hearing a case.