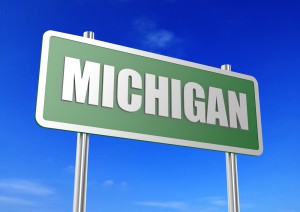 County of Jackson vs. City of Jackson, 2013 WL 3957695 (Mich. App.) involved defendant’s attempt to raise revenue for certain city services such as street sweeping, catch basin cleaning, leaf pickup, and mulching by a storm water management utility charge on all property owners.  The Headlee Amendment to the Michigan Constitution prohibited imposition of a tax on property without an affirmative popular vote.  Before the imposition of the utility charge, the city had funded its obligations under the federal Clean Water Act through property and gas taxes from the general fund and road fund, respectively, as well as certain surcharges on water and sewer bills.  By ordinance, the city created a storm water utility to manage surface and storm water through an annual charge imposed on all property, whether developed or not, in the city and limiting the revenue derived from the charge to storm water facility construction operation and maintenance.  The charge was computed based on an estimate of storm water runoff from each parcel which charge considered whether the surface is all or partially impervious (although it had a uniform charge on small, single family residential lots).  The ordinance also provided for various credits for reducing the amount of storm water and surface water discharge, provided for administrative appeals in the computation of charges, and allowed for enforcement through civil actions, discontinuation of water service and the like.  Plaintiff local government and various private entities brought an action for declaratory, and for monetary and injunctive relief against the ordinance.

The Court found that plaintiffs bore the burden of proof to show the ordinance was invalid or unconstitutional and required plaintiffs to show that the fee was a “tax,” and thus not permitted without a popular vote.  In Bolt v. City of Lansing, 221 Mich App 79, 561 NW2d 423 (1997), a similar scheme was found invalid by the Michigan Supreme Court, which used a 3-factor analysis to distinguish a fee from a tax, i.e.: (1.) a fee serves a regulatory purpose; (2.) a fee is proportional to services rendered; and 3. a fee is voluntary.  Neither of the first two factors were met, especially as two-thirds of parcels in the city already had a separated sewer and storm water system which those owners had already paid for through general taxes or individual assessments.  The Bolt ordinance failed to distinguish between charges based on services provided as to the relationship between the charges and benefits conferred.  Moreover, the ordinance in that case and this, while relating to rainfall on a parcel, did not deal with the treatment of pollutants from which parcels discharge into navigable waters.  Finally, the fees in both cases were neither voluntary nor avoidable.  Also important in Bolt were the following: (1.) the fee revenues were to be used on projects which had been financed by the general fund; (2.) the indebtedness from the fee could be secured by a lien; and (3.) the fee was sent along with property tax statements.

We conclude that the storm water service charge imposed by Ordinance 925 is a tax and not a valid user fee.  To conclude otherwise would permit municipalities to supplement existing revenues by redefining various government activities as “services” and enacting a myriad of “fees” for those services.  To permit such a course of action would effectively abrogate the constitutional limitations on taxation and public spending imposed by the Headlee Amendment, a constitutional provision ratified by the people of this state.  In fact, the imposition of mandatory “user fees’ by local units of government has been characterized as one of the most frequent abridgments “of the spirit, if not the letter,” of the amendment.

The danger to the taxpayer of this burgeoning phenomenon [the imposition of mandatory user fees] is as clear as are its attractions to local units of government.  The “mandatory user fee” has all the compulsory attributes of a tax, in that it must be paid by law without regard to the usage of a service, and becomes a tax lien of the property.  However, it escapes the constitutional protections afforded voters for taxes.  It can be increased any time, without limit.  This is precisely the sort of abuse from which the Headlee Amendment was intended to protect taxpayers.  [Headlee Blue Ribbon Commission Report, supra, § 5, pp-26-27.] [Bolt, 459 Mich at 169.]

Turning to the case at hand, the Court found the fee served a dual purpose – financing treatment of solid pollutants in storm and surface water runoff, as well as supplementing general revenue-raising efforts by shifting funding of those activities already provided from the city’s general and street funds to a charge-based system that augments the city’s general fund.  The Court concluded that the “minimal” regulatory purpose was far outweighed by its revenue-raising features.  In fact, there was no effective regulation of discharge from an individual parcel (aside from the ordinance’s credit scheme).  The background of the challenged ordinance shows its primary rationale was revenue raising and thus violates Bolt by allowing the city to supplement its existing revenue streams by redefining a governmental activity as a “service” for which a user fee may be charged.  Moreover, there was no relationship or proportionality between the service and the fee – rather the charge resulted in a benefit to the general public.  While larger parcels were more susceptible to proportionality under the city’s fee schedule, the bulk of parcels in the city (83%) were single family residential lots for which a uniform single charge was imposed.  Finally, the ordinance in this case, as in Bolt, was compulsory and effectively enforced through various means.  Given these attributes, the ordinance was deemed to be a tax and thus invalid without a popular vote.

This case deals with the details of property tax limitation measures, which differ from state to state.  As a matter of logic, the case makes a great deal of sense and distinguishes fees from taxes. County of Jackson vs. City of Jackson 2013 WL 3957695 (Mich App).