Posts in International Land Use.
Great Britain Wrestles with Land Use Planning Reforms: Is Oregon Next?

By Joseph West on 5.11.12 Posted in International Land Use

Land use planning laws in Great Britain may not be on your radar screen.  But some interesting things -- besides the 2012 Summer Olympics -- are happening over there that may just make their way to Oregon.  Last July, Britain’s Planning Minister proposed that Parliament adopt a new “National Planning Policy Framework” that would make significant changes to Britain’s land use planning laws.  Depending on your particular political viewpoint, the changes would either (a) rem 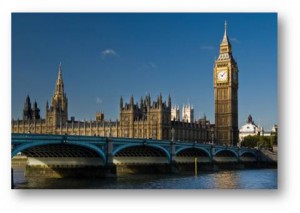 The proposed changes included a general policy statement that “[p]lanning must operate to encourage growth and not act as an impediment.”  The most controversial change proposed that Britain’s planning system be based on a presumption that development should be allowed, and a requirement that local authorities be flexible, not delay projects, and approve proposed developments where local plans do not specifically address whether the development should be permitted or not.  The language was strong: