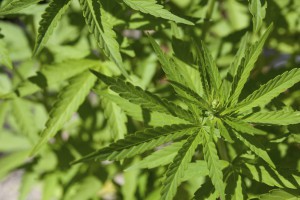 In the recent case, Cannabis Action Coalition (CAC) v. City of Kent, the Washington Supreme Court was asked whether the MUCA authorization for “collective gardens” preempts the Kent ordinance banning them. A statute preempts the field and invalidates a local ordinance “if there is express legislative intent to preempt the field or if such intent is necessarily implied...from the purpose of the statute and facts and circumstances under which it was intended to operate.”  The Court found no express preemption clause, leaving the question of whether preemption is implied.  CAC argued that the express authorization allows cities to zone only commercial production and processing of marijuana and not non-commercial collective gardens.  The court rejected that argument, finding nothing in the express language that distinguished between a profit or the shared use collective garden activities.  The Court went on to find that, although state law prohibits local governments from opting out of medical marijuana altogether, the local ordinance concerned a particular land use, collective gardens, and did not address the personal use of medical marijuana.  Accordingly, the Court found that the City’s ordinance was not pre-empted.

Warning Regarding Federal Law: The possession, distribution, and manufacturing of marijuana is illegal under federal law, regardless of state law which may, in some jurisdictions, decriminalize such activity under certain circumstances. Federal penalties for violating the federal Controlled Substances Act (the “CSA”) are serious and, depending on the quantity of marijuana involved, can include criminal penalties of up to 20 years in prison and/or a fine of up to $2,000,000. 21 U.S.C. § 841. The penalties increase if the sale or possession with intent occurs within 1,000 feet of a school, university, playground, or public housing facility. 21 U.S.C. § 860. In addition, the federal government may seize, and seek the civil forfeiture of, the real or personal property used to facilitate the sale of marijuana as well as the money or other proceeds from the sale. 21 U.S.C. § 881. Although the U.S. Department of Justice has noted that an effective state regulatory system, and compliance with such a system, should be considered in the exercise of investigative and prosecutorial discretion, its authority to prosecute violations of the CSA is not diminished by the passage of state laws which may permit such activity. Indeed, due to the federal government’s jurisdiction over interstate commerce, when businesses provide services to marijuana producers, processors or distributors located in multiple states, they potentially face a higher level of scrutiny from federal authorities than do their customers with local operations.

Washington’s Initiative 502 decriminalized, licensed and regulated marijuana sales under state law, and prospective retail licensees are gearing up to begin operations. On June 3, 2014 a suit was filed by one prospective licensee against the City of Wenatchee over its prohibition on issuing business licenses for business activities that are not lawful under city, state, and federal law. Because the sale of marijuana remains unlawful under federal law, Wenatchee has made clear that it will not license marijuana businesses that are duly licensed by the state Liquor Control Board to operate in Wenatchee. In October 2013, the Wenatchee City Council voted 4-3 against a proposed ordinance that would have allowed business licenses to be issued to state-licensed marijuana businesses.

This suit will be closely watched by local governments and marijuana businesses alike. If the reaction of Wenatchee’s Mayor reported, as by The Wenatchee World, is any indication, local governments are not excited about becoming the subject of costly litigation to establish the boundaries of state and local law: “‘I’m trying to balance a budget.’ . . . ‘We’ve got big issues in the city. Having the distraction of this marijuana issue is not something I want to deal with.’”  These concerns could rise dramatically if Wenatchee chooses to respond to such suits by arguing that the state’s licensing and regulation of marijuana businesses is in conflict with federal law. That claim would expand the lawsuit while threatening newly forming marijuana businesses statewide, and could invite the participation of groups like the American Civil Liberties Union and possibly Washington State itself to defend state law.

Unless expressly stated otherwise, any federal tax advice contained in this communication (including attachments) is not intended to be used, and cannot  be used, for the purpose of avoiding federal tax penalties.

This e-mail is for the sole use of the intended recipient(s). It contains information that is confidential and/or legally privileged. If you believe that it has been sent to you in error, please notify the sender by reply e-mail and delete the message. Any disclosure, copying, distribution or use of this information by someone other than the intended recipient is prohibited.