By Paul Trinchero on 10.12.17 Posted in Condemnation, Eminent Domain 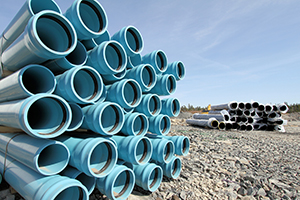 The Court of Appeals recently weighed in on the “ripeness” of claims for inverse condemnation and to interpret a judgment issued after a prior condemnation trial under the Uniform Declaratory Judgments Act. The case demonstrates the importance to both a condemner and property owner of clearly and unambiguously describing the scope of a taking in the conveying document – in this case a condemnation judgment.

By Paul Trinchero on 10.24.14 Posted in Condemnation, Eminent Domain, Oregon Court of Appeals 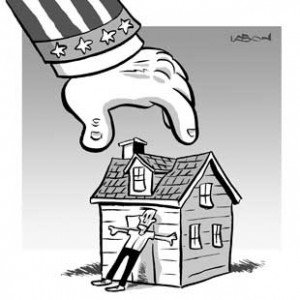 The issue of whether a property owner is entitled to compensation for the taking of abutter’s rights of access to a public highway was again taken up by the Court of Appeals in State v. Alderwoods (Oregon), Inc.  The case involved an eminent domain action relating to the recent improvements to Highway 99W near its intersection with Highway 217.  The State filed an eminent domain action seeking to take a temporary construction easement in order to improve the sidewalk and to remove the curb cuts and driveways that allowed access to the Alderwoods (Oregon), Inc.’s property from Highway 99W.  The property retained indirect access to Highway 99W from Warner Road. In its Complaint, the State alleged that, in addition to the temporary construction easement, it was seeking to acquire “[a]ll abutter’s rights of access, if any” to Highway 99W.  After the Complaint was filed but before trial, ODOT exercised its regulatory authority to remove the property’s access to Highway 99W through a separate administrative action.  Prior to trial, the trial court granted the State’s motion in limine to exclude all evidence of diminution in the value of Alderwoods’s land resulting from the loss of direct access to Highway 99W.  The parties stipulated to a general judgment awarding just compensation for the temporary construction easement and Alderwoods appealed the trial court’s ruling on the motion in limine.

The Court of Appeals heard the appeal en banc and an equally divided Court issued a per curiam decision affirming the trial court’s ruling. Judge Armstrong wrote the concurring opinion in favor of affirming the trial court’s decision.  Judge Sercombe wrote a separate concurring opinion.  Judge Wollheim wrote the dissent. All three opinions agree that, generally, “there is no right to compensation for a loss or restriction of access to an abutting street if access to the property is not completely eliminated by the project for which the other property is being condemned.” Id. at *8. Although a property owner has a common law right of access to an abutting public right of way, that access right is subservient to the public’s right of free use of the streets.  The state may protect that right through the exercise of its police powers.  Thus, if the state exercises its police power to eliminate or restrict property’s access to an abutting public right of way (so long as all access is not eliminated), the property owner is not entitled to compensation regardless of the diminution of value caused by the loss or restriction of access.

The three opinions differ on whether the State is required to pay just compensation where it seeks to take or restrict a property owner’s right of access through an eminent domain action as opposed to an administrative action exercising its police powers.  Judge Armstrong in his concurring opinion reasoned that Alderwoods had a common law right of access to Highway 99W.  However, because that right of access was lost by administrative action “the property has no lawful access to Highway 99W irrespective of the condemnation of the access to the highway.” Id. at *7 (emphasis in original).  Therefore, Judge Armstrong concluded that the evidence of diminution of value was irrelevant and properly excluded by the trial court.

Judge Wollheim’s dissent concludes that Alderwoods should have been allowed to present evidence of damages resulting from the State’s taking of its abutter’s right of access to Highway 99W in the eminent domain proceeding. Judge Wollheim does not dispute that the State has the right to take or restrict access through its regulatory authority without compensation (so long as all access is not eliminated).  However, because the State chose to take the access through its eminent domain under the authority granted by ORS 374.035, the State was statutorily required to pay just compensation in the eminent domain proceeding.  Judge Wollheim did not consider the administrative action eliminating access, in part, because the State did not argue that the regulatory action eliminated Alderwoods’s right to compensation.

It is anticipated that Alderwoods will file a petition of review with the Oregon Supreme Court.  Until the Supreme Court weighs in on the issue, the primary take away from the Court of Appeals per curiam decision is that the condemner should exercise its regulatory authority to eliminate or restrict a property’s abutter’s rights of access before it files an eminent domain action.  It is clear under all three opinions that a property owner is not entitled to just compensation for a restriction or elimination of abutter’s right of access through the state’s regulatory authority (so long as all access is not eliminated).