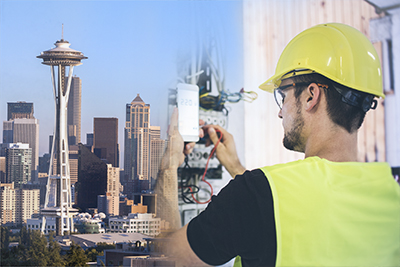 The City of Seattle recently implemented a new progressive energy efficiency policy that requires certain commercial buildings in Seattle to get a tune-up assessment every five years. The program encourages commercial buildings to run more efficiently by reducing energy and water costs, which is good for the environment and good for lowering building operating costs. We expect that most commercial landlords will try to pass through the initial cost of obtaining a building assessment to commercial tenants via common area maintenance (CAM) charges. The upside is that, in the long-term, energy and water costs are expected to decrease as the systems become more efficient.

Before commercial landlords decide to pass through any tune-up program costs to tenants, they should first analyze their leases to confirm whether they are allowed to do so. Conversely, commercial tenants should also review their leases to understand their rights, including potential savings that could be passed through.

As a real estate finance lawyer, I often review bank loan documents and shake my head over the extreme measures taken to protect the rights, prerogatives and leverage of banks. Lenders are given every conceivable remedy as against the borrowers, and borrowers and loan guarantors are required to waive all statutory, equitable and common law defenses and rights. Once in a while this approach backfires.

At the same time, there is a general rule in Washington State and in most states that prevents lenders from obtaining deficiency judgments against borrowers and guarantors after non-judicial foreclosure of a deed of trust securing a loan. RCW 61.24.100. There are exceptions to that rule, including the provision of RCW 61.24.100(10) which allows a lender to sue a commercial loan guarantor for a deficiency if the guaranty was not secured by the foreclosed deed of trust. It is the interaction of the “related documents” language common to bank loan documents and the limited exception to the general rule prohibiting deficiency judgments which was examined by Division II of the Washington Court of Appeals in First-Citizens Bank & Trust Company v. Cornerstone Homes & Development, LLC, No. 43619-1 (Wash. Ct. App. 2013).

In First-Citizens Bank, the lender non-judicially foreclosed on a number of borrower’s properties after a series of commercial construction loans went into default. Because the amounts bid at the trustee’s sales did not fully repay the amounts owed under the loans, the bank then brought a lawsuit seeking a deficiency judgment against the loan guarantors. However the guarantors argued that because the guaranties were “related documents” which were secured by the deed of trust foreclosed, the general anti-deficiency rule of RCW 61.24.100 barred the lawsuit against them.

The bank and the amici (Washington Bankers Association) argued that the bank did not intend to secure the specific Commercial Guaranty signed by the guarantors, not withstanding the language that the “related documents” secured included “guaranties”. They also argued that the guarantors waived their right to raise the “anti-deficiency” defense in their guaranty, among the laundry list of rights and remedies which a guarantor ostensibly waives in the bank’s form guaranties.

In the first decision by an appellate court which I could find in the United States, Division II of the Court of Appeals agreed with the guarantors, that the bank was barred from seeking a deficiency judgment against them in this context. The Court ruled that the deeds of trust in question secured performance of the guaranties. While the bank may not have intended the effect of its explicit language, it drafted the instruments and is bound by the express language. To the extent the language may not have been clear, ambiguities are construed against the drafter and in favor of the guarantors. Because the guaranties were secured by the deed of trust non-judicially foreclosed, RCW 61.24.100 barred a deficiency judgment against the guarantors thereafter. It also cited recent Supreme Court precedent strongly disfavoring waivers of statutory requirements governing non-judicial foreclosures in rejecting the bank argument that the guarantors waived the anti-deficiency defense.

In a fashion which is typical in bank loan documents, the lender tried to overreach in providing protection for its prerogatives and expansive rights and remedies. This case confirmed that in this context, banks’ over-zealous efforts to provide maximum security for loan documents can backfire. Usually us lawyers representing lenders are more effective in enlarging a lender’s hammer in a way which does not harm its position. The “related documents” dragnet went too far.

As the Court noted, the bank had other approaches which would have preserved its right to sue the guarantors. But the bank chose to first conduct a Trustee’s Sale. There are at least ten cases pending in the Superior Courts of Washington or on appeal with a similar fact pattern. For commercial loan guarantors swept up in the real estate downturn of the last five years, this drafting and procedural misstep by many banks makes Christmas a little cheerier!

By Joseph West on 11.13.12 Posted in Commercial Leasing

I attended the ICSC (International Conference of Shopping Centers) Law Conference last month in Orlando, Florida, along with my GSB partner, Rob Spitzer. Fortunately, Hurricane Sandy stayed off the coast of Florida during our stay, and the conference was a great success. Unfortunately, Sandy continued north, took a sharp left turn, and introduced itself to the East Coast. Perhaps it was a coincidence, but several of the presentations at the ICSC Law Conference included a discussion of damage and destruction provisions found in retail leases. 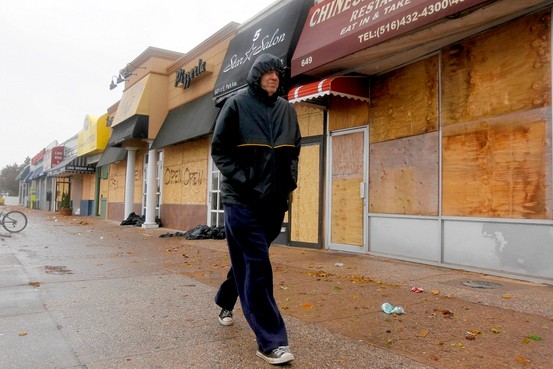 and destruction provisions in retail leases are often overlooked by the parties at the time the lease is negotiated. Frequently appearing towards the end of a lengthy lease document, the damage and destruction provisions are often considered to be less important than the key business terms of the lease, such as the commencement date, base rent, rent escalations, common area maintenance expenses, parking and restrictions on assignment and subletting. However, because a disaster like Hurricane Sandy, or any other event which causes damage or destruction to a shopping center, will be a significant disruption to the tenant’s business and the parties’ relationship, it is important the damage and destruction provisions be considered at the outset of the lease negotiations.

The typical retail lease will require the landlord to restore the leased premises in the event of damage or destruction. The landlord will often condition that obligation on the receipt of insurance proceeds or provide for a right to terminate the lease if the damage is substantial or the lease is near the end of the term. However, there are several other issues that the lease should address, including (1) whether the tenant is entitled to rent abatement pending restoration, and if so, whether additional rent (pro rata share of CAM charges) is abated in addition to base rent; (2) whether the tenant will have additional time after the landlord restores the leased premises to complete tenant improvements and stock inventory before rent re-commences; and (3) whether the tenant should have a right to terminate the lease if the damage is near the end of the term or if the landlord has not restored the premises within a specified period of time. Related to these issues are the insurance provisions of the lease, which should be drafted to work in concert with the damage and destruction provisions, so that adequate insurance proceeds are available to the landlord to restore the property and to the tenant to restore the tenant’s property.

While events such as Hurricane Sandy are infrequent, parties to a lease should not wait until such an event occurs to review the damage and destruction provisions of their lease.

Bob Weaver and Adam Kelly of Garvey Schubert Barer recently obtained summary judgment in favor of Old Navy, LLC in the Oregon federal court enforcing the plain and unambiguous terms of the Co-Tenancy requirements of Old Navy’s retail lease. Notably, the Court held that that the Co-Tenancy requirements are conditions that must be satisfied in order to require Old Navy to operate at the mall and pay full rent. The Court also held that Old Navy’s contractual right to pay reduced rent during the period of a “Co-Tenancy Failure” is (1) not a liquidated damages provision as a matter of Oregon law, and (2) required a refund to Old Navy of the more than $550,000 in excess rent mistakenly paid during the Co-Tenancy Failure as a result of the landlord’s failure to provide notice of the Co-Tenancy Failure. 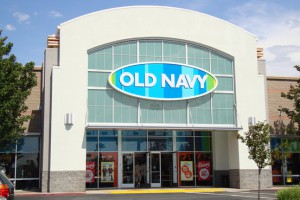 estate markets for investors.  According to the firm, Portland showed strength in retail sales and growth in high-tech manufacturing jobs, which should be good news for retail tenants and landlords.  The firm also predicted rent hikes in high traffic urban districts as retail vacancies decline.  The increase in commercial retail tenants in the area should attract real estate investors to the Portland market, providing a welcomed boost.  And with more retail tenants comes more jobs.  All good things in this economy.

By Joseph West on 2.10.12 Posted in Commercial Leasing

A recent New York case illustrates the importance of having a carefully drafted co-tenancy clause in a commercial lease. In Staples the Office Superstore East, Inc. v. Flushing Town Center III, L.P., a shopping center Landlord had entered into a Lease with Staples, the large office supply store, for Staples to open a new store. The Lease included a co-tenancy provision that granted Staples certain rights and remedies, including the right to terminate the Lease, in the event certain co-tenancy requirements were not met. One of those requirements was that “Home Depot 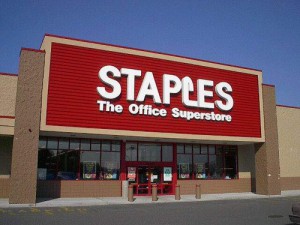 (or a national retailer having not less than 100 stores and occupying not less than 100,000 square feet)” be open for business in a specified area of the shopping center. The Landlord subsequently leased the specified area to BJ’s Wholesale Club instead of Home Depot. Staples claimed this was a violation of the co-tenancy provision, triggering the termination rights that Staples had negotiated into the Lease. After the parties exchanged several threatening letters over the dispute without resolution, Staples filed suit seeking a declaratory judgment that the co-tenancy requirement was not satisfied by the Landlord and that therefore Staples could terminate the Lease.

By Joseph West on 11.10.11 Posted in Commercial Leasing, Real Estate

I participated in the ICSC (International Conference of Shopping Centers) Law Conference in Phoenix last month along with my GSB law partner, Joseph West, and was impressed with the high quality of the legal presentations and the aggregation  of industry talent of the attendees. 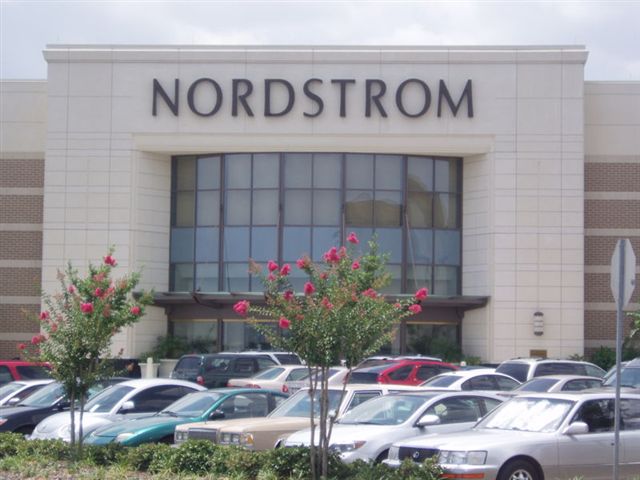 I anticipated seeing colleagues in private practice with experience representing landlords and tenants, but we were joined by the country’s major retailers and their in-house counsel, as well as shopping center leasing teams.   Quite often, the most interesting insights came from interactive seminars in which conference participants as well as presenters could share their own experience and knowledge with the group.