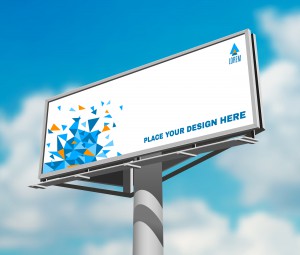 Plaintiff challenged the denial of its applications to convert existing nonconforming billboards to digital signs under the Free Speech clause of the California Constitution and also alleged that “pervasive exceptions” to the ban was fatal to it.   The trial court granted relief and the City appealed.

The appellate court traced the extensive sign litigation in California state and federal courts which almost uniformly upheld those regulations.   This litigation included Central Hudson Gas & Electric Corp v. Public Services Comm., 447 US 557 (1980) which allowed regulation of commercial speech under the First Amendment if it concerned lawful activity and were not misleading, involved a substantial governmental interest that was directly advanced by the regulation, and was not more extensive than necessary to serve that interest.   In a series of cases involving a California billboard ban entitled Metromedia, Inc. v. City of San Diego, 610 P2d 407 (1980), Rev. 453 US 490 (1980), on remand 32 Cal3d 180 (1982), the Supreme Court determined that non-commercial messages could not be treated less favorably than commercial messages.

The appellate court also examined the historical exceptions to the Los Angeles ban including a settlement agreement with a billboard company (later voided), exclusive grants to advertising companies to use transit stops and buses for advertising, allowing charities space on city utility poles for advertising community, charitable and nonprofit events, and those allowed in special districts, such as the Staples Center.

In interpreting the California Constitution, the trial court did not find itself bound by the case law involving the First Amendment and found no persuasive authority for the distinctions between onsite and offsite signs, nor between commercial and non-commercial messages, thus finding the City’s ordinance to be content based and thus unconstitutional because it could not be shown to be serving a compelling state interest and narrowly drawn to achieve that end.   That court also said if the Central Hudson test were used, it would fail because it did not directly advance the stated traffic safety and aesthetic interests and was more extensive than necessary to achieve the same.

After resolving some briefing issues, the appellate court noted that neither the First Amendment nor the California Constitution prohibited the commercial-non-commercial or onsite-offsite distinctions.   The recent Reed v. Town of Gilbert decision by the U.S. Supreme Court dealt with categorization among non-commercial signs based on content, but was not applicable to this case.   Further, Sorrell v. IMS Health, Inc. 564 US 552 (2011), which struck down a ban on disclosure by pharmacies on medical doctors prescription practices, there was no adequate showing that the ban directly advanced a substantial governmental interest and was narrowly drawn to achieve the same, but did not involve either of the distinctions challenged in this case, which were implicitly upheld under the court’s analysis of the Metromedia cases.   Contrary to the trial court, the appellate court refused to use Oregon precedent on the onsite-offsite distinction under its state constitution in Outdoor Media Dimensions v. Department of Transportation, 340 Or 275 (2006), bowing to its “respectful consideration” to federal precedents in the interpretation of the First Amendment and noting California precedents in the commercial-noncommercial speech dichotomy, concluding:

In sum, we now have California precedent finding an onsite-offsite distinction does not violate article I, and in any event we would not follow Oregon precedent that gives no consideration to federal authorities that our own Supreme Court instructs us to consider for their persuasive value.   We note in addition that other states have free speech clauses similar to ours, and court in those states have upheld ordinances against both state and federal constitutional challenges to an onsite-offsite distinction. * * ** Accordingly, we reject plaintiff’s contention that California’s free speech clause requires strict scrutiny of the city’s sign ban.

The appellate court also rejected plaintiff’s contention that the ban failed intermediate scrutiny because it allowed too many exceptions (15,000 offsite signs with a total of 460,000 square feet since 2001) in addition to onsite, noncommercial and exempted off-site signs, because the ban still advances the substantial governmental purposes of traffic safety and aesthetics without undermining or contradicting them.   The court noted that 40% of the sign area and half the signs were in street banners and another 36% of the square footage was in transit stop advertising.   These exceptions do not work at cross-purposes to the ban.   The remaining 147 signs are too small to consider.   The trial court decision was thus reversed and the matter remanded with instructions to deny the requested relief.

California free speech law differs greatly from that of Oregon as to onsite-offsite and commercial-noncommercial signs.   It appears that California agrees with much of the U.S. Supreme Court precedent on signs and that Oregon remains a more protective outlier in this area.