Arkansas vs. Federal Government A Takings Case before the US Supreme Court
By Foster Garvey on 11.21.12 Posted in Federal Land Use, Takings
PDF

On October 3rd, the United States Supreme Court heard an unusual takings case, one brought by one public entity against another. Arkansas Fish and Game Commission v. United States involves the state’s claim for damages for loss of timber in its Dave Donaldson Black River Wildlife Management Area in northeastern Arkansas by flooding authorized by the federal Corps of Engineers over a six year period. The flooding was authorized to enable farmers on other parts of the Black River more time to harvest their crops. Not only was timber lost, but the area became less attractive to duck hunters and bird watchers. 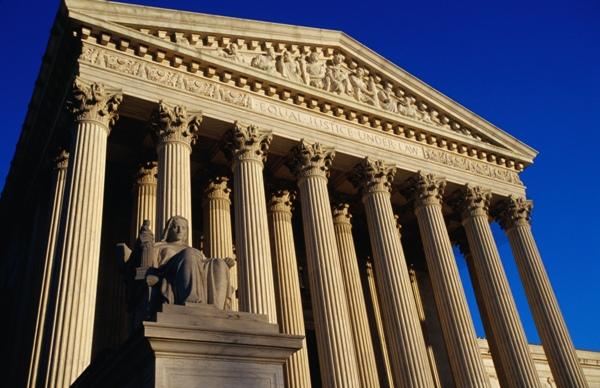 The Corps argued that its temporary release program did not constitute a taking and that a contrary determination would endanger flood control programs across the country. The state won its case in the trial court, securing $5.7 million in damages, but a divided Federal Circuit reversed that ruling, finding no taking because the flooding was temporary and not inevitably recurring. The US Supreme Court granted certiorari and will rule by next June.

In their arguments before the Supreme Court, the advocates had very different views of the policy implications of their positions – and those of their opponents. The Deputy Solicitor General argued that riparian ownership entailed certain flooding risks and that the Corps required broad discretion in dealing with flood waters without being troubled by takings claims. The implicit suggestion was that federal or state governments would not build dams if by doing so they would be liable to one or another landowner for the consequences of flooding. On the other hand, the State of Arkansas argued that the practical difference between permanent or recurring flooding and the six years of flooding in this case that caused root rot and loss of timber and habitat values was imperceptible. A landowner would have been entitled to damages had her lands flooded permanently or every year as part of a government project.

Another issue in this case was that of damages. The timber and habitat at issue would have been subject to natural flooding. Thus, if the Supreme Court finds a taking, would the state be entitled to any flooding damages or merely those which were the result of the releases in this case – which would be an evidentiary nightmare for the state. Further, what would be the implications of a positive takings outcome for the state on future dam projects? Justice Scalia, the Lex Luthor of planning, observed during oral argument that the issue was whether the landowner or taxpayers absorbed the loss. If it will be taxpayers, then future congressional authorizations of these public works projects must then account for possible claims. Should the farmers or utilities, or city dwellers who benefit from these projects be required to pay the unknown amounts of these losses? It is no longer adequate to say “the government” will do so and it is unlikely the federal government will provide a blank check to underwrite these losses.

However, allocation of loss is not the issue before the court. Rather, it is whether the federal government is liable to a takings claim as a result of discretionary water releases where it must choose and balance damage done to multiple parties. The Corps chose to give farmers more time to harvest their crops at the expense of flooding state timberlands for a longer time. Would the Corps also be liable if it decided to preserve the timberlands and allow earlier flooding of the farmlands? If so, it appears that no public works good goes unpunished.