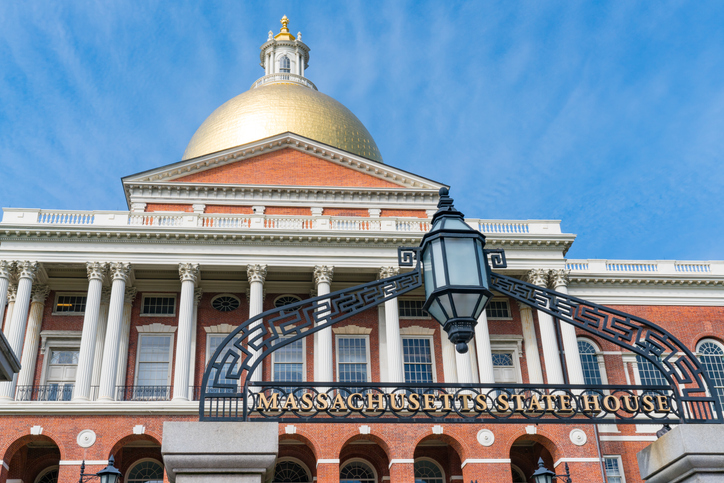 Airbnb Back in Court
("New rules don’t seem to be bringing Boston many short-term rental applications," Curbed - Boston on Apr 10)
Earlier this week, Airbnb was in court arguing that the City of Boston’s short-term rental ordinance that took effect in January is “draconian” and violates the Communications Decency Act. A Massachusetts federal judge questioned why the City of Boston shouldn’t be free to impose restrictions on Airbnb’s units as the City sees fit. The judge has yet to rule on the motion. As always, we will continue to monitor.

Google’s Hotel Search Adds Short-Term Rentals
("Google Enhances Hotel Search With Vacation Rentals," Pymnts.com on Mar 27, 2019)
Google users will see a new option for Google’s Hotel Search on the mobile app (and the option is expected to be added to the desktop version later this month) to filter for short-term rentals. In some circumstances, users will be able to book hotels and short-term rentals directly and pay using Google Pay. This kind of integration to consolidate services and create efficiencies for travelers is the kind of trend that we expect will only continue to grow in the hospitality industry.

After outcry, Airbnb changes policy to allow West Bank listings
United Press International on Apr 10, 2019
Airbnb said it will begin allowing Israelis living in the West Bank to list their homes for short-term rental, reversing an earlier decision that sparked lawsuits and controversy. In a statement, Airbnb said proceeds from the listings will be donated to a non-profit organization that's dedicated to humanitarian aid in a different part of the world, not associated with the Israeli-Palestinian conflict.

Executive rentals are collateral damage in backlash against Airbnb
680 News - Canada - Business News on Mar 31, 2019
After first disrupting the hotel business industry, shared rental services like Airbnb are making life difficult for Canada’s corporate housing sector. Condominium buildings across the country are increasingly shutting their doors to companies that help find temporary accommodations for executives on short-term work projects or their families, following some well-publicized disruptions caused by overnight guests.

Denver Unveils New Rules for Short-Term Rentals
Westword on Apr 10, 2019
The City of Denver unveils new rules for short-term rentals. “We are striking the right balance with sensible regulations that maximize the benefits of home sharing and welcome tourists to our city while minimizing the negative impacts on neighborhoods,” said Ashley Kilroy, executive director of Denver Excise and Licenses, in a statement announcing the changes.

State lawmakers eye regulations for short-term rentals
The Times Union - Breaking News on Apr 9, 2019
An effort to regulate short-term rentals in New York could be worth more than $100 million annually for state and local governments just from Airbnb properties. The revenue would come from a renewed push by state lawmakers in Albany to create a statewide regulatory framework for these rentals. The legislation would authorize online platforms like Airbnb and HomeAway to collect taxes on guest stays at properties listed on their platforms, including sales, occupancy and hotel taxes. These companies are currently only allowed to make tax remittance deals with counties outside of New York City.

Judge Questions Why Boston Can't Regulate Airbnb
Law360 - Real Estate on Apr 8, 2019
A Massachusetts federal judge on Monday asked why the city of Boston shouldn't be free to impose restrictions on Airbnb Inc. short-term rental units as it sees fit, pushing back on the company's attempt to block the "draconian" ordinance it says violates the Communications Decency Act.

Gov. Justice Signs Home Sharing Protection Bill Into Law
The Huntington News on Mar 28, 2019
Virginia Governor Jim Justice for signed SB 4, a bill that gives cities the ability to opt into a Home Rule Program that, among other things, protects the rights of West Virginia homeowners to share their homes as vacation rentels or short-term rentals.

Florida House targets Airbnb as it moves to preempt local rules on home rentals
Sun Sentinel on Mar 27, 2019
Lawmakers took the first step Tuesday to invalidate all local laws governing short term rentals, sparking a battle over how home rental companies such as Airbnb and VRBO should be regulated.

Hawaiian legislators approve plans to tax Airbnb and other short-term rentals
USA Today - Travel News on Apr 10, 2019
Hawaii's House and Senate both approved separate bills on Tuesday and will combine them later this month. Senators and representatives are expected to meet later this month to discuss differences. Attempts to enact similar measures have failed in Hawaii in past years, but lawmakers said they believe they have a better chance of succeeding this time. If passed, the law would require the short-term rental website to collect and pay taxes on behalf of property hosts.

Stay and Pay: Indiana to collect sales tax on short-term rentals for first time
News and Tribune on Apr 6, 2019
Indiana is one of three states that currently doesn't charge a sales tax for online short-term rental platforms, so how that levy will be collected and remitted is still up in the air. The law that will go into effect this summer stipulates that sales is tax to be collected by a facilitator, like Airbnb, if the rental transpired on such a platform, or the property owner if the property owner makes the transaction directly.