Posts from February 2014.
Metro Reserves Decision Issued
By Foster Garvey on 2.20.14 Posted in Land Use in Oregon

Reserves Lives but it is Back to the Drawing Board, Particularly for Washington County

In a mammoth 126-page decision, complete with a table of contents, the Oregon Court of Appeals reversed and remanded decisions made by LCDC, Metro and the three urban counties of the Portland region designating urban and rural reserves establishing priorities for regional growth over the next 50 years.  Twenty-two parties challenged the decision, presenting arguments that were characterized by the court as ranging from “the sublime to the arcane to the mundane.”  The court rejected or did not reach many of these arguments, but concluded, among other things: (1) LCDC’s interpretations of the reserve legislation were sound and entitled to deference; but (2) some local governments, particularly Washington County misapplied the rural reserve factors.   The decision now goes back to LCDC with instructions that it remand the entire reserves decision to Metro.

The reserves process requires that Metro and the counties designate urban and rural reserves based on a series of “factors” for sufficient land to accommodate population and employment growth for the next 50 years and to achieve a balance that “best achieves” certain values.  Challengers raised a number of arguments relating to the extent to which LCDC must “consider” and “apply” the various factors and whether the “areas” designated for consideration must be parcel-specific.  The court affirmed LCDC’s approach on all points.  The court agreed with LCDC that the reserves factors must be applied but they do not serve as independent approval criteria that must be separately satisfied.  “Consideration,” according to the court, requires application of the factors that must then be “weighed, balanced” and coupled with a “meaningful explanation” of why the particular designation is appropriate.  Some challengers argued that the terms “concurrently and in coordination” required application of both urban and rural reserve factors to each area.  LCDC argued that these terms refer to the “overall process of designating reserves” and the court affirmed, agreeing that LCDC’s interpretation was plausible.

LCDC also correctly determined that “areas” for consideration can be larger individual properties and do not extend for the entire region.  Rather than finding a definitive definition of the term, the inquiry involves an evaluation of whether the local government adequately considered the factors in making the designation.

The court agreed with LCDC that the term “best achieves” is a qualitative rather than a quantitative standard that applies “in its entirety” to the overall decision and need not be applied to decisions regarding particular properties or areas.  “Best achieves” does not require a ranking or application of a strict hierarchy but rather allows for a range of permissible designations.

Turning to Washington County’s decision, designating rural reserves requires consideration of a number of factors such as soil quality, whether the land has a history of sustaining long-term agricultural activities, and whether the lands are threatened by urbanization.  Particularly relevant to this appeal were two factors: land capability in terms of soils and availability of “water where needed” and land suitability; (i.e. whether, given adjacent land patterns, ownership, agricultural infrastructure, etc., the land could support farm activities over the long term).

Finding that much of its candidate land for urbanization satisfied these factors, and presumably under pressure to find even more urbanizable land, Washington County created some additional “inexact surrogates” or what the court labeled “pseudo factors” with which to distinguish such lands.  Washington County relied on a largely out-of-date and inaccurate 1982 Huddleston soil productivity report emphasizing “future water availability” as a significant limiting factor for excluding Foundation Agricultural land (which was more likely to be excluded from urbanization), over a more-recently conducted Oregon Department of Agriculture (ODA) report evaluating the suitability of soils.  Whether land is irrigated could not be used as a factor when rating land suitability for rural reserves when the reserve factor provides for consideration of “water where needed.”

The court went on to find that Washington County improperly reduced its analysis of suitability of the land for agricultural uses given the uses going on around it to a single component – whether the farmland was contained within “large blocks.”  “Large blocks,” explained the court, refers to the functional relationship of agricultural land to other agricultural or resource lands and the identification of large, intact agricultural areas.  “Large blocks” may be a component of determining land suitability but it cannot take the place of a suitability analysis.

Not to let Clackamas and Multnomah Counties off the hook, the court found two additional bases for remand.  With regard to the Stafford area, Metro and Clackamas County failed to connect the dots when designating Stafford as an urban reserve given a regional transportation plan conclusion that all of the transportation facilities serving Stafford will be failing and the contrary conclusion that the system will improve by 2060.  Finally, keying back to its conclusion that “consideration” of the factors requires their application to an “area,” Multnomah County erred by failing to explain why a property south of Skyline Boulevard, known as Area 9D, was included as part of a larger area for consideration as a rural reserve.

Leaving the larger policy questions over how quickly or painlessly this situation can be remedied to the politicians, this decision provides some important lessons. First, even though the local and regional decisions are based on mere factors, they require articulation and consideration.  Washington County cannot avoid designating Foundation Farmlands as rural reserves when these lands contain the very characteristics that make them “suitable” and “capable” of supporting agricultural uses.  Washington County overreached.  It was caught trying to reverse-engineer a system when it was repeatedly warned of the consequences.  All attempts at finding a reasonable settlement fell on deaf ears.  Second, there is a lesson here for those of us who draft rules, codes, and laws.  Using discretionary terms like “consider,” “factors,” “areas” and “balance” requires a high level of explanation and articulation.   We know now that although using such squishy words may make decision-making more politically palatable, that kind of drafting can also take just as long as a more rigid prioritization scheme.

Read More ›
Oregon Legislative Session 2014 – Are Land Use, Mines and Marijuana Connected?
By Foster Garvey on 2.14.14 Posted in Land Use Planning

While some legislators believe the State can solve unemployment in rural Oregon by fast track approval of mines and power generating facilities, perhaps rural Oregonians would be better served by positioning themselves for the emerging marijuana market.

Two bills – Senate Bill 1578 and House Bill 4153 – are in play this legislative session to encourage job development in cities and counties with high unemployment rates.  These bills will provide a free pass for land use approvals to develop mines and power generating facilities, among other uses.  In both bills, areas of high unemployment are defined as those areas where the unemployment rate is seven percent or higher for a period of 12 consecutive months. 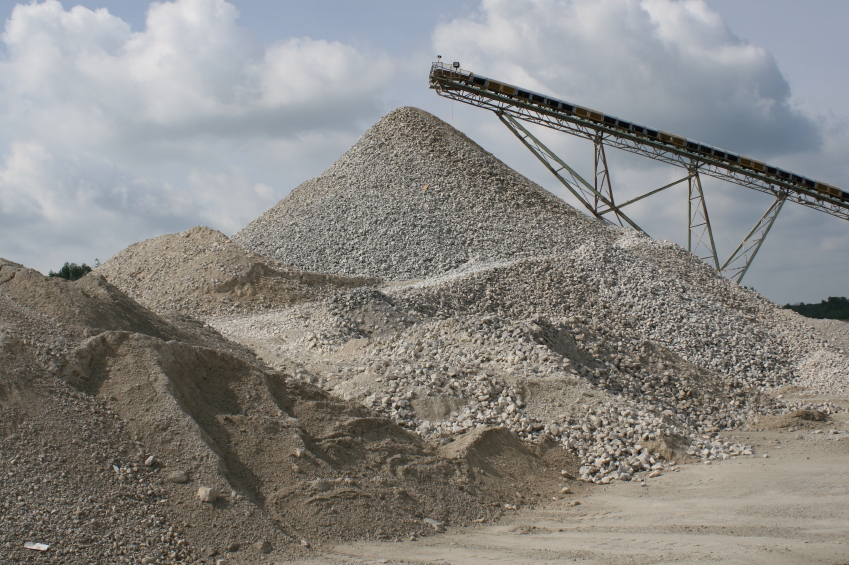 The bills allow local governments to adopt ordinances establishing criteria under which the government body may approve an application to site and use an industrial manufacturing or natural resource facility in an area of high unemployment, notwithstanding the statewide land use planning goals, comprehensive plans or land use regulations.  Only one public hearing for such application would be required and once the local government acts, all other affected State agencies, counties, cities and political subdivisions would be required to issue appropriate permits, licenses and certificates and enter into intergovernmental agreement as necessary for the construction and operation of the facility.

While both bills provide that the decision of a local government under such an ordinance would not be a land use decision, and appeals would be expedited to the circuit courts, Senate Bill 1578 would require that circuit courts give priority to proceedings that arise under this bill over all other matters before the circuit court.  Anyone who participated in a Measure 37/49 proceeding in circuit court should flinch a little at this proposal – and the idea that land use matters should be considered by judges who have little experience in this area of law.

Over the past few years, we have witnessed several attempts to provide for industrial supersiting and solutions for areas of the state with high unemployment rates. Instead of pursuing these special interest bills, perhaps we should focus on new markets.  If rural legislators are really looking for market share and job development, perhaps they would do better by positioning themselves to benefit from marijuana-related efforts.  Rural areas are primed to make land available as “shovel-ready” for agricultural production and supply chains to medical marijuana facilities or recreational users.  Keep an eye on Senate Bill 1531 governing the location of medical marijuana facilities and Senate Bill 1556 suggesting that persons over age 21 should be able to possess, transfer or produce marijuana, as well as other initiatives aimed at legalizing the recreational use of marijuana.  If Senate Bill 1556 is passed, the vote of the people in the next general election will be required before it takes effect.  Oregonians have mastered the art of viticulture, and now it appears that more opportunities to provide for the consumption of specialty farm products may be in our future.

Oregon’s ocean energy landscape has a potential new player.  On Wednesday February 5, 2014, The U.S. Department of Interior’s Bureau of Ocean Energy Management (BOEM) gave the green light to a developer to submit plans for a floating wind farm 15 miles off of Coos Bay.  This is only the first step in a long permitting process, so we are unlikely to see the turbines any time soon, but it is a new development for ocean energy. 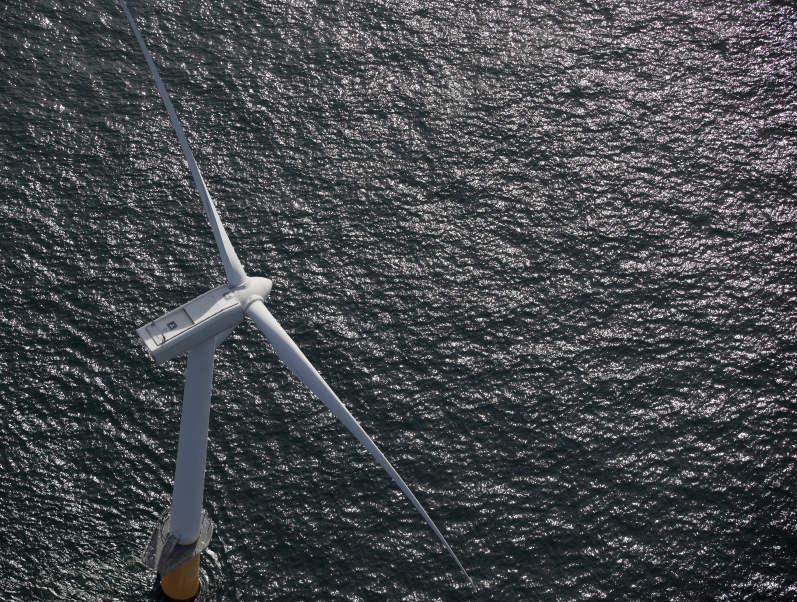 The developer of the project, Principle Power, Inc., out of Seattle Washington, began the process in May of 2013 by submitting an unsolicited proposal to lease 15 square miles approximately 15 nautical miles off of Coos Bay Oregon.  As proposed the “WindFloat Pacific Project” would consist of five 6.0 megawatt (MW) wind turbine generators mounted on floating foundations, anchored to the seafloor in 1,200 to 1,600 feet water depth.  The decision on Wednesday is by no means the last word on the project; it simply authorizes Principle Power to submit plans to the BOEM.  The next step in the process would likely involve a determination under NEPA.  As the proposal is outside the state’s 12 mile territorial sea, the state of Oregon would not have permitting authority, but may submit comments to the federal government as the project moves forward.

Momentum appears to be growing for off-shore wind energy projects.  BOEM has issued two non-competitive leases in the northeast (one for an area off of Delaware and the other for the Cape Wind project in Nantucket Sound) and three competitive leases (two offshore Massachusetts-Rhode Island and another offshore Virginia).  The BOEM is considering additional competitive auctions for wind energy areas offshore Maryland, New Jersey and Massachusetts in 2014.  However, the project off of Oregon’s coast is the first offshore wind energy on the Pacific coast.  Although it is a long way from making it into the water, the project bears watching.