Posts from May 2013.
Florida Federal Court Invalidates County Corridor Preservation Scheme
By Foster Garvey on 5.23.13 Posted in Federal Land Use

Hillcrest Property LLP v. Pasco County, 2013 WL1502627 (M.D. Fla.) involved defendant’s “Right of Way Preservation Ordinance” as a means of avoiding payment to landowners through whose property designated existing and future transportation corridors ran.  If no development were requested, the County may acquire the property through traditional eminent domain means, but if a development application were filed, the Ordinance requires uncompensated dedication of the land.  The county attorney declared that the Ordinance saved millions of dollars annually for the County through this scheme of “voluntary” dedication.  Plaintiff challenged the scheme inter alia under the due process and just compensation clauses and state constitutional grounds.  A federal magistrate found the Ordinance unconstitutional and recommended issuance of an injunction to a federal judge.

The court said that the challenged Ordinance was adopted to implement the County Comprehensive Plan and allowed interim use by the landowner of the dedicated property until the County needs it.  If the landowner believes the rough proportionality of the dedication is excessive, she may apply for a discretionary waiver, but must provide extensive appraisal and other information at her own expense for determination of a County review committee which may pay the differential, grant credits on systems development charges or provide for other waivers of costs of associated improvements, or any combination thereof.  A landowner may also apply for a variance from the waiver by showing that the application of that waiver causes a hardship; however, the variance is highly discretionary.  Plaintiff owns 16.5 acres of land zoned commercial.  Under the challenged Ordinance, there was a 50-foot right-of-way overlap of a future public road along one side of the property for approximately 1400 feet.  Plaintiff applied for site plan approval for a shopping center.  Defendant demanded the right of way, while the Florida Department of Transportation (“FDOT”) demanded a further 90-foot setback.  Plaintiff resubmitted the site plan with the reservation of right objecting to the dedication and setback and did not appeal the grant of the site plan approval with those conditions.  Nor did Plaintiff seek a waiver or variance; instead Plaintiff filed this action in Federal District Court.

Miller v. Jones, 256 Or App 392 (2013), Sercombe, J. Plaintiffs brought a declaratory judgment action to determine the validity of an agreement they claimed created an easement for an irrigation pipeline through Defendants’ property.  Defendants attempted to defeat that claim by asserting that the agreement between the previous property owners was not an easement but a “license” between the two previous property owners.  Alternatively, the defendants argued that if the agreement were an easement, it was not appurtenant (i.e. the easement was not attached with ownership of the land), but rather personal; thus the right to use the easement did not transfer when the property was conveyed to plaintiffs. The court considered the plain language of the document and found that the agreement was indeed an easement because it “granted a right of one person to do certain acts on land of another” as it provided the defendants the right “to service and maintain” an existing underground irrigation pipeline on the property and “access [of the pipeline] through” the subject property.  These provisions plainly created an easement granting rights on property of another.  The court construed the plain language of the agreement, the use of the words consistent with easement language, and the purpose of the agreement and concluded that the agreement was an easement that attached to the land granting plaintiff the right to use, service and maintain its pipeline over defendants property.

Read More ›
Tags: easement, license
The Oregon Planning Program At Forty
By Foster Garvey on 5.10.13 Posted in Land Use Planning

In the human situation, middle age is often characterized by avoidance of disharmony, comfort with one’s surroundings and circumstances, and a conservative view of the future. The same often may be said of public agencies and programs. State and federal environmental agencies do not possess the fire and sense of direction that marked their inception forty years ago. Public records laws are riddled with incremental exceptions. Legislators and other public officials are willing to sacrifice their firstborn (and their laws) for the prospect of jobs.

The current Oregon land use program is now forty years old. On May 29th, the signing of SB 100 will mark that anniversary. The fact that the program has survived is important. The programs of other states have not fared as well. A new administration in Florida effectively repealed that state’s role in land use planning two years ago. New Jersey’s program is tied up in knots. Washington’s program has done better; however, that program had fairly low expectations. Hawai'i and California build slowly on their existing programs, though not without controversy. 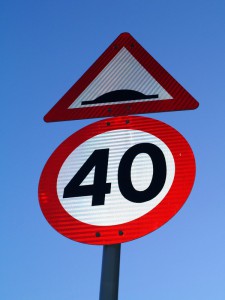 The Oregon program survived three attempts at repeal or evisceration in 1976, 1978, and 1982 and a host of more subtle efforts for legislative review of administrative rules (where they could be blocked or otherwise subject to the Salem sausage-making factory ). For a time, the electorate was under the spell of “just compensation for land use regulations” under Measure 37 in 2004, but when it became apparent that the result was billboards, shopping centers and subdivision on resource lands, the voters approved Measure 49 which severely limited claims already made and required future claims to prove that land use regulations resulted in loss of value – something often alleged but rarely, if ever, proven.

At this point, forty years on, the state’s land use program is not in danger of direct repeal, but that fact does not guarantee that the program is not in danger. With the passage of Measure 5, limitations on local property taxes and transfer of most school funding responsibilities to the state have resulted in less money being available for planning (or, for that matter, for state police, parks, or environmental protection), so that very little money is available to go to local governments for planning or providing public facilities and services to attract employment opportunities. Local governments have the same problem – while they don’t provide educational services, they must deal with the panoply of services for law enforcement, parks, housing, libraries – and planning – with a great deal less funds.

Funding isn’t the only problem though. The principal danger of having meaningful planning under state law is that every interest group pushes its pet project at the state legislature, which is not well known for its self-denial. So the interest of the moment becomes the flavor of the month in Salem, whether it’s vermiculture (worm-raising) on farmland, transmission towers over 200 feet in height, or casino siting standards. All of these have actually been the subject of legislation in Oregon.

But perhaps the most serious problem facing the Oregon planning program is the tendency both to take it for granted, while at the same time using it as the mechanism for special interests. The excitement and sense of purpose that marked the passage of SB 100 have given way to an instrumental approach to that program without regard to its origins in preservation of resource lands, compact urban areas and a participatory and integrated planning process. The analogy to middle age is not far-fetched. It is appropriate to have thoughtful discussions of that program so that those Oregonians not born or in the state in 1973 may consciously reaffirm or reframe that program.

In the day-to-day practice of law, we are often asked to sort out problems big and small with little opportunity to control who walks in our door. However, at Garvey Schubert Barer, the firm’s dedication to pro bono representation provides encouragement and support for its attorneys in giving a voice to those who cannot afford one. Ed Sullivan and I use our land use expertise on the Board of the Housing Land Advocates, an Oregon non-profit organization which has as its mission the support of land use policies that ensure land is available for affordable housing development in sustainable communities.

Recently, Housing Land Advocates Board Members, Ed Sullivan and Karin Power, published an article, entitled, "Coming Affordable Housing Challenges for Municipalities after the Great Recession." The article summarizes the challenges for cost-burdened renters in the current economy. The Great Recession’s effect on affordable housing in America was undeniably pervasive, and the statistical figures of cost-burdened rental households appear bleak when compared against the ongoing losses in rental housing stock. With fewer renters than ever supported through HUD assistance programs, however, municipalities simply cannot afford to take a back seat to the ramifications of additional housing unit loss, particularly as it appears that the number of rental households is poised for continued growth over the current decade. As this article details, municipalities can and should implement the limited and cost-efficient tools they have at their disposal to mitigate the impact of an increasingly competitive rental market on their low-income residents.