Garvey Schubert Barer’s Hospitality Group hosted events in Seattle and Portland March 11 and 12, to discuss the comeback of hotel and hospitality-related development. More than 140 attendees ranging from construction industry representatives to flag representatives and investment bankers participated in the discussions. One panel about Construction and Transactional Development highlighted the return of bricks and mortar to the hospitality conversation. The bullet point lessons are applicable to the land law blog followers – developers of all types and those who work with the construction industry, and I invite you to read on.

In both Portland and Seattle, there are grounds for optimism in the hospitality 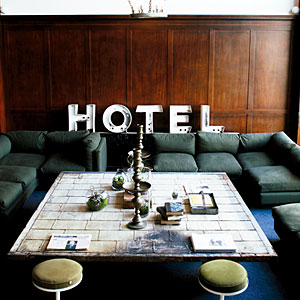 industry in 2013 given the plans for new rooms - 3,000 in Seattle and 1,000 in Portland. Also, speakers noted that there is unfulfilled demand for hotels like midsize hotel products in downtown Portland. In addition, creative construction ideas are afoot in the hospitality sector. While new builds may occur in Portland, areas like Seattle, San Francisco, and Los Angeles are making headway with adaptive re-use. For example, in Los Angeles, vacant office buildings are available and developers are finding these buildings can be converted into hotels in a cost effective manner. This kind of redevelopment in neighborhoods close to tourist amenities represents an exciting economic development opportunity in areas that no longer successfully serve office uses.

Garvey Schubert’s Julia Holden-Davis warned about some of the contract risks associated with hospitality related construction and present market conditions:

The Euclid Society met again on Thursday March 12, 2013, to discuss the case of David Hill Development v. the City of Forest Grove. As has been discussed before on this blog, the David Hill case resulted in a 6.5 million dollar jury verdict against the City of Forest Grove for a series of violations of the developer’s constitutional rights. The Euclid Society discussed the specifics of the case, how it happened and how to avoid such results in the first place.

The basic facts were undisputed – David Hill Development, LLC, bought several acres of farmland at the edge of the UGB and sought to develop a large subdivision. Although the property was flat farmland and generally easy to develop, it faced a few challenges. First, to the south was a phased development that had brought sewer most of the way to the property, but the final phase, which was not yet built, was where the gap would be bridged. In addition, the boundary between the two developments would be a road. In addition, a neighbor to the north, whose property was outside the UGB, was concerned that the sewer be built in such a way that his property could be served.

The City approved a subdivision for the property in September of 2005 and things quickly went downhill. The plaintiff argued that it lost a significant amount of money due to delays caused by the City and that the City treated plaintiff differently than other developers. Some of the plaintiff’s complaints included a requirement multiple sewer alignments, a stop work order that was later rescinded, requiring the sewer line to be built too deep (solely to serve the property to the north) and the requirement to build more of the road on the boundary line to the south. The City pointed to various reasons why each of those delays and treatment of plaintiff were reasonable but, ultimately, the jury, and later, the magistrate, agreed with plaintiff and found that the City had violated David Hill Development’s constitutional rights.

The discussion Thursday night began with a discussion of the timeline and some background information about the constructional provisions. The group then discussed the specific issues related to the sewer line and to the road and concluded with some discussions of the lessons to be learned. There was some disagreement about whether this was a unique case, based on the falling market and poor treatment of the plaintiff, but there were some universal lessons, including:

We would welcome any additional comments or discussion on the case and any lessons learned.

Read More ›
Residential Parking and Transit: The Portland Puzzle
By Foster Garvey on 3.2.13 Posted in Affordable Housing, Land Use in Oregon, Land Use Planning, LUBA, Planning

A recently decided case by the Oregon Land Use Board of Appeals (“LUBA”) says a lot about our land use system – perhaps too much. Richmond Neighbors for Responsible Growth v. City of Portland (February 20, 2013) started out as a challenge to project design and the parking requirements (or lack of such requirements) for a multi-family project at SE 37th and Division which was zoned for the multi-family use. Some neighbors formed Richmond Neighbors for Responsible Growth (RNRG) to object to the project. RNRG wanted input into the design of the site and structure to assure the “livability” and “character” of the area. Some neighbors also wanted fewer apartments. The City treated the application as one in which it had no discretion but to grant the application for 81 units. This development was one of several multi-family developments now proposed in Southeast Portland.

The City moved to dismiss RNRG’s case, contending that, under state law, LUBA could not review building permit applications based on clear and objective standards. LUBA, however, determined that not all the standards were clear and objective, and there was discretion that could be used to determine the height of this apartment building on a site with two different zoning designations. That discretion in determining the height led LUBA last November to conclude that it had jurisdiction to hear the case.

Now that their case could be heard, RNRG was faced with how to make that case. The final order doesn’t mention any challenges to the City’s lack of required onsite parking, as that standard involved no discretion. The one thing RNRG could challenge was the City’s interpretation of an obscure requirement that the “main entrance” for each tenant space be within five feet of the façade facing Division Street and, in fact, face that street. LUBA rejected the City’s interpretation of this requirement that it only applied to non-residential uses as contrary to the text of the regulation. Because the application would have to be revised substantially to meet the City’s code, LUBA reversed (rather than remanded) the City’s decision.