Posts from July 2012.
The Doctrine of Unconstitutional Conditions Redux
By Foster Garvey on 7.27.12 Posted in Land Use in Oregon, Land Use Planning, Takings

At a time where infill development appears to be the only area seeing growth in an otherwise flat building environment, the Oregon Court of Appeals issued an important reminder last month to local governments when approving these minor land divisions and development. The doctrine of unconstitutional conditions is triggered when local governments require a person to give up the right to receive just compensation in exchange for a discretionary benefit, conferred in the form of a permit, where the benefit has little or no relationship to the property that must be conveyed. This analysis, more popularly referenced as Nollan/Dolan, two US Supreme Court decisions establishing the relevant tests, requires that there is a nexus between the exaction and the public policies sought to be advanced and, assuming a nexus, that the burden imposed be roughly proportional to the impacts caused by the development. Although this connection is with large-lot subdivisions or commercial projects is often obvious in that they place a discernible demand on public infrastructure, that nexus gets far more tenuous with small developments, as was the case in Brown v. City of Medford.

In Oregon, most real estate transactions are closed in escrow with a title company acting as escrow agent. In a typical transaction, a purchase and sale agreement is executed by seller and buyer, then submitted to the title company to establish an escrow, and then (assuming all conditions to closing are satisfied or waived), closing documents are prepared and the parties close the transaction in escrow in accordance with instructions provided by the seller and buyer.

Oregon courts have generally viewed the escrow agent in these transactions as a neutral third party, with no obligation to either seller or buyer other than to carry out the instructions provided. However, as a recent Oregon case confirms, an escrow agent can assume an obligation to the parties when it steps outside its “neutral” status and acts beyond the scope of its normal duties as an escrow.

The case of Weber Coastal Bells v. Metro, is only the beginning of the long battle for approval of the Columbia River Crossing bridge and light rail extension between Portland and Vancouver. This case involved an appeal to LUBA, followed by Supreme Court review of both UBA’s remand of Metro’s Final Order, and Metro’s subsequent 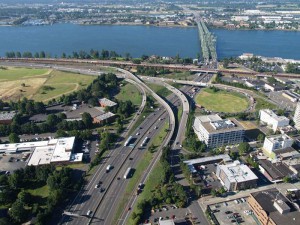 modification of that order on remand. Below is a summary of the first attempt to derail the project. In light of the Supreme Court’s June 28th decision, more controversy is likely ahead, particularly as to the approval of the bridge north of Hayden Island to the state boundary.

Of the 12 assignments of error presented by opponents to the Columbia River Crossing in this case, LUBA affirmed 11 of them. In its most significant ruling, LUBA found that approving a large proportion of highway improvements along with light rail did not violate a 1996 state statute adopted to authorize a light rail project. LUBA reasoned that the scope of the project under the statute includes “any highway improvements”

that are described in the Draftor Final Environmental Impact Statement and these improvements need not be related, required by or connected to the siting of the rail line. LUBA agreed with Metro and other respondents that the highway improvements were “associated” with the light rail component in that it could not have been approved if it did not include a highway component as well.

The Oregon Supreme Court affirmed LUBA’s decision but went even further than LUBA in disclaiming any requirement for a connection with light rail. Rather, the court explained that the political necessity of requiring the inclusion of highway improvements along with light rail is a sufficient reason to satisfy the 1996 act requiring whatever is necessary to complete the South North MAX Light Rail Project.

Naylor v. Prince George’s County, 27 A3d 597 (Md. App., 2011), involved the “Smart Growth Initiative” made part of defendant’s master plan adopted as part of the general plan by the Maryland-National Capital Park and Planning Commission (“Commission”) which set a limitation of less than 1% for the “Rur 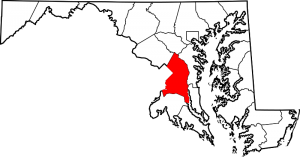 al Tier” of Prince George’s County. Plaintiffs challenged a 19-lot subdivision on 95.5 acres approved by the County and adjacent to another subdivision by the same developer. The trial court affirmed defendant’s approval and plaintiffs appealed. There were three issues on appeal: standing (which the court declined to address, given its decision on the merits), conformity to the County and Commission plans, and substantial evidence to justify the findings.

The appellate court stated that it stood in the same position as the trial court and conducted a narrow and highly deferential inquiry, i.e., whether there was an erroneous conclusion or law or whether there was substantial evidence in the record for the decision. In previous related cases, Maryland courts determined that a subdivision in this area of the County must comply with both the County Master Plan as well as the Commission’s General Plan. In one previous case, the Maryland Court of Appeals (the state’s highest court) determined that the 1% growth limit for rural areas applied in cases like this, but also said the local planning board had leeway in its decision making, especially given the horizon year of 2025 was far distant and the Board would not be required to deny all applications to achieve the desired equilibrium. Instead, the Board must either analyze any impasse of granting the application on long term growth objectives or explain why such analysis was not necessary. In any case, the Board cannot ignore the issue if raised.