By Adrian Winder on 1.31.20 Posted in Open Public Meetings 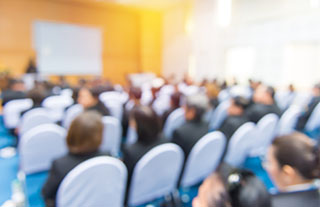 Please join us for this MRSC webinar on February 12, 2020, and learn tips for avoiding common pitfalls under Washington’s Open Public Meetings Act (OPMA) while fulfilling your OPMA Training Act requirement.

In our discussion, Flannary Collins, MRSC Managing Attorney, and I will highlight scenarios that public servants and elected officials commonly confront in their day-to-day work, and the best ways to navigate them to ensure OPMA compliance.

By Adrian Winder and Bianca Chamusco on 9.5.19 Posted in In the courts

In the latest installment of a series of cases involving the nonprofit organization Freedom Foundation, the Department of Social and Health Services (“DSHS”) secured itself a win in the Washington Court of Appeals, Division II. Among other findings, the court upheld the trial court’s conclusion that DSHS did not violate the Public Records Act (“PRA”) when it first produced the requested records to the SEIU Training Partnership—a third party DSHS determined was likely to be “affected by the request.” Freedom Found. v. Wash. Dep’t of Soc. and Health Servs.

By Adrian Winder and Bianca Chamusco on 4.17.19 Posted in In the courts

In an unpublished decision, the Washington Court of Appeals held that an attorney need not appear as counsel of record in a Public Records Act (“PRA”) action for legal services to be compensable, as long as the services were reasonably incurred in litigating a matter on which the PRA plaintiff prevailed. The court also found that the trial court did not abuse its discretion in awarding the plaintiffs only a fraction of the requested penalties for withholding of records. Strand v. Spokane County.

By Adrian Winder and Andrea Bradford on 9.26.18 Posted in In the courts

In the most recent two of a string of cases involving branches of the Service Employees International Union and nonprofit organization Freedom Foundation, each party emerged with one victory and one loss. First, in Freedom Foundation v. SEIU Healthcare Northwest Training Partnership, Division I of the Court of Appeals concluded that the Training Partnership was not the functional equivalent of a public entity under Washington’s Public Records Act (PRA), Chapter 42.56 RCW. The Training Partnership is a nonprofit organization formed by SEIU 775, which is the exclusive bargaining representative of individual providers of in-home care service providers, as well as three private in-home service provider employers. The partnership provides training that in-home service providers are required to obtain under state law.

By Adrian Winder on 8.31.18 Posted in Public Records

Over the course of representing her client, attorney Erica Krikorian sent two Public Records Act (“PRA”) requests to Monroe School District, the defendant in her client’s lawsuit alleging civil rights violations. Krikorian then negotiated a settlement with the district on the civil rights claim in which her client released any potential PRA claims. Krikorian, asserting that the PRA claims were hers, subsequently filed suit against the district for violations of the PRA. In Creer Legal v. Monroe School District, No. 76814-0-I (August 13, 2018), Division I of the Washington Court of Appeals affirmed dismissal of Krikorian’s lawsuit. The court held that Krikorian, as her client’s agent, did not own the PRA cause of action and could not assert the claim once it was released by her client in settlement.

In a 5-4 decision, the Washington Supreme Court reversed the order granting injunctive relief. First, the Court determined that, while the evidence was mixed and the question was not beyond debate, substantial evidence supported the superior court’s findings that the zip code reports were trade secrets within the meaning of the UTSA.

By Andrea Bradford and Adrian Winder on 5.21.18 Posted in Public Records

The Washington Court of Appeals, Division One, has held that death-scene images of Kurt Cobain are exempt from public disclosure under the Washington Public Records Act, ch. 42.56 RCW (“PRA”). Lee v. City of Seattle.

Richard Lee, a “local conspiracy theorist who believes that Mr. Cobain was murdered,” made a public records request to the City of Seattle for the investigative file regarding Cobain’s death. The City provided records but withheld death-scene photographs. Lee filed a lawsuit alleging that withholding these photographs violated the PRA. Cobain’s daughter and widow intervened in the lawsuit. The trial court concluded the records were properly withheld and granted the Cobains’ motion for a permanent injunction to prevent release of the photographs.

By Adrian Winder on 4.3.18 Posted in Public Records

Under Washington state law, “the records of a person confined in jail shall be held in confidence” and made available only to criminal justice agencies as provided by law. RCW 70.48.100(2). In Zabala v. Okanogan County, the requester submitted five Public Records Act requests to the Okanogan County Sheriff’s Office and the Okanogan County Prosecuting Attorney’s Office. In combination, the requests sought any and all records, created in the last three years, related to monitored or recorded phone calls of inmates in the Chelan, Douglas, or Okanogan County jails, including voicemail, e-mail, audio, notes, reports, transcripts, arguments, pleadings, motions, briefs, memos, and letters. The agencies denied the requests as not being for identifiable records and because any responsive records were exempt from public disclosure.