While Some Parents May Not Agree to Pay the Cost of Their Child’s Law Degree, Maybe the Government Will? 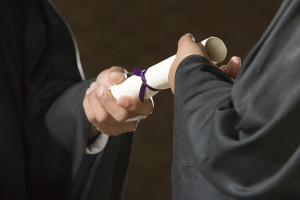 Mr. Santos attended a law school in California, graduating in 2011. He was admitted to the California Bar Association and the United States Tax Court in 2014. In 2015, Mr. Santos and his father started Santos & Santos Law Offices LLP, a law firm offering attorney, tax planning, accounting and financial planning services.

On his 2010 federal income tax return, Mr. Santos deducted, in addition to various expenses, including laundry costs, $20,275 for law school tuition and fees. On audit, many of these deductions were denied.

After likely losing at the IRS Office of Appeals, Mr. Santos headed to the United States Tax Court. The sole issue in dispute was whether the deduction of $20,275 for law school tuition and fees was allowable under Code § 162 as an ordinary and necessary business expense.

When Educational Expenses Are Considered Deductible (and When They Are Nondeductible)

Treas. Reg. § 1.162-5(a) is clear—educational expenses that either: (i) maintain or improve skills required by the taxpayer in his or her current employment; or (ii) are required by the taxpayer’s employer (or applicable law) as a condition to continued employment or rate of compensation, are deductible. On the other hand, certain types of educational expenses are expressly nondeductible, including expenses for education that qualify the taxpayer for a new trade or business. Treas. Reg. § 1.162-5(b)(1) provides examples of these nondeductible educational expenses. One of the examples set forth in the regulations specifically references a taxpayer practicing accounting who pursues a law degree. The costs of attending law school are nondeductible because the course of study qualifies the taxpayer for a new trade or business. The law degree is not required to continue practicing accounting.

Judge Morrison cited numerous cases where the courts have held, consistent with the Treasury Regulations, a law degree qualifies a taxpayer for a new trade or business, and thus the cost of the degree is a nondeductible educational expense. This is true, even if the degree improves the taxpayer’s accounting and tax skills, and the taxpayer remains practicing accounting (i.e., never practices law). See e.g., Taubman v. Commissioner, 60 T.C. 814 (1973).

Giving It the Old College Try

Mr. Santos argued that the court in Weiszmann employed the wrong standard to examine the validity of the regulation at issue. Unfortunately for him, the tax court quickly dismissed the argument without much discussion. Then, Mr. Santos asserted that Treasury failed to adequately respond to public comments before finalizing the regulations at issue, thus making the regulations invalid. Unfortunately, Mr. Santos did not raise that issue until after the trial had concluded. Consequently, the trial court record contained no evidence upon which the tax court could even evaluate his assertion. While his argument was creative and certainly intriguing, it never gained any traction. If he had offered evidence on the issue at trial, the tax court’s opinion would have been a much more interesting read. Who knows if any evidence exists to support his assertion of invalidity – Mr. Santos lost!

The outcome of these cases is generally dependent upon the facts and circumstances. For example, if Mr. Santos had been a practicing tax lawyer (i.e., had already obtained his J.D. degree, had already passed the bar examination and was practicing as a tax lawyer), the costs of obtaining his LL.M. (taxation) may have been deductible.

Many nuances exist in this area of tax law. Consequently, careful analysis is required.