The IRS Announces that its Offshore Voluntary Disclosure Program Will Remain Available to Taxpayers Indefinitely—Is This Good News? 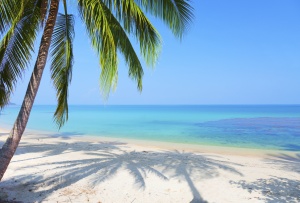 One may wonder whether the government’s offshore compliance enforcement activity will slow down as a result of the recent slashing of the Service’s budget. Reading the statements made by the IRS in the January 28, 2015 news release, the answer appears to be no. In fact, the announcement proclaims:

The IRS remains committed to our priority efforts to stop offshore tax evasion wherever it occurs. Even though the IRS has faced several years of budget reductions, the IRS continues to pursue cases in all parts of the world, regardless of whether the person hiding money overseas chooses a bank with no offices on U.S. soil.

IRS Commissioner John Koskinen recently stated that: “Taxpayers are best served by coming in voluntarily and getting their taxes and filing requirements in order.” Consequently, the Service announced that the OVDP “will be open for an indefinite period until otherwise announced (emphasis added).” While the OVDP may be a good means for taxpayers to get their houses in order, tax practitioners need to fully inform their clients about the program and its impact on their situation before placing them into the program, including:

Continuation of the OVDP is generally good news for taxpayers. As stated, however, it is not the most taxpayer friendly voluntary tax compliance program. Consequently, tax practitioners need to: have a good understanding of the OVDP and the applicable law; they need to fully advise clients of their compliance obligations, including the costs and risks of noncompliance; and they need to fully inform clients about the OVDP, including the timing, risks, and liability, before making a submission to the program.