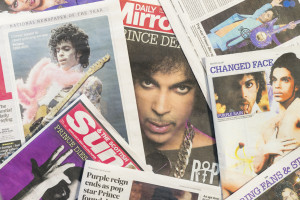 Prince Rogers Nelson, known to his fans as “Prince,” passed away on April 21, 2016 in Carver County, Minnesota at his estate, Paisley Park. He was 57 years old. The media reports that he left no spouse or children, but he is survived by a sister and five half siblings. In addition, the initial accounts are that he died without a Last Will and Testament. What is likely to follow is best summed up by the title to Prince’s 1981 hit song “Controversy.”

Controversy involving the pop star’s estate could arise on many fronts. Potential instigators of controversy include the taxing authorities and persons claiming to be legal heirs of Prince.

A probate has been filed in Carver County, Minnesota. I suspect there will be controversy arising about who are the deceased pop singer’s lawful heirs and who is entitled to inherit his suspected massive estate under the Minnesota laws of intestate succession. Perhaps a Last Will and Testament will be presented to the probate court? Time will tell. In any event, it should be interesting.

A Controversy Coming to Pass?

So, for purposes of illustration, if Prince’s estate was valued at $505,450,000, it could end up being exposed to more than $250 million in state and federal estate taxes. That amount is enough to set the stage for controversy. The issue is likely twofold: (i) what assets are included in the estate; and (ii) what is the value of those assets (on the date of Prince’s death or the alternative valuation date). I suspect the latter will be the most significant issue facing the estate.

Prince reportedly left over one thousand unreleased song recordings in what has been referred to as “the Vault.” What is the value of a musical artist’s unrecorded songs? This is an especially difficult question to answer, given the songs had not debuted prior to the artist’s death. Nobody knows how well the songs will be received by the public.

What is the value of a deceased musical artist’s likeness? It is hard to debate (or at least I think it is hard to debate) that Prince’s likeness is an asset of the deceased artist’s estate. Placing a value on it, however, will likely be the subject of a heated fight among the estate and the government.

Keep in mind, many artists, including Elvis Presley and Michael Jackson, arguably earn more money from their lifetime work after their deaths than they earned during their lifetimes. For example, it was recently reported that Elvis Presley’s heirs earned more than $55 million in 2012 alone from licensing and royalties relating to the late singer’s songs, theatrical works, likeness and sales of personal assets. This is clearly more than “The King” ever earned in any year during his life. So, the valuation of Prince’s future income stream should be a challenging debate. The focus should be the value of assets on the decedent’s death (or the alternate valuation date) rather than some other post-death date. 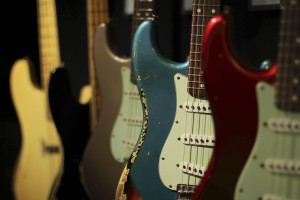 While Prince’s tangible personal property may appear to be less of a challenge from a valuation perspective than the intangible personal property, it certainly will not be left out of any valuation fight. When a star passes away, the value of his or her personal property can skyrocket. For example, just one of Prince’s many guitars sold at auction a few days ago. Indianapolis Colts owner Jim Irsay purchased the late artist’s guitar known as the “Yellow Cloud” for $137,500. It was reported that the auction house originally pegged the guitar’s value at $30,000, but the bidding frenzy concluded with a sales price of almost five times that amount. The guitar was custom made for Prince by Knut-Koupee in 1989. It is described as being in good condition, despite the fact that Prince broke its neck while performing in 1994 (it was professionally repaired). Arguably, the guitar’s value significantly increased on or after the artist’s death (as exemplified by the auction house’s original valuation). This assuredly makes valuation for estate tax purposes challenging as the focus should be on the value of the guitar at the date of death (or the alternate valuation date).

Prince understood and recognized that paying taxes is required. In fact, the following lyrics from his hit song “Paisley Park” support that hypothesis:

“See the man cry as the city

Condemns where he lives

He’ll still have to give”

It will be fascinating to learn what is reported on the state and federal estate tax returns as the value of Prince’s estate. The value will presumably be huge, and the number of assets will likely be many. It should be an interesting battle of the valuation experts.