By Larry Brant on 1.6.14 Posted in Tax Procedure
PDF

On December 10, 2013, the US District Court for the District of New Jersey ended a long and drawn out saga between the IRS, and John and Francis Purciello.  The court’s decision (assuming the government does not appeal) should provide the Purciellos with much needed finality and a sense of vindication to end 2013.

The Purciellos filed their joint 2000 tax return, showing a refund due of about $42,000.  Although they contacted the IRS on several occasions, in writing and by telephone, inquiring about the refund, the Service failed to provide any response.  In late 2002, out of the blue, the IRS notifies the Purciellos that the refund was being applied to civil penalties assessed against Mr. Purciello for tax year 1998.  What civil penalties cried the Purciellos?

Apparently, on April 3, 2002, the Service assessed Mr. Purciello with trust fund penalties for two quarters of 1998 relating to a company he had worked for in a strictly sales capacity.  The penalties, in the aggregate, amounted to more than $168,000.

Over the next two years, the Purciellos went back and forth with the IRS attempting to resolve the matter.  While they eventually received a small refund, the bulk of their claim appeared to be unsuccessful.  Consequently, the Purciellos were forced to file a claim for refund in the US District Court for the District of New Jersey.

On June 5, 2012, both parties filed motions for summary judgment.  The Service asserted the Purciellos suit must fail because they failed to first seek an administrative refund claim before filing the lawsuit as required by Code Section 7422(a).  The Purciellos, on the other hand, argued that they had, through numerous oral and written communications, informally satisfied the requirement that a taxpayer first seek administrative relief before filing suit.  The court ultimately agreed with the Purciellos.

In this case, the IRS conceded the last two requirements, but it argued the taxpayers did not meet the first two requirements.  The IRS first asserted the Purciellos were not the prevailing party.  At first blush, you have to say to yourself, “what is the IRS thinking?”  The taxpayers prevailed.  They won the battle.  It is just that simple.  Unfortunately, the law is not that simple.

1.  In order to meet the first requirement, the taxpayer must have substantially prevailed relative to the amount or most significant issues in controversy.  Even if the taxpayer can prove he or she substantially prevailed, however, if the government can establish it was substantially justified in its position, the claim for attorney fees and costs fails.  In fact, the taxpayers have the burden to prove the government’s position was not justified to a degree that would satisfy a reasonable person or that the position had no reasonable basis in law or fact.

In the instant case, the Service argued the taxpayers originally sought a greater refund, but that they later (upon getting more information from the IRS) lowered their prayer.   The court noted the reduction in the prayer was voluntary on the part of the taxpayers.  The court was not persuaded by this argument. 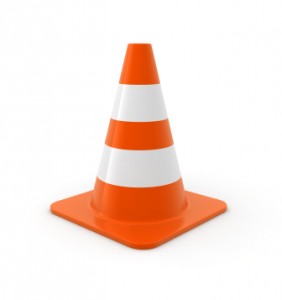 Next, the government argued that its position in the case that the taxpayers had not exhausted their administrative remedies before filing suit was reasonable.  It specifically asserted it did not know Mr. Purciello’s written correspondence was an actual claim for refund.  What a strange argument:  the taxpayers were screaming for their refund throughout the entire saga!  The court determined the numerous written and oral communications, as a whole, made it clear to the Service that the Purciellos were seeking a refund.  It found the government’s argument unpersuasive.

Last, on the first requirement, the government asserted it was justified in denying the claim for refund on the grounds of equitable estoppel.  The court struck this argument down without much discussion.  It held the IRS “clearly accepted [the taxpayers] position that they filed an informal claim” for refund when it issued a partial refund to the taxpayers.

The court ultimately ruled the Purciellos were the prevailing party.  So, it was forced to look at whether the amount of fees and costs sought were reasonable.

2.  Whether the amount sought as attorney fees and costs is reasonable is a question of fact.  The taxpayers originally sought a total of about $45,000 in fees (there is a statutory cap for legal fees; during the years at issue the cap was about $180 to $190 per hour).  The parties scoured the billing statements of the attorneys representing the Purciellos.  While the court found some entries related to another matter for the taxpayers, it ultimately found the other time entrees were reasonable under the circumstances.  In fact, it ended up increasing the reward from the amount originally sought by the Purciellos by about $6,000 for the time the taxpayers’ counsel spent fighting over the fees and cost award.

One take away from this case is the requirement that a taxpayer exhaust administrative remedies before filing a suit for refund in district court.  If that requirement is not met, the lawsuit may be summarily dismissed.  Caution is required.