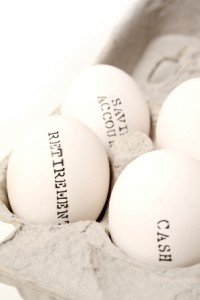 Ruling against the taxpayer, the US Tax Court, citing Revenue Ruling 92-73, concluded:

“Unlike grantor trusts, traditional and Roth IRAs exist separate from their owners for Federal income tax purposes….Because the tax-free accrual of income and gains is one of the cornerstones of traditional and Roth IRAs, it would make no sense to treat IRAs as grantor trusts thereby ignoring one of their quintessential tax benefits. As it stands, an IRA—and not its grantor or beneficiary—owns the IRA’s income and gains….”

Judge Holmes wrote a dissenting opinion. He pointed out that an IRA is owned by a custodian for the benefit of an individual. Judge Holmes asserted the individual, not the IRA, should be considered the shareholder for purposes of the analysis.

With its loss in the Tax Court, the taxpayer could have licked its wounds, packed up and returned home. Rather, Taproot appealed to the Ninth Circuit Court of Appeals. Jumping on Judge Holmes’s dissenting opinion, the taxpayer argued the owner of an IRA, rather than the IRA itself, should be considered the shareholder of the S corporation. An IRA is a custodial account, and with respect to custodial accounts, the person for whom the account is held is the owner of the shares held in the account. Put in the simplest terms, Taproot argued an IRA should be ignored; it is simply a custodial account. The only hope for this taxpayer was convincing the court that the proper analysis was to ignore the IRA and look at the beneficiary as the shareholder.

There is one moral to this story: Even today, IRAs and Roth IRAs, absent meeting the narrow American Jobs Creation Act rural bank exception, are not eligible S corporation shareholders.