As reported in previous blog posts (January 17, 2014, January 21, 2014, and January 20, 2015), federal budget setbacks continue to severely impact the Internal Revenue Service (“IRS”) and its ability to carry out its lofty mission: 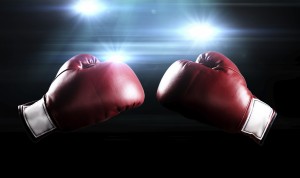 “[T]o provide America’s taxpayers top quality service by helping them understand and meet their tax responsibilities and by applying the tax law with integrity and fairness to all.”

As reported in my January 20, 2015 blog post, IRS Commissioner Koskinen pronounced that, as a result of the budget cuts facing the IRS, in addition to several other expense cutting measures, (i) the IRS would not update and/or replace IT systems as previously scheduled; and (ii) the IRS would implement staff reductions and furloughs, resulting in 280,000 fewer collection matters being pursued and 46,000 fewer audits being conducted this fiscal year.

In his letter, Senator Wyden points out some interesting facts that call into question Commissioner Koskinen’s expense cutting decisions.  Foremost, Senator Wyden raises the fact that about $5.10 of taxes owed are collected for every dollar spent on enforcement efforts.  Consequently, it is troubling that the Service is curtailing collection efforts, the very function that creates revenue.  Isn’t there a better place to reduce expenses within the agency?

Senator Wyden predicts that as a result of Commissioner Koskinen’s expense cuts, in addition to reduced tax collections, the number of tax cheats will rise.  This is especially true if the IRS does not use its available resources to improve IT systems.

It is difficult to disagree with Senator Wyden’s predictions or his criticism of the cost cutting measures being implemented within the IRS.  In fact, Senator Wyden concludes the combination of reduced enforcement activity and funding cuts for IT systems is a “dangerous cycle” that will likely lead to increased tax fraud in this country.  He states:

“Shouldn’t the American public view diminished enforcement and reduced IT spending for what they really are:  tax cuts for tax cheats and kickbacks to crime syndicates?”

The facts are the facts.  The budget cuts facing the IRS are significant.  Commissioner Koskinen is presented with a very difficult dilemma.  One thing is clear – cutting the funding for collection, enforcement, and IT systems will not serve our tax system well.  That said, where should the cuts be made?

Budget cuts that negatively impact taxpayer service will also likely result in a reduction in tax collections.  With the Code as complex as it is, taxpayer service is paramount to maintaining tax revenues.  The Service plays an important role in providing guidance to taxpayers about their tax obligations.  Numerous empirical studies reveal good taxpayer service improves taxpayer voluntary compliance, leading to increased collections.  Consequently, there may be no good place for Commissioner Koskinen to cut the agency’s expenses going forward without negatively impacting collections and compliance.

Maybe the best answer for our country is to have lawmakers rethink which government agencies should take the brunt of expense reductions.  Logic would tell us that the IRS, the very agency that collects revenues, should probably be last on the list.

Senator Wyden asked Commissioner Koskinen to respond to his letter by October 2, 2015.  I suspect the response will be an interesting read.  Stay tuned!