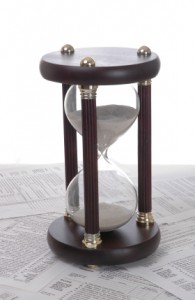 Given this belief, upon receipt of the extension acknowledgment from the Service, Burns did not examine it carefully.  He thought he received the requested one (1) year extension for both filing and payment of taxes.  The extension, however, actually provided a new filing date of February 28, 2007, and a new payment date of August 30, 2007.

In response to the notice, Burns actually pulled the Code and Regulations off his bookshelf.  Once he dusted off the cobwebs, and reviewed the Code, he realized he made an error.  Nevertheless, the taxpayer asked the Service to abate the penalty under Section 6651 for reasonable cause.  The taxpayer argued his reliance on CPA Burns constituted reasonable cause for the late filing.  The IRS denied the request.  So, Knappe paid the penalty and filed a claim for a refund with the Service.  Upon denial of the claim for refund, he sued in District Court.

Unfortunately, the District Court ruled summarily in favor of the Service.  Knappe then appealed to the Ninth Circuit.  The court concluded:  “To constitute reasonable cause, a taxpayer must prove he or she exercised ordinary business care and prudence, and was nevertheless unable to file the return” on time.

Of course, Knappe argued his reliance on the advice of Mr. Burns constituted ordinary business care and prudence.  It was clear that Mr. Burns did not know that a Form 706 filing extension is limited to six (6) months.  So the question was:  Did Knappe’s reliance on Burns’s bad advice constitute “reasonable cause”?

Accordingly, reliance upon a tax professional will not save the day in the context of a tax filing deadline.  The $200,000 late filing penalty was upheld.  OUCH!