By Larry Brant and Steven Nofziger on 6.22.18 Posted in Legislation, State and Local Tax
PDF 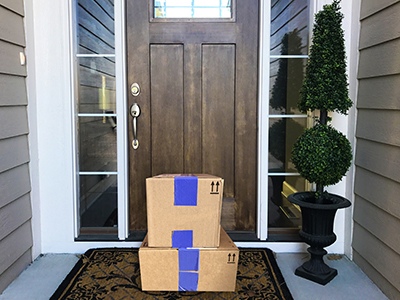 On June 21, 2018, the U.S. Supreme Court reversed half a century of legal precedent in a landmark 5-4 decision, South Dakota v. Wayfair, Inc. Under prior law, a state was forbidden from collecting sales tax against out-of-state sellers unless the sellers had physical presence within the state (such as a business location, employees, or property).

The physical presence standard arose from a decision in a 1967 U.S. Supreme Court case, National Bellas Hess v. Department of Revenue of Illinois. In that case, the Court held that a mail-order company, whose only connection with customers in Illinois was by common carrier or U.S. mail, did not have sufficient connection with the state to warrant allowing it to tax the company. In 1992, the Court affirmed that holding in Quill Corp. v. North Dakota. The physical presence standard established by the Court in Bellas Hess and Quill has been a bright-line rule that presided over the rise of Internet commerce. That rule has now changed!

As of June 21, 2018, physical presence is no longer a prerequisite in order for states to require out-of-state sellers to collect sales tax from buyers located in the state. The Court viewed the physical presence requirement to be outdated given the growth of online retailing: “The Internet’s prevalence and power have changed the dynamics of the national economy.”

The Wayfair case involved a 2016 South Dakota law requiring sellers who lack physical presence in the state to collect and remit sales tax if they meet one of two thresholds: (1) they deliver more than $100,000 of goods or services into South Dakota during the tax year; or (2) they engage in 200 or more transactions within South Dakota during the tax year. This law is similar to other “economic nexus” laws that many states have enacted in recent years as a means of taxing out-of-state sellers in a manner that directly defies the physical presence standard established in Bellas Hess and Quill.

South Dakota’s law affected companies like Wayfair, an online retailer with no employees, property or operations in South Dakota, but which sold substantially more than $100,000 of goods in the state. Wayfair did not collect South Dakota sales tax, so the state filed suit under its economic nexus statute and obtained a judgment against it. Wayfair argued that the South Dakota law violated Bellas Hess and Quill. After several appeals, the case ultimately reached the U.S. Supreme Court.

Justice Kennedy wrote the majority opinion. He notes that the expansion of online retailing has contributed to losses in tax revenues for states that impose a sales tax. The loss results from out-of-state sellers not collecting and remitting the tax. Rather, these states must rely on their residents to voluntarily pay the corresponding “use” tax. Unfortunately, consumer compliance rates have proven to be “notoriously low,” resulting in lost tax revenue.

Another concern noted by the Court was that the physical presence standard gives out-of-state businesses an advantage, creating a sales tax loophole for online sellers. For example, imagine two businesses that sell furniture online. One stocks inventory in a warehouse in South Dakota; the other uses a warehouse across the border in Nebraska and maintains a website with an online showroom accessible in every state, including South Dakota. Because of its physical presence, the first business must collect and remit tax on all of its sales to South Dakota customers, even those sales that are not fulfilled from its local warehouse. The second business does not withhold and remit sales tax to South Dakota for sales made through its Internet presence. The Court concluded this result was “unfair and unjust.”

The Court further explained that local and interstate businesses with physical presence face a competitive disadvantage over remote sellers, since remote sellers who do not collect and remit sales taxes effectively offer lower prices to their buyers.

For all of these reasons, the Court struck down the physical presence requirement set forth in Bellas Hess and Quill. Consequently, it appears that “physical presence” is a thing of the past. It is no longer a prerequisite to state taxation.

States will likely view Wayfair as a windfall to their strained budgets. Some states have already enacted statutes imposing sales tax collection and remittance requirements on out-of-state businesses; other states will now follow suit.

The Wall Street Journal estimated that the physical presence rule collectively cost states over $33.9 billion annually in uncollected tax revenue. Oregon generally has no sales tax. Consequently, its tax coffers are not really impacted by this ruling. Oregon businesses selling into states in which they have no physical presence, however, now need to be prepared to collect the sales tax imposed by the states where their shipments are made.

The dissent in Wayfair, written by Justice Roberts and joined by Justices Breyer, Sotomayor, and Kagan, noted that this decision will come at a high cost to out-of-state sellers: Over 10,000 jurisdictions (i.e., states, cities and counties) levy sales taxes—each with different rates, different definitions of what is taxable, different exemptions, and different requirements on out-of-state sellers. Compliance with each jurisdiction’s laws will likely prove baffling. For example, New Jersey taxes yarn purchased for art projects, but not yarn purchased for sweaters; Texas taxes sales of plain deodorant, but not deodorant with antiperspirant; and Illinois taxes Twix bars differently 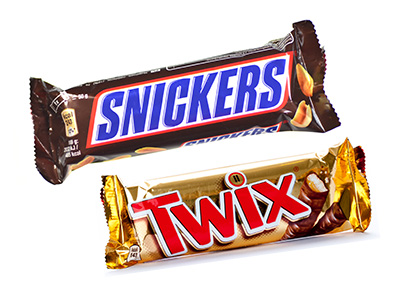 from Snickers bars since it considers Twix bars “food” and Snickers bars “candy.” The dissent also noted that the compliance costs will disproportionately fall on small businesses, since they may lack the infrastructure, funds, and tax advisers to aid in meeting the unique requirements of every jurisdiction where they transact business.

Taxpayers who sell goods and services into states where they have no physical presence should take careful note of this decision. They should prepare for increased compliance costs as state and local sales tax laws continue to evolve.