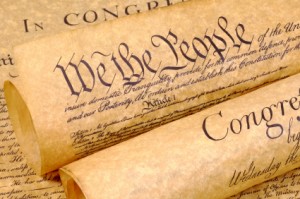 To qualify for this reduced rate structure, which is subject to adjustment, taxpayers must make an irrevocable election on their original return (presumably on the 2015 return, but administrative rules yet to be issued by the Department of Revenue should clarify the election process and timing requirements).  In addition, the reduced rate structure only applies to “non-passive” income attributable to a partnership or S corporation in which the taxpayer materially participates in day-to-day operations of a trade or business.   Last, to qualify the entity must employ at least one non-owner and an aggregate of at least 1200 hours of work must be performed in Oregon during the taxable year by the non-owner employee(s).  For the purpose of computing the number of hours worked in Oregon during the taxable year, only hours during weeks in which the non-owner worker(s) performed 30 hours or more of services may be counted.

This last provision of HB 3601 is the most interesting.  It appears that disregarded entities (i.e., single-member limited liability companies) are not eligible for the reduced tax rates.  Why?  It is not clear why the legislature omitted these entities.

For many disregarded entities with sufficient Oregon income, it may be worth converting the entities to S corporation status or adding an additional owner in order to qualify for the reduced rate structure.  I assume the sole member of many otherwise qualifying limited liability companies may be willing to convert to S corporation status or add an owner with a small ownership interest (e.g., spouse or current employee) in late 2014 to become eligible for the reduced rate structure.

For example, if the pass-through taxable income of a disregarded entity is $7,000,000, the Oregon tax savings attributable to converting to S corporation status or adding an additional member would be around $74,000 per year.  Is that enough incentive for the sole member of a limited liability company to convert to S corporation status or add another member?  Only time will tell.

This last provision of HB 3601 creates a tax inequity among entities operating businesses in Oregon.  While many taxpayers believe the Oregon corporate minimum tax contained in ORS 317.090 is unfair as it only adversely impacts C corporations, the reduced rate structure for qualifying S corporations and partnerships is likewise unfair as it ignores another flow-through entity, the single-member limited liability company.