By Larry Brant on 5.1.14 Posted in Legislation
PDF 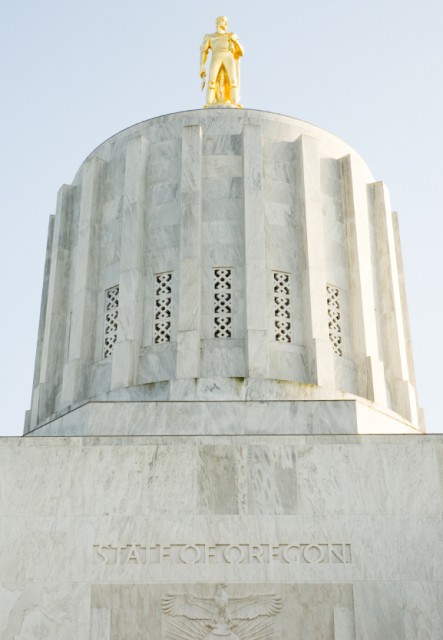 On April 9, 2014, Oregon Governor John Kitzhaber signed into law House Bill 4138 (“HB 4138”).  Effective June 8, 2014, the methodology by which an “Interstate Broadcaster” apportions its business income for purposes of the Oregon corporate excise tax changes in at least two (2) ways:

1.        Method of Apportionment.  Prior to June 8, 2014, an Interstate Broadcaster included in the numerator of the “sales factor” gross receipts from broadcasting in the ratio that its audience and subscribers located in Oregon bear to its total audience and subscribers located within and without Oregon.  On or after June 8, 2014, Interstate Broadcasters will no longer use this method of apportionment.  Rather, they will include in the numerator of the “sales factor” only those gross receipts from customers (i.e., advertisers and licensees) that have their commercial domicile in Oregon, or (in the case of individuals) who are residents of Oregon.

2.        Definition of Interstate Broadcasters.  HB 4138 amends the definition of “Interstate Broadcaster” to include anyone engaging in the for-profit business of broadcasting to persons located within and outside of Oregon.   Prior law referred to broadcasting to subscribers or to an audience.  I am not sure this change to the law is significant other than it reduces the verbiage by four (4) words.

For purposes of the statute, broadcasting is limited to transmission of any one-way signal by “radio waves, microwaves, wires, coaxial cables, wave guides or other conduits of communication.”  HB 4138, as originally proposed, expanded the definition of “broadcaster” to include anyone transmitting film or radio programming by any means.  Lawmakers chose, however, to retain the existing definition of broadcaster.

HB 4138 becomes law in Oregon on June 8, 2014.  If, however, Oregon lawmakers do not act, the law will revert back to pre-HB 4138 law on January 1, 2017.  In the interim, the Oregon legislature has directed the Legislative Revenue Officer to confer with the Oregon Department of Revenue and issue a report as to the impact of HB 4138 on revenue.

The stated intent of HB 4138 is to more accurately reflect the Oregon income of Interstate Broadcasters.  Given the directive to the Legislative Revenue Officer, one could easily suspect the intent is really to increase Oregon income and the corresponding tax revenues.  Time will tell.  The upcoming report of the Legislative Revenue Officer (due by February 1, 2017) should be an interesting read.