Like Santa Claus, the IRS Keeps a List of Who Has Been Naughty or Nice: It Is the Time of Year When the IRS’s Naughty List Gets Longer 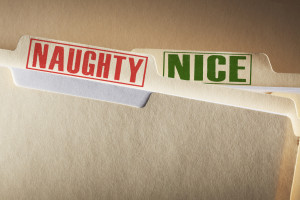 Every year, around the April 15 individual tax return filing deadline, a story appears in the press highlighting the tax woes of famous people.  The Government undoubtedly issues these press releases to encourage taxpayers to comply with their tax filing and tax payment obligations.  The list of famous people who have been the subject of this news over the years is lengthy.  It includes:  Abbott & Costello, Spiro Agnew, Chuck Berry, Richard Pryor, Martha Stewart, Darryl Strawberry, Nicholas Cage, Heidi Fleiss, Pete Rose, Wesley Snipes and Willie Nelson.

On April 4, 2016, U.S. Attorney Andrew M. Luger from Minnesota issued a press release that adds a recently-retired United States Tax Court judge to the list.  Mr. Luger announced a federal indictment charging former tax court judge Diane Kroupa and her husband, Robert E. Fackler, each with one count of conspiracy to defraud the United States, two counts of tax evasion, two counts of making and subscribing a false tax return, and one count of obstruction of an IRS audit.

According to the indictment, the defendants, among other things, fraudulently claimed personal expenses such as rent for a personal residence, utilities, pilates class tuition, spa fees, jewelry, clothing, music lessons and vacation costs as deductible expenses.  In addition, the indictment states that the defendants understated taxable income by about $1 million and understated taxes owing by $400,000 or more.

U.S. Attorney Luger stated:  “The allegations in this indictment are deeply disturbing.  The tax laws of this country apply to everyone and those of us appointed to federal positions must hold ourselves to an even higher standard.”

Ms. Kroupa was appointed to the United States Tax Court in 2003 by President George W. Bush, and served in that position until her retirement in June 2014.  Upon retiring, the court issued a press release stating that:  “The court is deeply grateful for the excellent judicial service that Judge Kroupa has rendered in her 11 years on the court.” 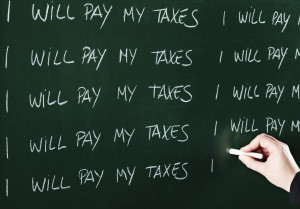 Most people, especially tax practitioners, will likely agree that it is a very sad day for our justice system when a former judge is indicted on such serious charges.  If former judge Kroupa and her husband are found guilty of the charges, however, it will be an even sadder day for our tax system.

The case is the result of an investigation conducted by the Criminal Investigation Division of the Internal Revenue Service and the United States Postal Inspection Service.

Stay tuned!  I expect we will see several more press releases as this case progresses in our judicial system.

Regardless of whether former judge Kroupa and her husband are found guilty, their indictment serves as a warning:  Compliance with our tax obligations should be taken seriously!