IRS Cleaning House at the Office of Professional Responsibility 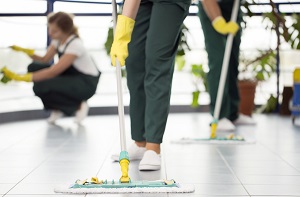 Earlier this year, rumors surfaced that the IRS plans to clean house and phase out all attorney positions from the Office of Professional Responsibility (“OPR”), an independent arm of the Service tasked with enforcing discipline relating to tax professionals practicing before the IRS. On August 7, 2019, the Taxation Section of the American Bar Association (the “Tax Section”) sent a letter to IRS Commissioner Charles P. Rettig urging him to reconsider this housekeeping plan.

The Tax Section is absolutely correct in its position. Attorney oversight within OPR is critical to ensure OPR’s independence, to ensure the proper interpretation of legal rules applicable to tax practitioners, and to ensure that legal doctrines such as due process and privilege are not undermined. 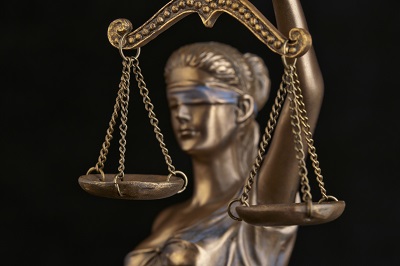 OPR has exclusive responsibility for overseeing practitioner conduct and implementing discipline, including interpreting and applying the Treasury Regulations governing practice before the IRS (known as “Circular 230”).  Practitioners covered by Circular 230 include attorneys, CPAs, enrolled agents, enrolled actuaries, and appraisers.

Circular 230 essentially sets forth the “rules of the road” for tax practice before the Service. Circular 230 cases generally revolve around a practitioner’s fitness to practice. Many of the issues are relatively simple to understand and apply. Other issues, however, can be highly nuanced and complex in application.

As stated on its website, OPR’s mission is to “interpret and apply the standards of practice for tax professionals in a fair and equitable manner.”

Following receipt of a referral, OPR is tasked with determining, based on the facts and circumstances, whether a violation of Circular 230 occurred, whether the violation is one which calls into question the tax practitioner’s fitness to practice, and the appropriate sanction, if any.  A referral generally takes the following path:

According to several sources, the acting OPR director in March informed OPR employees that the agency believes that attorneys are no longer needed to interpret and apply Circular 230. The planned phase-out of attorneys will occur by attrition—that is, non-attorneys will replace attorneys as attorneys leave the agency.

The Tax Section in its letter urges the IRS to reconsider its decision to phase out OPR attorneys. The Tax Section asserts that independent attorneys on OPR’s staff are needed to enforce ethical standards for practice, and attorneys are “uniquely trained and qualified” to perform this role. It is hard to debate that statement.

The Tax Section cited statistics demonstrating the importance of OPR’s role in conducting preliminary investigations. In 2018, OPR received 2,630 referrals, of which 2,444 were closed with no disciplinary action, 107 reprimands were made, 57 suspensions were required, two disbarments were determined, and no censures were made.

According to the Tax Section, OPR must be independent of external influence, and its enforcement should be “robust, visible, and ethically sound.” Furthermore, OPR investigations require trained attorneys to conduct a legal analysis of the complex issues surrounding disciplinary action. OPR cannot rely on attorneys in the Office of Chief Counsel to provide conflict-free advice to OPR because Chief Counsel attorneys must advocate on behalf of the IRS. Accordingly, OPR needs its own attorneys in order to make independent enforcement decisions.

The Tax Section placed particular emphasis on privilege and conflicts of interest. Privilege is rooted in the rules of civil procedure and case law, analysis of which requires attorneys to reach the proper result. If privilege is incorrectly interpreted and disclosure is made, privilege may be deemed waived for all purposes—a potentially devastating result which no practitioner desires to endure.

As noted in the Tax Section letter, Circular 230 is rooted in the ABA Model Rules of Professional Conduct. Revenue officers and agents are trained in tax, but they do not have the foundational knowledge required to apply non-tax legal rules governing attorney conduct. Furthermore, ethical rules that apply to lawyers should not be interpreted by non-lawyers without attorney oversight. One could argue that such would constitute the “unauthorized practice of law” – the practice of law by a person who has not been licensed or admitted to practice law.

According to the Tax Section, an administrative hearing with an ALJ is an inadequate substitute for having an experienced attorney make the “highly nuanced judgment calls” that are required to evaluate the legal ramifications of ethical conduct of attorneys and other tax professionals. Furthermore, without attorneys at OPR, the number of hearings before ALJs will likely increase, which will significantly impact practitioners and the entire administrative process. Practitioners should not be forced to wait until a formal proceeding is commenced to raise nuanced defenses. Further, practitioners should not have to endure a formal proceeding in order to finally have his or her defenses analyzed by an adequately trained person.

We agree with the Tax Section on all counts. OPR must have independent attorneys to materially participate in and oversee the complex legal analysis required in making determinations regarding ethical conduct. Avoiding inadvertent waivers of privilege is critical. Coming to correct legal conclusions is paramount. OPR serves a vital gatekeeping role in separating the legitimate claims of misconduct from the numerous 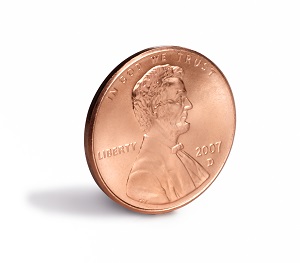 claims that do not require discipline. Removing lawyers from OPR will likely increase the number of ALJ hearings, a scenario in which there are no winners.

If the IRS needs to cut its budget, it should look at other budgetary changes. Cleaning house of its OPR attorneys is “penny wise and pound foolish.”

We will keep you posted as we hear more on this issue!