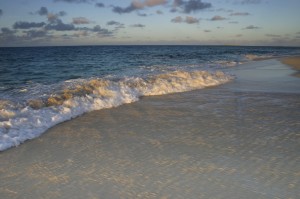 In 2013, the Internal Revenue Service (“IRS”) announced that it would not issue Private Letter Rulings on “spin-off” transactions intended to qualify as tax-free under IRS § 355. As a result of the IRS no-ruling position, taxpayers have not been able to obtain certainty relative to the tax consequences of these types of transactions. Rather, the best they can do is obtain some comfort through an opinion of their tax advisors. The cost of tax opinions, however, can be significant.

There may be good news coming down the pike. The IRS is considering changing its no-ruling position relative to certain “spin-off” transactions. We are told that these transactions will be limited to spin-offs of trades or businesses that are “small” in comparison to the assets retained by the corporate taxpayer. What is “small” will no doubt be the subject of debate.

Presumably, the government will attempt to carefully define “small” for this purpose. The fact that the Service is considering some movement on this front is a positive development. A representative of the IRS announced on May 19, 2015 at a D.C. Bar Association meeting that he anticipates the IRS will issue guidance on this very issue within the next few months. Keep an eye out for this announcement!