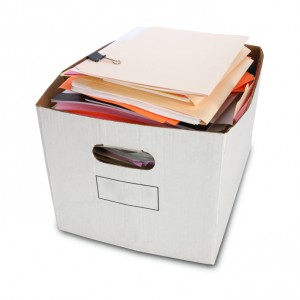 In the Ninth Circuit, the Service is required to show minimal evidence supporting its conclusion a taxpayer underreported income.  Then, the burden shifts to the taxpayer who must prove by a preponderance of the evidence that the Service’s determination is incorrect.

The taxpayer provided no documentation or other evidence supporting the income reported on his Schedule C other than his testimony which the court classified as “self-serving and uncorroborated.”  Consequently, the court found for the government and concluded Mr. Hall failed to report income of $61,014 in 2008.

Unfortunately for the taxpayer, the case did not get any better when the court turned its attention to the disallowed business deductions.  The court stated:  “Deductions are a matter of legislative grace, and the taxpayer bears the burden of proving he is entitled to the deductions claimed.”  In accordance with IRC Section 162, “there shall be allowed as a deduction all the ordinary and necessary expenses paid or incurred during the taxable year in carrying on any trade or business.”  The court then went on to reiterate the well established rule of law that taxpayers, however, are required to maintain records to support these deductions and to enable the Service to determine the correct tax liability.

In the instant case, the taxpayer did not maintain any books or records of his business activities.  He also failed to produce any receipts, invoices, bills, cancelled checks or other documents to support payment of the business expenses reported on the tax return.

In the instant case, the taxpayer failed to offer any evidence to support any of the expenses in question other than his own uncorroborated testimony.  The court reiterated that it is not required to accept such testimony.  Consequently, it concluded that the taxpayer failed to meet his burden to substantiate the business expenses in question.  The court upheld the Service’s disallowance of the business expenses.

Last, the court looked at the 20% accuracy related penalty imposed under IRC Section 6662 for the taxpayer’s negligence or disregard of rules or regulations.  Failure to maintain adequate books and records or provide substantiation of items reported on a tax return constitutes negligence.  IRC Section 6662(c); T. Reg. Section 1.6662-3(b)(1). A taxpayer may obtain reprieve from the imposition of the penalty if he establishes he acted with reasonable cause and in good faith.

In this case, the taxpayer failed to address his liability for the penalty assessment other than including a brief statement in his brief that he was not liable for an accuracy related penalty.  Despite his failure to present any additional argument to support an abatement of the penalty, the court looked to see if any evidence in the record supported that the taxpayer acted in good faith and with reasonable cause.  Finding no such evidence, the court upheld the penalty assessment.

This case leaves us with a few obvious take-aways.  First, taxpayers must maintain adequate records.  Failure to do so could lead to a finding by the Service that the taxpayer misreported income and expenses.  Second, as Mr. Hall encountered firsthand, it will likely lead to the imposition of an accuracy related penalty.  Last, for tax return preparers, it could lead in egregious situations to the imposition of a tax preparer penalty under IRC Section 6694(b)(2).  Caution is advised.