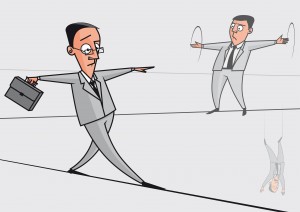 In the past five to six years, the United States Justice Department has filed over 75 criminal cases against taxpayers for failure to report foreign financial accounts. In these cases, the penalties sought by the government have usually been 50 percent of an account’s maximum balance, or less. While the government has authority to pursue multiple penalties, pursuit of penalties aggregating more than 50 percent of the maximum account balance has been rare. Mr. Zwerner’s case raises the issue of whether collection of more than an account’s highest balance constitutes a violation of the Eighth Amendment to the United States Constitution.

Pursuant to the Eighth Amendment, the amount of a penalty must bear a relationship to the gravity of the offense; it cannot be excessive. Is a penalty of the magnitude imposed on Mr. Zwerner excessive?

The facts of this case appear to be as follows:

Mr. Zwerner was required to report the foreign financial account from 2004 through 2007 by filing an FBAR on or before June 30 of each following year. He only filed an FBAR, however, in October 2008 (delinquent for 2007). Further, he did not report any income from the account before 2008.

The government asserted Mr. Zwerner’s failure to report for 2004, 2005, 2006 and 2007 was willful. It pointed out the following facts in support of this position:

Based upon the above facts, the IRS assessed penalties against Mr. Zwerner relating to each tax year for “willful” failure to comply with the FBAR rules. Pursuant to 31 USC 5321(a)(5), the penalties are equal to the greater of $100,000 or 50 percent of the account balance as of the date of violation. Consequently, for 2004, 2005, 2006 and 2007, these penalties, with interest, exceeded $3.45 million or over twice the account’s highest balance. Despite demand, Mr. Zwerner failed to pay the assessment. As a result, the lawsuit resulted.

The facts do not sound good. There are, however, some mitigating facts.

About four months after filing a late FBAR for 2007, and amending his 2007 income tax return, reporting the foreign financial account income, and paying the tax, in February 2009 Mr. Zwerner’s legal counsel approached the IRS Criminal Investigative Division. Without disclosing Mr. Zwerner’s identity, the lawyer inquired about his particular situation for tax years 2004, 2005 and 2006. The IRS issued a letter stating that no criminal action in the hypothetical case presented by the lawyer would be pursued. So, Mr. Zwerner, at counsel’s advice, filed the delinquent FBARs and amended his income tax returns, reporting the income. At that time, he also paid all income tax due and owing. It is important to note, Mr. Zwerner was not under exam when he took corrective action. In 2010, the Service began an examination of Mr. Zwerner’s income tax returns. Mr. Zwerner’s attempt at voluntary compliance pre-dated by a few months the formal FBAR voluntary disclosure programs.

Unfortunately for Mr. Zwerner, his case proceeded to trial in May 2014. The jury returned a verdict, finding Mr. Zwerner’s violations of the FBAR rules were “willful” for tax years 2004, 2005 and 2006. It found, however, any violation of the FBAR rules for 2007 was not willful. This verdict left Mr. Zwerner faced with penalties of about $2.2 million.

Mr. Zwerner’s counsel filed a motion with the court to dismiss or reduce the verdict on the ground that the penalty was excessive and violated the Eighth Amendment of the United States Constitution. The court was set to hear arguments on the motion this month. The parties, however, settled the matter. So, this important issue remains open.

This area of law continues to be complex and full of traps for unwary taxpayers and their advisors. The Service continues to tell us that it intends to apply the FBAR rules in a reasonable manner. Time will tell. Tax advisors must be careful so that they do not walk their clients, without full disclosure of the risks, into the penalty assessment gauntlet.