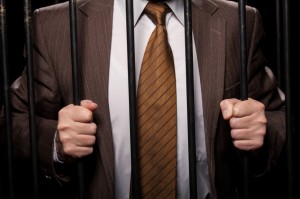 On June 19, 2014, San Francisco tax attorney, James P. Kleier, entered into a plea agreement with the government for his failure to file tax returns and pay income taxes.  Per the agreement, Mr. Kleier will be imprisoned at the Atwater Federal Corrections Institution for 12 months commencing September 18, 2014.  Following release from prison, he will be subject to a 1-year supervised parole.  In addition, Mr. Kleier is required to pay the IRS a total $650,993.

Mr. Kleier was a partner in the San Francisco law office of Preston Gates & Ellis LLP (now known as K&L Gates LLP) from 1999 to 2005.  Thereafter, he practiced law in the San Francisco office of Reed Smith LLP.  Both of these organizations are large prestigious international law firms.  According to the complaint filed by the government in the U.S. District for the Northern District of California, tax attorney Kleier failed to report income of more than $1.3 million while practicing law at these firms.  Specifically, he earned $624,923 in 2008; $476,088 in 2009; and $200,734 in 2010.  Nevertheless, he failed to file tax returns for these years and pay the taxes due and owing.

Mr. Kleier is not a novice attorney.  He is a seasoned tax practitioner and has handled several significant high-profile tax cases.  For example, Mr. Kleier represented the City of San Francisco in its battle with Macy’s over a significant property tax matter, and he represented Microsoft in a hotly-contested California unitary tax case.  Also, attorney Kleier has taught tax courses at both Golden Gate University and the Hastings College of Law.  In addition, he is the author of several articles on tax matters.

For his bad deeds, attorney Kleier made the infamous list of the top 250 delinquent California taxpayers.  According to California public records, he now joins the ranks of prominent taxpayers like singer Dionne Warwick and actor Burt Reynolds.  Also, as stated above, he now owes the government over $650,000 in taxes, interest and penalties.  In addition, he will be spending a year in the slammer.

IRS Special Agent-in-Charge José M. Martinez said, when interviewed about the case:  “The prosecution of individuals who brazenly attempt to avoid their tax filing and payment obligations and prevent the IRS from performing its mission is necessary to maintaining public confidence in our tax system.”  No doubt, the fact that the taxpayer in this case was a prominent tax attorney, played a role in the outcome.

The morale to the story is simple:  Tax practitioners should know better!  It is quite likely that a tax practitioner who finds himself or herself in this predicament will not be treated leniently.  Mr. Kleier is proof of this hypothesis.