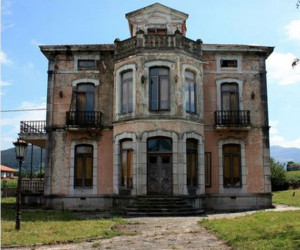 Adams v. Commissioner, TC Memo 2013-7 illustrates a common issue in the Code Section 1031 environment -- whether the taxpayer intended to hold the replacement property for use in a trade or business, or for investment purposes.

The facts of the case are fairly straightforward.  The taxpayer exchanged an investment property in San Francisco for a rental home in Eureka that required loads of work.  By mere coincidence, the taxpayer’s son lived in Eureka.  The taxpayer even told the IRS that he acquired the rental home in Eureka because it was large enough to accommodate his son’s large family.  By further coincidence, the son had vast experience renovating homes.

Post-exchange, the son and his family put in about sixty (60) hours per week, working on the renovation of the home.  The son and his family eventually moved into the father’s replacement property.  They did pay rent, but it was below the market.  The Service asserted that the below-market rent equated with the taxpayer using the property as personal use property.  The taxpayer argued that, while the rent payment alone was below market, when you add in the value of the services that the son and his family performed on the property, it equated to market rent.  Also, the taxpayer asserted, if the rental payments and services together did not equate to fair rent, the difference was a gift from him to his son.

The tax court properly focused on the taxpayer’s intent at the time of the exchange.  It concluded that the taxpayer did not intend to charge below market rent.  Rather, he reduced the rent to take into consideration all of the renovation work being performed by the tenant.  Evidence supported the conclusion that the actual rent paid and the renovation work performed by the son and his family on the property together equated to fair rental value.  If this had not been the case, the exchange would have failed.  The son’s use of the property for less than market rent would have likely rendered the taxpayer’s holding of the replacement property as personal use. 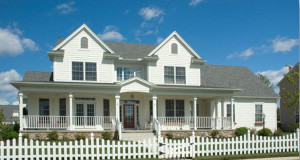 Yates v. Commissioner, TC Memo 2013-28 is another recent tax court case dealing with the “held for productive use in a trade or business, or investment” standard.  In that case, the taxpayers, husband and wife, exchanged a rental home for a property which, at least they said, they intended to use as a bed and breakfast.  Unfortunately, the facts were not consistent with that intent.

Rather than apply for permits to use the property as a bed and breakfast, as the purchase agreement expressly stated would be done by the taxpayers, the Yates simply moved into the home a few days post-closing and lived there happily ever after, or at least until they received a notice of audit from the IRS.

The IRS quickly challenged the validity of the exchange on the ground that the replacement property was acquired for personal use.  In other words, the Service asserted that the taxpayers had no intent at the time of the exchange, evidenced by the facts and circumstances, to use the replacement property for trade or business, or investment purposes.

The Yates lost!  At the time of the exchange, the taxpayer must intend to hold the replacement property post-exchange for either use in a trade or business, or for investment.  The burden of proof is on the taxpayer.  It is that simple.