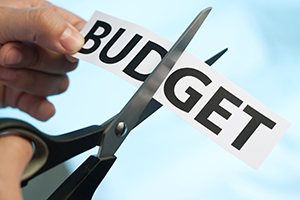 As I have reported in my previous blog posts, the IRS continues to get hit with severe budget cuts.  The result is not pretty: (i) tax collections are on the decline; (ii) the Tax Gap is growing; (iii) taxpayer non-compliance is on the rise; (iii) the availability of taxpayer education has diminished; (iv) the IRS’s customer service continues to worsen (e.g., long waits to speak with service center representatives, elimination of the opportunity for most taxpayers to have an in-person appeal conference, etc.); and (v) the IRS is outsourcing collections. 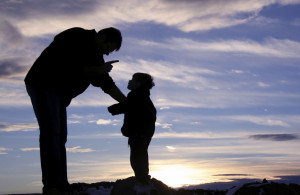 The Department of the Treasury estimates the annual federal “tax gap” (the difference between what taxpayers should have paid and what they actually paid on a timely basis) exceeds $450 billion. IR-2012-4 (January 6, 2012).  This figure correlates with a voluntary tax compliance rate of just shy of 86 percent.

On September 26, 2006, the Treasury’s Office of Tax Policy published a document titled “A Comprehensive Strategy for Reducing the Tax Gap.”  Subsequent updates on “Reducing the Tax Gap” have been published.  In these documents, Treasury emphasized its renewed commitment to dramatically reduce the tax gap.

Four key principles are set forth in these documents to guide IRS efforts to improve compliance:

To accomplish its goals, these documents set forth several strategies, including:

In 2006, IRS Commissioner Mark W. Everson stated, in support of the Service’s increased compliance activity, that “[t]he magnitude of the tax gap highlights the critical role of enforcement in keeping our system of tax administration healthy.”  IR-2006-28 (February 14, 2006).  Given the size of the tax gap and the fact that federal budget deficits are in the hundreds of billions of dollars, tax compliance should be a renewed priority of the IRS.  While we saw a few years ago the IRS begin to increase its audit staff and start auditing taxpayers in greater numbers and more aggressively than in the past years, severe budget cuts have recently derailed this momentum.  That said, given that the IRS is virtually the only federal agency that generates revenue, logic suggests lawmakers should work hard to restore the Service’s budget.

On February 4, 2016, Senator Ron Wyden (D-OR), ranking member of the U.S. Senate Finance Committee, alerted IRS Commissioner John Koskinen (by letter) that $67 billion of the tax gap each year is attributable to corporations.  He advises the Commissioner that a proper analysis of the causes of the tax gap is necessary in order for lawmakers to be able to create effective tools to eradicate it.  Senator Wyden, in a direct and strong manner, alerts the Commissioner to some interesting things, including:

Senator Wyden requested the Commissioner to provide him with certain information before the U.S. Senate Finance Committee’s February 10, 2016, hearing on the IRS budget and a more full response within 60 days.  He specifically requested:

What is interesting is that Senator Wyden’s robust letter to Commissioner Koskinen was delivered just days before the U.S. Senate Finance Committee held its hearing on the IRS budget.  The timing seems to indicate that lawmakers mean business – they want the tax gap addressed.  That said, without a sufficient budget, the IRS likely does not have the resources to tackle this major problem.

According to Commissioner Koskinen, the funding of the IRS this fiscal year ending September 30 is back to the 2008 funding level.  He recently suggested the results will be felt by taxpayers and tax advisors, including:

Commissioner Koskinen predicts these most recent IRS budget cuts will ultimately result in a loss of $2 billion or more in tax revenue that would have otherwise been collected this fiscal year.  Lawmakers need to work with the IRS to help eradicate this major problem.  Without an adequate budget, however, the IRS will make little, if any, progress.  Hopefully, lawmakers will properly fund the IRS.  Time will tell.