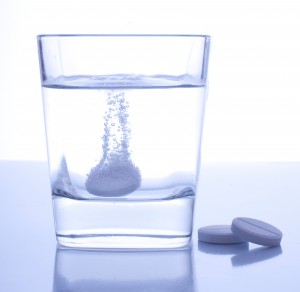 In late 2008, the IRS entered the picture.  It audited the Thomas’s 2006 and 2007 income tax returns.  Guess who appeared on IRS Form 2848 (Power of Attorney and Declaration of Representative) for the Thomas’s?  You guessed correctly – CPA Don Steeves!

The IRS quickly learned the tax returns did not comport to the Thomas’s business records.  Upon learning this, Mr. Thomas demanded CPA Steeves produce accounting records to support the entries he placed on their tax returns.  Apparently, CPA Steeves did not comply with the Service’s request.

Mr. Thomas hired a CPA named Dave Stewart to take over the audit.  Mr. Stewart, who had thirty-four (34) years of experience, quickly learned that CPA Steeves did a very poor job of maintaining the accounting records for Michael and Julie and likely misappropriated funds.  He worked with the auditor and they ultimately agreed to a tax deficiency for both years under review.

Michael and Julie eventually turned the matter over to the Boise Police Department; they alleged CPA Steeves had committed theft, fraud, and misappropriation of their funds.  Also, they sued Don Steeves in a civil suit for more than $1.2 million.

This case focused on the applicability of the Code Section 6662 accuracy-related penalty.

Under Code Section 6662(a), a taxpayer is liable for a 20% penalty on any under-payment of tax attributable to:

There is a major exception to the application of this penalty.  The penalty does not apply to any portion of an underpayment of tax if it is shown the underpayment was due to reasonable cause and the taxpayer acted in good faith.

In this case, Michael and Julie Thomas alleged they relied upon Don Steeves, an experienced tax advisor.  They turned all accounting and tax matters over to him.  Accordingly, they argued that they acted with reasonable cause and in good faith.  They had no reason to believe that Mr. Steeves was other than competent and honest.

Reliance on the advice of a tax professional may establish reasonable cause and good faith. In accordance with Treasury Regulation Section 1.6664-4(b)(1), if a taxpayer relies upon the professional judgment of a competent tax advisor who has been provided all of the necessary and relevant information, the taxpayer will generally be cleared of an accuracy-related penalty.

To prove “reasonable reliance,” the taxpayer must jump over three hurdles:

Hurdle #1:  The tax advisor must have sufficient experience or expertise to justify reliance;

Hurdle #2:  The taxpayer must have provided the advisor with the necessary and accurate information; and

Hurdle #3:  The taxpayer must have relied in good faith on the tax advisor’s guidance.

Here, Don Steeves was a CPA; he had 7 years of experience in the real estate industry.  Mr. Thomas knew CPA Steeves from his work with DBSI.  According to testimony at trial, Mr. Thomas provided Mr. Steeves with all documents and information he requested, including mortgage and interest records.

So, the court concluded Hurdle #1 and Hurdle #2 were met.  Steeves had sufficient experience and expertise.  Also, the taxpayers provided him with all of the information required to accurately prepare the tax returns.  The ultimate question came down to whether the Thomas’s reliance upon CPA Steeves was in good faith.

In this case, Michael and Julie Thomas gave CPA Steeves their power of attorney at the outset of the audit.  It was not until the IRS uncovered the numerous return problems that Mr. Thomas terminated Mr. Steeves, instituted a civil lawsuit against him, and went to the police so criminal action could be pursued.  Before that, Michael and Julie believed in Don Steeves and they relied upon him.

Judge Gerber of the US Tax Court concluded that Michael and Julie Thomas met their burden and showed they had acted in good faith and with reasonable reliance on the advice of a professional tax advisor.  Consequently, the Code Section 6662 penalty was tossed out.

This is a textbook case for applying the reasonable reliance defense to a Code Section 6662 penalty.  The Tax Court clearly and thoughtfully reviewed the elements of the reliance defense.  So, this decision should serve as a good textbook reference if you come across a case where the defense may be viable.  The take-away is simple:  The accuracy-related penalty does not apply to any portion of an underpayment of tax where the taxpayer acted with reasonable cause and in good faith.   A reasonable cause determination takes into account all of the relevant facts and circumstances.   The taxpayer claiming reliance on a tax professional must prove that: