Posts from November 2015.
The IRS Continues to Face Significant Budgetary Constraints—What Does It Mean To Taxpayers?

The Chief Financial Officer’s Act of 1990 (“1990 Act”) was signed into law by President George H.W. Bush on November 15, 1990.  One of the major goals of the 1990 Act was to improve the financial management and to gain better control over the financial aspects of government operations.  One provision of the 1990 Act in this regard established a requirement that the government’s financial statements be audited.  Interestingly, we had not seen comprehensive legislation with this focus since the Budget and Accounting Procedures Act of 1950 was enacted by lawmakers.

As a result of the 1990 Act, the Government Accountability Office (“GAO”) annually audits the financial statements of the Internal Revenue Service (“IRS”).  The general objectives of the audit are two-fold:  (i) to determine whether the IRS’s financial statements are fairly presented; and (ii) to determine whether the IRS is maintaining effective internal controls over financial reporting.

As you may suspect, the success of the tax collection efforts of the IRS directly impacts federal receipts.  Accordingly, the effectiveness of the financial management of its operations is critically important to both lawmakers and taxpayers.

On November 12, 2015, the GAO issued its audit report for fiscal years 2014 and 2015.  The report spans, with attachments, over 150 pages, and contains some interesting information.  Some may characterize the information as downright scary! 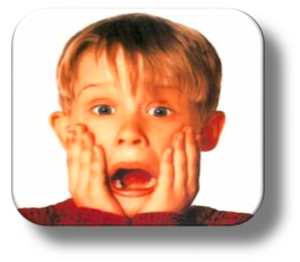 The GAO concludes that the Service’s financial statements are “fairly presented in all material respects.” That is the good news. With good news, however, there is sometimes bad news. This happens to be one of those cases.

The bad news is that the “IRS did not maintain effective internal control over financial reporting as of September 30, 2015, because of a continuing material weakness in internal controls over unpaid tax assessments.” Weaknesses in the IRS systems and errors in taxpayer accounts apparently rendered its systems incapable of readily distinguishing between taxes receivable, compliance assessments, and tax write-offs. Consequently, the IRS, in its financial reporting, had to make over $9 billion in adjustments to the numbers computed by its financial systems. One has to assume this work was both laborious and costly. YIKES!

If that is not bad enough, the GAO noted some continuing and some new deficiencies in the IRS’s financial reporting systems, including:

Together, these problems, according to the GAO, constitute a significant deficiency in the Service’s internal controls over its financial reporting systems. Unless these matters are fully addressed, the GAO concludes that the IRS’s financial data and taxpayer data will be at “increased risk of inappropriate and undetected use, modification, or disclosure.”

The Service already faces enormous challenges relating to safeguarding taxpayer information, warding off invalid tax refund claims arising out of cases of identity theft, and implementing the tax provisions of the Patient Protection & Affordable Care Act. Unfortunately, these are not the only challenges confronting the IRS. As reported in previous blog posts (see "Strong Commentary from Washington Regarding IRS Budget Cuts" and "The IRS Continues to Face Severe Budget Cuts—What Does this Mean to Tax Advisors and Their Clients?"), the IRS continues to face significant budget cuts. Together, these challenges appear to be a recipe for disaster. The GAO report issued on November 12, 2015 supports this scary conclusion. As taxpayers and tax practitioners, we should be concerned about all of these matters. 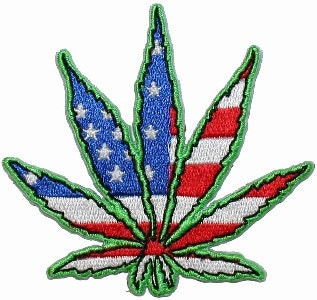 In addition to income taxes, retail marijuana sales in Oregon are subject to a sales tax. This is a tax that is paid by the customer, and collected and paid over to the taxing authorities by the retailer. Interestingly, the sales tax regime has been strenuously resisted by Oregon taxpayers for decades. The Oregon Legislature, however, passed HB 2041, introducing a state sales tax of 17% (with the possible add-on of up to 3% by local governments) on the retail sales of marijuana. Governor Kate Brown signed the bill into law on October 5, 2015. As a consequence, taking into consideration both income taxes and sales taxes, the marijuana industry and its customers may become a big contributor to the state’s tax revenues. I am not sure I could have ever predicted the current state of affairs.