Posts from April 2014.
You're Invited to the 14th Annual Oregon Tax Institute

By Larry Brant on 4.23.14 Posted in Personal Message from Larry

As the Chair of the Oregon Tax Institute (OTI), I would like to invite you to the 14th Annual Oregon Tax Institute scheduled for June 5 & 6 in Portland, Oregon.  We have grown the OTI from a local tax forum into a preeminent tax institute for both tax attorneys and CPAs.  Our topic coverage and faculty this year are fabulous and each one of our speakers is a nationally recognized expert in tax law.  This year’s OTI will be on par with the best tax institutes in the country.

I hope you will join us in June and I encourage you to sign up for OTI as soon as possible.  Also, please feel free to share this information with your colleagues.

By Larry Brant on 4.16.14 Posted in Internal Revenue Service 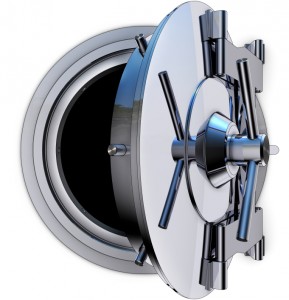 On March 18, 2014, the Internal Revenue Service announced that one of its employees had taken home a computer thumb drive containing unencrypted data relating to 20,000 agency workers.  The employee then plugged the thumb drive into an unsecure home computer network.  While the thumb drive did not contain any data relating to persons outside the Internal Revenue Service, it still put 20,000 individuals at risk of theft of identity and/or financial assets.

Commissioner John Koskinen described the data breach as an “isolated event.”  Isolated or not, his statement likely does not give any solace to the 20,000 affected IRS workers.  This data breach may have been narrower in scope than the recent Target Corp. data breach, but it nevertheless illustrates how vulnerable we are to data breaches and potential theft of identity and/or financial assets in this electronic era.

By Larry Brant on 4.9.14 Posted in Per Capita Distributions

On March 10, 2014, the Internal Revenue Service (“Service”) issued Notice 2014?17 (“Notice”).  The Notice focuses on the tax treatment of per capita distributions made to members of Indian tribes from funds previously held in trust by the Secretary of the Interior and which were derived from interests in trust lands, trust resources and/or trust assets.

The Department of Interior (“DOI”) is responsible for holding these trust funds on behalf of federally-recognized tribes and certain individual Indians who have an interest in trust lands, trust resources, or trust assets.  The Office of Special Trustee within the DOI is tasked with the responsibility of managing these funds. 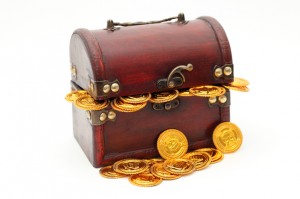