By Eryn Hoerster on 3.3.16 Posted in Succession Planning
PDF 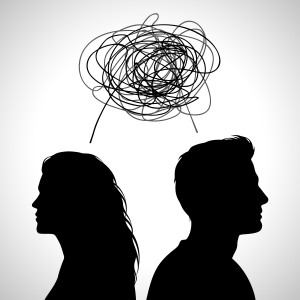 A family feud recently unfolded in the Connecticut probate court, a typical venue for family feuds to play out after the death of a successful business owner. That is the case especially when a contested will is produced favoring one child over another and there are allegations that the decedent suffered from dementia. In this case, adult siblings Dr. Laura Jarmoc and her brother, former state Representative Stephen Jarmoc, dispute whether Stephen looted his father Edwin Jarmoc’s estate starting in 1998 by transferring assets to himself, amounting to unjust enrichment at the expense of Edwin’s estate and Laura, as rightful 50% beneficiary. The Estate of Edwin A. Jarmoc tells the cautionary tale of a family business’s likely demise due to poor succession planning.

Born in 1926, Edwin Jarmoc was a lifelong resident of Enfield, Connecticut where he grew up on his family farm working alongside his father, a Polish emigrant. After attending MIT, University of Connecticut and Trinity College – where he eventually became a professor of electrical engineering – “Steady Eddie” moved back home to pursue his passion for farming on a full-time basis. Edwin operated Jarmoc Tobacco Farm and Weedy Acres Farm Stand (not that kind of weedy acres) with his own family, including wife Eleanor and two children. Eleanor was the financial brains of the business, and stayed in that role almost until her death, while Edwin handled the operational side of the business. Meanwhile, while still working alongside Edwin on the farm, son Stephen obtained an MBA from UConn and became involved in local and state politics. Daughter Laura became a successful physician with a practice 150-miles away in New Hampshire.

After Eleanor passed away in 1998, Stephen stepped in to take over her role in managing the family business’s finances. Stephen immediately formed Jarmoc Farms, LLC in solely his own name, and all the real estate belonging to Edwin’s family business was put into the LLC with the intent of providing liability protection. In 2001, Stephen formed Jarmoc Tobacco, LLC and Jarmoc Real Estate, LLC. Jarmoc Tobacco, LLC was the operating company for the farming operations and Jarmoc Farms, LLC held the land that they farmed. When starting out, Stephen shared his father’s equipment and workers. Although they kept separate farm financial records, Stephen and Edwin initially shared gross sales and expenses 50/50. While the LLCs were solely established in Stephen’s name, no operating agreements existed for any of the LLCs. In a recent court filing, Stephen stated: “Stephen and Edwin had an oral operating agreement, as permitted under Connecticut law, and which was consistent with how the two of them conducted their business, namely, as family.”

Edwin passed away in 2009 at the age of 83. In probate proceedings, Stephen offered a will executed by Edwin in 2004, giving all business real estate and assets to Stephen, with the remainder of the estate to be shared equally by Stephen and Laura. Because of the extraordinary debt incurred by the business at Stephen’s behest, Laura was left with nothing from the estate, and litigation commenced. Among other evidence, records were introduced showing that Edwin began showing signs of dementia at least as early as 2004 – the year of the will and around the same time that Stephen began exercising a greater amount of control over the family business and taking a greater share of the profits. Finally, after many years of litigation, a State of Connecticut Probate Court Judge O. James Purnell, III, recently issued a Decree imposing a constructive trust against the assets of the estate, including the LLCs held by Stephen. The Decree also declared null and void all transfers of and encumbrances on estate property made after Edwin’s death, and ordered Stephen to return to the estate over $2 million, plus half of the business’ profits from 2011 to present, which could total over $5 million. And like any good inheritance dispute, the matter is not over yet. This week, Stephen filed an appeal with the Connecticut Superior Court.

Although six years of litigation does not quite equate the Jarmoc matter to the level of the never-ending and all-consuming Jarndyce and Jarndyce, family business owners and novelists alike recognize the folly and pitfalls of drawn-out estate litigation and its deleterious effect on families and their accumulated capital. Although we will not know the amount of the litigation costs accrued in Jarmoc until the estate is closed – if ever – we can assume that the Jarmoc family and its tobacco farming business would have fared much better with planning from the outset.

In hindsight, what Stephen Jarmoc and his father should have realized is that conducting a business “as family” does not mean that corporate formalities should be brushed aside; if anything, family businesses need to be even more prudent. Although “Steady Eddie” may have been a masterful farmer, he failed to consider how his untimely dementia and ultimate death would affect his family and business in the absence of simple corporate formalities, and careful succession and estate planning.

About Us
Foster Garvey’s Family-Owned & Closely Held Business practice group comprises strategic advisors and core practitioners who understand the intersection between law and the unique challenges of running a family business. With more than one hundred years of combined experience, our family-owned and closely held business practice offers clients extensive resources and a knowledgeable team of family wealth advisors across the United States.
Read More