Who is Winning the Negative On-Line Review Battle? 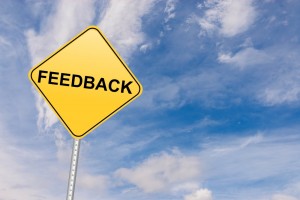 Recently, some businesses have battled negative reviews aggressively by using contracts. One web retailer, KlearGear.com, slapped a $3,500 fee on a customer for violating an anti-disparagement provision in its terms of use on its web-site and reported the customer as delinquent to credit agencies, harming their credit. In another situation, a New York dentist required her patients to sign an agreement waiving any right to comment publicly about her services and to assign to her the copyright in any- after- the fact reviews. While these examples represent creative, albeit desperate, attempts to stymie negative reviews, such tactics may cause more harm than the negative reviews. For instance, the consumer who criticized kleargear.com has sued the company for harming her credit and trying to collect the $3,500 fee.

If a business sues a consumer for a negative review based on breach of its website’s terms of use, a court might void the language if it is unconscionable. Standard consumer contracts printed in small type, that are not separately negotiated, generally will not be enforced because there is unequal bargaining power between the parties, which makes the contract unconscionable. However, this does not mean that every clause that waives the right to provide negative reviews is automatically unenforceable. If these provisions are highlighted, specifically negotiated and supported by some unique consideration (such as a coupon for a free meal) a court might enforce them. But how many businesses want to sue a customer?

Further, it’s very hard to strip a consumer of what many view as a fundamental First Amendment right to criticize. Recently consumer groups have sought legislation that would prohibit businesses from stifling consumer reviews unless a consumer has expressly waived his or her right to give an opinion. Such legislation is pending in California.

So what is a business supposed to do about a false, negative review? That depends on whether it can identify the negative reviewer and whether the review contains legally actionable statements. The First Amendment protects clear statements of opinion as long as the statement contains sufficient facts for a reader to know the basis for the opinion. When an “opinion” implies the existence of undisclosed defamatory facts, it is actionable. For instance, a review that contains hyperbolic, figurative language, such as “the place was a trainwreck” is generally viewed to be opinion and not defamatory if it explains why the reviewer came to that conclusion. In contrast, reviews that contain provable false statements of fact may be actionable. An example of this might be a review that states “the hotel lied about its cancellation policy,” when the cancellation policy is clearly disclosed in multiple places such as on its web-site, in confirmation letters and posted at the front desk. In one recent case, Neumann v. Liles, the Oregon Court of Appeals allowed a defamation action to go forward against a wedding guest who posted a negative review on google.com about the wedding venue. The Court found that the review contained factual statements that were wrong. The Oregon Court found that the fact a plaintiff -business is public does not make the plaintiff a public figure, which makes it easier to prove defamation.  Otherwise if the plaintiff is a public figure the plaintiff must present evidence of actual malice, which means knowledge of falsity or reckless disregard of whether a statement is false.

This month a Lincoln City hotel owner took advantage of the Neumann ruling by suing an anonymous tripadvisor.com user that posted a negative review that stated, among other things, “the owner smokes weed” and the front desk attendant “had phone sex with someone.” The Lincoln City hotel owner may have a hard time discovering the identity of the anonymous reviewer, however.  The First Amendment right to free speech includes the right to remain anonymous. Website owners are extremely reluctant to cooperate in disclosing the identity of reviewers, if subpoenaed by a plaintiff in a defamation suit.  Any subpoena issued by a plaintiff’s attorney will likely be met with a motion to quash. The right to remain anonymous is not absolute, however, and a business can succeed against a motion to quash, if it meets certain criteria that will vary from state to state. For instance in Arizona, the plaintiff must show that (1) the anonymous speaker has been given adequate notice and a reasonable opportunity to respond to the subpoena; (2) the plaintiff’s cause of action could survive a motion for summary judgment for defamation on the elements of the claim, independent of the identity of the anonymous speaker; and (3) a balance of the parties’ competing interests favors disclosure, i.e. issuance of the subpoena to obtain the identity of the speaker.  Other jurisdictions, such as Washington D.C., require a plaintiff to prove that there is direct financial injury caused to the business by the alleged defamation.

While a business may be able to sue the reviewer it cannot sue Tripadvisor.com, and other sites such as Yelp. Congress enacted Section 230 of the Communications Decency Act that shields these from liability, as long as they are simply a platform for messages created by others.

Legal developments continue to swirl over the ying and yang of negative on-line reviews. On the one hand, many businesses have a legitimate concern about stopping unfounded false, negative reviews that will harm their business. On the other hand, consumers now view it as a God-given right to express their opinions about businesses in the many on-line forms that exist today. So stay tuned for further developments.