What is “Suitable Seating” and How Does It Affect My Business?
By Foster Garvey on 6.25.14 Posted in Employment Law, Food and Beverage, Hotels
PDF

California employers are currently scratching their heads over how to interpret “suitable seating” that is required under California Wage Orders. Nancy Cooper, member of our Labor and Employment Group and Hospitality, Travel and Tourism practice team, discusses how that term is defined will affect your business. Thank you for today’s post, Nancy! - Greg 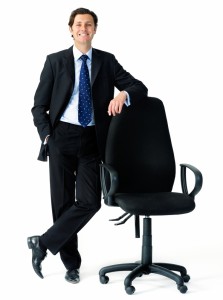 Section 1198 of the Labor Code of California states that the “employment of any employee for longer hours than those fixed by the order or under conditions of labor prohibited by the order is unlawful.

References to the “order” refer to California Wage Orders, which are issued from time to time by the California Industrial Welfare Commission and establish wages and working conditions for a number of industries within California. Section 14 of the majority of the California Wage Orders say that an employer must provide “all working employees” with “suitable seats when the nature of the work reasonably permits the use of seats.” What each Wage Order does not say is what this means.

Even though these Wage Orders have been around for decades, they are only now the focus of many lawsuits. So why now? Well, that is also hard to answer.  These laws were originally focused on allowing employees who worked on certain equipment or in other jobs that were essentially stationary to sit down as they performed their work. There used to be many more “suitable seating” laws across the nation. They appear to have originated in the 1950s and were focused on the increasing number of females in the workplace. They have either remained on the books (though neutralized to be gender neutral) or taken off the books altogether. The California laws came to life with the passage of the Private Attorney General Act (PAGA). Under PAGA (which was deemed to apply to the suitable seating laws) an employee can seek up to a year of civil penalties and attorney fees, including a civil penalty of $100 for each aggrieved employee per pay period for the initial violation and $200 for each aggrieved employee per pay period for each subsequent violation.  So, now there is real money tied to the law. Where there is real money – lawyers will follow.

They first asked the California Supreme Court to clarify whether the term “nature of the work” refers to individual tasks that an employee performs during the day, or whether it should be read “holistically” to cover a full range of duties. As a sub-part to this question, if the courts should construe the “nature of the work” requirement holistically, should they then consider the entire range of an employee’s duties if more than half of the employee’s time is spent performing tasks that reasonably allow the use of a seat?

The second question the California Supreme Court was been asked to clarify is whether an employer's business judgment should be considered in determining whether the nature of the work “reasonably permits” the use of a seat, as well as the physical layout of the workplace and the employee’s physical characteristics.

The third and final question posed to the California Supreme Court was to clarify whether the employee must prove what would constitute a “suitable seat” in order to prevail.

So, what does this mean to the California hospitality industry? It could change the way in which operations are designed and how job expectations are defined. What if a sous chef wants a stool as he does prep work? Can the kitchen design handle the arrangement? How does that reconcile with the hazards of the kitchen workplace? Can it be set up in the often narrow passage ways of the kitchen?

How does the hostess position effectively use a seat and still present a welcoming atmosphere to the clientele? What about the wait staff? If they are given a seated area for use when the floor is not busy – what happens if someone is sitting down when they really should be tending to tables or cleaning the stations?

What about the reception desks at hotels and the spas? Do they give the same image if they are sitting down – even if on a high stool? More importantly, do you now have to change the lay-out of the reception area? Is there enough room for the employees to be seated or use a stool? Is a stool even considered “suitable seating”?

If a job or worksite has been modified as an accommodation to an individual in a wheelchair, does that mean that it is now considered to be a job that automatically can be performed when seated – even when it historically has not been?

It is not known when the California Supreme Court will provide answers to the questions posed by the Ninth Circuit. Any guidance offered by the Court will still be open to interpretation and lead to more suits. The answers will not be specific to any given industry. The Court is unlikely to provide guidance on the interplay with other laws (e.g. workplace safety, OSHA, etc.) as well as define who has the burden to prove the violations exist and that the solutions are or are not reasonable.

Some of the early California cases regarding suitable seating suggest that there may be some considerations available to employers. If a company can demonstrate that there is a genuine customer-service rationale for requiring the employees to stand, the company may have an argument. Depending on the nature of the service provided by the employee, it is acceptable for a Company right to be concerned with efficiency – and the appearance of efficiency – of the delivered service. These early cases have expressed concern not only about safety, but also about the employee’s ability to project a “ready-to-assist attitude” to the clientele. It is not clear that these arguments will survive the California Supreme Court’s analysis. It is anticipated that the answers will only create more questions, so it is well advised to start looking at your facilities as well as your job descriptions now so you can be prepared to take steps to not become the next lawsuit target.