What Employment Law Changes Should We Expect From the Trump Administration? Ask the Magic 8 Ball 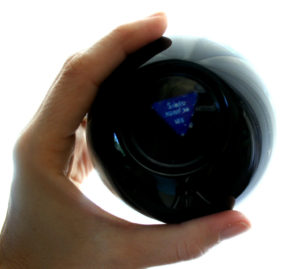 If you had asked me one month ago to predict the winner of the presidential election, I would have been wrong. Therefore, rather than make my own [ill-fated] predictions of the changes that await employers when PEOTUS takes office, I consulted my trusty Magic 8 Ball. Here’s what it predicted:

Will the overtime rule ever become law?

MY SOURCES SAY NO.

We all have heard by now that the Department of Labor (DOL) rules extending eligibility for time-and-a-half overtime pay to some 4.2 million additional workers (including many employees in the hospitality industry) are on hold thanks to an injunction by a federal court judge in Texas. So what now?  The DOL under the Obama administration was expected to appeal the ruling to the US Court of Appeals for the 5th Circuit, but the Trump administration has different priorities and may decide not to pursue an appeal after all.

Is it the end of Obamacare?

Trump promised early and often to his supporters that he would “repeal and replace” Obamacare. However, an outright repeal seems unlikely since repealing the Affordable Care Act (ACA) – which has completely reshaped the healthcare system since 2010 – would create a huge mess for a guy who admits he is a clean hands freak. For one thing, a full repeal would result in an estimated 20 million Americans losing their insurance overnight. We expect the Trump administration to come up with a plan that would gradually roll back many of the reforms brought on by the ACA and replace them with others. For now, employers should simply stay the course and look for a symbolic gesture on Day One followed by the eventual dismantling of parts of the ACA.

How will unions fare?

OUTLOOK NOT SO GOOD.

Many of the changes during the Obama presidency that benefited workers and their unions came as a result of executive orders and departmental regulations. Trump could strike them all with a pen on Day One.

Will the NLRB’s pro-union/pro-organizing rulings and rules be scrapped?

YOU MAY RELY ON IT.

Trump could quickly nix some of the pro-union policies and executive orders created in recent years, such as the “quickie election” rule and the “persuader” rule. Trump’s administration will also most likely reverse course on a few big National Labor Relations Board (NLRB) pro-union/pro-organizing rulings the board made during the Obama years, including Browning-Ferris, a 2015 case that reversed 30 years of precedent in the area of joint employer status. The board had ruled that a company can be a joint employer of an unrelated entity’s employees if it retains the right to control the working conditions of those employees, even if it does not exercise that right. There are two open seats on the NLRB, and those appointments will give Republicans a 3-2 majority. Trump is expected to appoint more employer-friendly members to the NLRB. Unlike the courts, administrative agencies are not expected to follow the doctrine of stare decisis and they can change course at any time. The board could therefore overturn some or all of these controversial rulings if it has the appropriate cases before it. The pending consolidated unfair labor practice charges against McDonald’s USA may provide an opportunity sooner rather than later to re-define the term “joint employer.”

Will the DOL and the EEOC change course?

There are a few areas the Magic 8 Ball predicts we should watch:

Limiting the concept of “joint employer”: Following the NLRB’s lead, the DOL’s Wage and Hour Division issued an administrator’s interpretation earlier this year regarding joint employer status under the Fair Labor Standards Act (FLSA), and the Migrant and Seasonal Worker Protection Act (MSPA). Beginning with the premise that “[t]he concept of joint employment, like employment generally, should be defined expansively under the FLSA and the MSPA,” the DOL announced that it would consider “the broader economic realities” in determining joint employer status. An administrator’s interpretation has no binding regulatory effect, but it is a clear indication of how an agency intends to interpret existing law and regulations. Thankfully for employers, once a Republican administration takes charge, the DOL probably will change its intentions and take a less expansive view of this term.

Reining in the definition of “sex” as a protected class: The EEOC, similarly, may retreat on its previous agenda.  During the Obama years, the agency had taken an aggressive approach to interpreting and enforcing the prohibition of “sex discrimination” as forbidding discrimination based on sexual orientation and gender identity. It’s an open question whether Trump will pursue an agenda that recognizes LGBTQ issues as protected civil rights that have already been decided, or will veer towards a more traditional Republican agenda.

Is illegal immigration front and center for the Trump Administration?

IT IS DECIDEDLY SO.

Trump proclaimed during his campaign that he would mandate employers use the E-verify program to check applicants’ ability to work within the USA. The system is available for employers to use currently, though employers are not required by federal law to use it (note some states do require its use, however). The Magic 8 Ball predicts Trump will mandate the use of E-verify. Under his administration, we should expect to see a dramatic increase in I-9 audits and raids by the U.S. Immigration and Customers Enforcement agency (ICE). This means that employers need to immediately ensure their I-9 processes and documentation are in order. ICE recently released a new Form I-9 that employers must start using by Jan. 22, 2017.

Will the federal minimum wage increase?

During the campaign, Trump stated he was supportive of raising the federal minimum wage from $7.25 to $10 per hour. He also voiced support for the idea that states could set a higher minimum wage.

Ivanka Trump proudly touted during the campaign, and the PEOTUS’s website states that Trump will support a law providing six weeks of paid leave to new working mothers. Paid leave is not part of the traditional Republican agenda. That said, I wouldn’t want to be at the Trump family dinner table in Mar-a-Lago the day the president decides not to follow through on this campaign promise. #Womenwhorisktheirreputation.

Will the Supreme Court be changed forever?

Perhaps the biggest – or should I say bigliest – impact a Trump Presidency will have is on the federal court system. He will now be appointing far different judges that we’ve seen during the Obama presidency, both at the U.S. Supreme Court and at lower court levels, where there are plenty of vacancies. This will have a long-term effect on employment discrimination cases, which are often brought in the federal courts.

Are all the employment and labor laws going to change?!

MY REPLY IS NO.

Many of our federal laws are unlikely to change. For example, the ADA, FMLA, and Title VII are all fairly established laws that share widespread support no matter who is in charge of our country. And don’t forget, states are always free to pass laws in their own states governing a higher minimum wage, additional protected classes, and other employee rights that extend beyond what the federal laws provide.