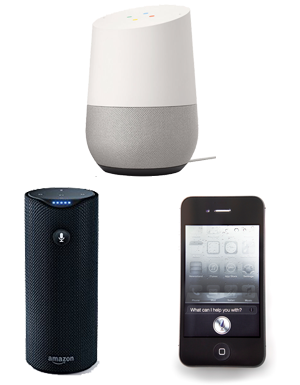 New Platforms Brought to Regulators’ Attention
("Smart speakers, publishing platforms and connected cars prompt antitrust concerns," MLex, January 8, 2019) (subscription required)
Given the lessons learned years ago when Microsoft’s operating system (allegedly) ruled the desktop world, it wasn’t surprising to see reports this past week that European competition experts have alerted the European Commission of the potential gatekeeping power of voice-assisted devices (e.g., Alexa, Siri, etc.). According to these experts, as adoption of these popular devices grows, so does the potential for abusive (i.e. exclusionary) behavior. Hoteliers at times have raised similar concerns with the growing use of these popular devices. Unlike desktop or mobile search applications, which return multiple responses to users’ queries, these devices typically return only one response. If, for example, an online travel agent or particular hotel company was able to strike an exclusive relationship with these platforms (and therefore become the sole supplier of travel products and services), it could effectively shut out other distributors or hoteliers from this increasingly important point of sale.

Google Assistant Interpreter Gets a Test Drive
("Three Hotels Pilot New Google Assistant Interpreter Mode," Lodging Magazine, January 9, 2019)
Speaking of voice-assisted devices and the control they may one day wield...On the heels of Google’s introduction of its new Google Assistant Interpreter Mode at this week’s Consumer Electronics Show (CES), two hotels (Hyatt Regency San Francisco and Dream Downtown (NYC)) announced plans to introduce the new product at their concierge desks (Caesar’s Palace in Las Vegas demoed the new technology during CES). The technology, which allows users of Google Home devices and Smart Displays to conduct real-time spoken conversations and (for users of Smart Displays) to receive written translations in dozens of languages. As global travel increases and hotels’ workforces become increasingly diverse, the potential benefits of such technology for hotels - for either front of house or back of house applications - is obvious.

For those of you attending HSMAI’s upcoming Digital Marketing Conference in NYC or HEDNA’s North American Global Distribution Conference in Los Angeles, please let me know. I would love to see you while there.

Airline Group’s Blockchain Could Bring Distribution System Bypass a Step Closer
Skift Travel News, January 11, 2019
These are very early days, but the airline-owned Airlines Reporting Corp.’s new experimental blockchain, and others like it, could lead to efficiencies for corporate travelers, but also — importantly — distribution alternatives to bypassing the global distribution systems. Let’s be very clear: A potential bypass of the distribution incumbents is not going to happen anytime soon. The death of global distribution systems such as Sabre, Amadeus, and Travelport have been prematurely forecast for the last 20 years. They are an integral part of travel commerce on a global basis, online and offline, and they aren’t going anywhere anytime soon despite intermittent disruptions. The U.S.-based Airlines Reporting Corp., or ARC as it’s most commonly known, announced this week that it fielded a private blockchain proof of concept with United Airlines and blockchain solutions provider Blockskye.