Tipping the Scales: Restaurants' "Service-Included" Trend Is Not for Everyone

By Joy Ellis on 6.8.16 Posted in Food and Beverage
PDF 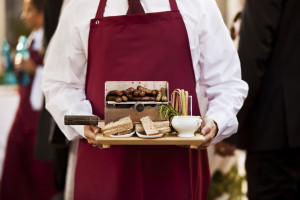 One big trend in the restaurant industry is no-tipping policies, replacing the optional gratuity line on the bill with a “service included” mandatory charge or higher menu prices. After a number of successful restaurants having tried and failed to transition successfully to this model, the service-included model is not necessarily the future of the industry.

There are plenty of good reasons to move to a no-tipping policy: for one, it can bring equity to the all-too-common pay discrepancy between servers and kitchen employees such as cooks, chefs, and dishwashers, who are not allowed to share in tips given to the front of the house. Service-included models also produce steadier pay for servers and bartenders, who don’t have much stability in their take-home pay when it is largely based on tips. Research has shown that diners tend to tip black servers less, and the system can encourage sexual harassment of female servers. From a bottom-line perspective, a built-in charge in lieu of tips can help cover the hard costs of health insurance, sick leave, and higher minimum wages. And customers will know what they are paying up front and will no longer have to try to calculate a tip after a dinner complete with a bottle or two of wine that make math a challenge at the end of the night.

Last October, Danny Meyer in New York City announced that Union Square Hospitality Group would pioneer a no-tipping policy at 13 of its restaurants and raise menu prices accordingly, rolling out the policy gradually in 2016. The first attempt, at The Modern, looks promising in many ways. For one, the restaurant has seen as 200% increase in job applications for cooks. In lieu of tips, The Modern offers its workers an hourly wage plus participation in a weekly revenue-sharing program. So far, the reception by customers and workers has been positive.

In the Pacific Northwest, some popular restaurants are similarly moving to the gratuity-included model. Last year, Seattle seafood chain Ivar’s Seafood Restaurants eliminated tipping, increased its menu prices, and also its workers’ hourly wage to $15 per hour before Seattle’s minimum wage law required it. One year later, Ivar’s has deemed the change a success overall. However, due to customer demand, Ivar added a gratuity line back onto the bill. Meanwhile, Gabe Rucker’s Le Pigeon in Portland has announced it will be eliminating tips in an effort to make staff pay more equitable.

Not all the restaurants that adopted a no-tip model have found it a success, however.

At many restaurants that have tried a no-tip model, customers and staff have sent a strong message: don’t do it. At some restaurants, customers have disagreed with the change and taken their appetites elsewhere. Those who stayed have spent less on their meals. Customers have voiced concerns that the policy takes away the incentive for good service, which they like to reward when they experience it. Customers also don’t always trust that management is passing along the money to the workers.

Some workers have similarly balked at the change. Although the kitchen staff enjoy the higher wages, servers find the new system more stable but often not nearly as lucrative. Many servers who make a great living with the tip model have left no-tip restaurants to work at restaurants with the traditional gratuity model. Restaurants that have changed their model also quickly learned that it could pose a challenge to staff the once-popular Friday and Saturday night shifts, now that everyone earns the same amount whether the restaurant is busy or not.

Many restaurants that publicly announced their enthusiasm for the new system last year have reversed course on their service-included model and recently re-instated their traditional gratuity systems.

Casual dining chain Joe’s Crab Shack was the first national full-service chain restaurant to roll out a no-tipping policy starting in August 2015. The test run at 18 outlets resulted in a loss of 8?10% customers at 14 of the restaurants. Now publicly acknowledged as a failed experiment, the chain announced in early May that it was reeling back its no-tipping policy for all but a handful of its pilot restaurants, and that it will revert to the standard tipping model.

Fine dining establishments have had mixed luck with a change to the traditional model.

In San Francisco, Thad Vogler returned to a gratuity model in January of this year, after a 10-month switch to a no-tipping model that resulted in high staff turnover – estimated at 70% – of previously-tipped employees at his two restaurants, Bar Agricole and Trou Normand. Restaurateur Gabriel Stulman tested a “hospitality included” policy earlier this year at Fedora, one of his New York restaurants, only to conclude after four months that this model was not working for his business. Stulman maintains that his servers earned about the same as what they did previously, and he did not lose any servers when he converted to a no-tip policy. What went wrong? After Fedora raised its prices, customers ordered less food and continued to order wine in the same price range as before Fedora raised its prices, such that the restaurant made less money overall. Faced with either raising the menu prices even further to bring the servers back up to their previous take-home pay or eliminating the service-included model, these restaurateurs opted for the latter.

While service-included models may still be the future of the industry, the recent retreat on the no-tipping policy by those that pioneered the change may leave many restaurateurs questioning whether they should make the change at all.